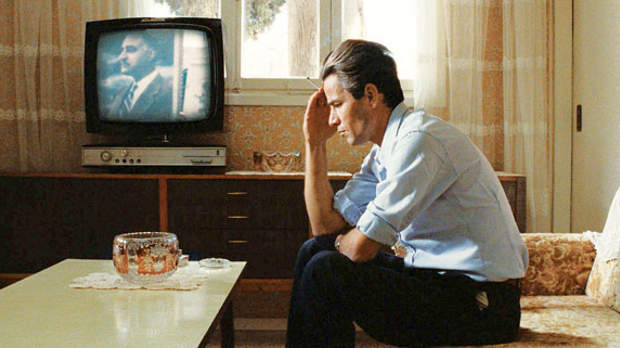 Throughout the month of December, Filmmaker‘s writers will be commenting on their favorite films of the year as well as business, tech, and cultural trends. To kick off, here’s Zack Wigon’s Top 20 Films of 2011.

1. Shame. Shame is unquestionably the real deal when it comes to the easily-melodramatic territory of the Addiction Film – the words “searing” and “raw” come to mind without irony – but what makes it the best film of 2011 is the fact that Steve McQueen seems hell-bent on upending everything we know about how stories are supposed to be told in cinema. For the second time now, he’s made a film which treats exposition as the hindrance to narrative and character development that it is; it’s a narrative philosophy found all-too-rarely in contemporary cinema. The result is a film both subtle and punishingly direct, somehow, at the same time; the tone is economically conveyed in the opening eight-minute sequence, a masterpiece in miniature. This formal conceit is the appropriate gateway to understanding the overwhelming, unrelenting, unspeakable self-loathing its protagonist suffers from. That self-loathing is never explained, only hinted at – during an argument with his sister, our protagonist Brandon is told, “We’re not bad people, we just come from a bad place.” The rest of the work is up to the audience.

2. The Time That Remains. This critic is unsure who coined the aphorism that life is either “tragically comic or comically tragic,” but regardless of its origin, it finds appropriate articulation in the guise of Elia Suleiman’s latest. Adopting a world-weary, cynical absurdist tone which, at times, even drifts (ingeniously) into proto-Chaplinesque comedy, the film evinces an understanding that the past 60-plus years in Palestinian life have been so awful it’s almost absurdly comic. The scene where Suleiman, who also stars, ridiculously pole-vaults the West Bank wall is almost overflowing with pathos.

3. Drive. This is sheer formalist filmmaking at its very best. The story and characters in Drive are unquestionably of the stock variety, but few films in recent years – Birth and Hunger come to mind – display the kind of aesthetic consistency and stylistic mastery found in this picture. Every shot, every frame, every edit, feels exactly right; the sound design plays with subjectivity and diegetic/non-diegetic boundaries in an exciting fashion; and the simple bluntness of the film’s direction finds its physical embodiment in Ryan Gosling’s restrained performance. The film finds a kind of aesthetic purity in its simplicity – simplicity of character, story and style; if Hemingway was alive and directing B-movies in 2011, they’d look like this.

4. Certified Copy. Many clever, semi-snarky comments about the nature of Certified Copy have been made – “It’s Kiarostami’s copy of a European art film!” – but while the film may, at times, feel like an imitation of a European two-hander, or even like Before Sunrise/Sunset, those moved by its theme won’t care. In a film about doubling, copies, fakes and the idea of authenticity, the idea emerges that any art/experience/emotion is fully valid, regardless of its authenticity. Two people pretending to have just met, or pretending to be married, can generate musings and ideas on the nature of love just as valid as those presented by an actually married couple (or a couple of actual strangers). The proof really is in the pudding with Certified Copy, and admirers would be served to check out Orson Welles’ classic F For Fake, to which the film owes some debt.

5. Meek’s Cutoff. With the exception of the Borderline Films gang, Kelly Reichardt may be the only American filmmaker making truly challenging art films at the moment. Her latest, which is both a parable for the end of the Bush years and a genuine exploration of racism and humanism on the Oregon trail in 1845, understands the difference between talk and action in politics, and why it’s important to distinguish between the two.

6. Sleeping Beauty. Certainly the most bizarrely affecting film of the year, Sleeping Beauty feels oddly plausible in the way that a Don DeLillo novel often does; the majority of the film’s strength is in its concept (wealthy old men spend the evening with drugged, beautiful young girl) and the ideas and thoughts that concept, when played out onscreen, generates in the mind of the viewer. About loneliness and power and fear and intimacy all at once, the film’s extraordinary premise provides a gateway into a nuanced understanding of ordinary male-female relations. 7. Mysteries Of Lisbon. We all have our stories: every life, the greatest artists know, is deserving of its own novel or movie. (However, a reality TV show may be pushing it.) Raoul Ruiz’s Mysteries Of Lisbon knows this, and while the film seems at first to be no different from many period-set costume dramas, as its length and narrative web become greater in scope, one begins to realize that the film is greater than the sum of its parts. Featuring a mind-bogglingly dense web of interconnected stories spanning three generations in Portrugal and beyond, the film becomes downright poignant as we begin to understand how each human life is both so dramatic, and yet so small.

8. Poetry. It takes a ballsy filmmaker to wrap a film up with the narration of a poem, dangerously melodramatic as that might be – but such a task is executed beautifully in Lee Chang-Dong’s follow-up to Secret Sunshine. A description of the film’s merits might verge on the parodic or cliché, but this truly is a film about a character learning to find beauty in quotidian existence – such, of course, is the purpose of poetry. The film builds and builds, slowly and with increasing confidence, until it hits you with a wallop in the end.

9. The Turin Horse. Bela Tarr explained that he was quitting filmmaking after The Turin Horse because he doesn’t want to repeat himself, and cheeky as that sentiment might sound, upon viewing the film one is inclined to believe it. The Turin Horse is Tarr boiled down to his essence: we live, we struggle, we suffer, we die; our lives are merely a summation of our daily routines. If Beckett was alive and directing art films in 2011, they’d look like this.

10. We Need To Talk About Kevin. Like Shame, Kevin opens with a brutal, formally exacting sequence – no dialogue, cutting across years of one woman’s lifetime. The sequence, evoking the free-associative qualities of memory and the splintered nature of subjective time, serves well to let us know that we’re about to watch a film about trauma – traumatic events, of course, being those things that fracture time and personal narratives into a million little pieces. The film’s structure becomes more conventional as the film’s story comes into shape, but by that time masterful helmer Lynne Ramsay has us in her clutches.

11. Into The Abyss. This is a film overflowing with empathy. Werner Herzog’s latest doc is ostensibly about a murder committed in Texas and its far-reaching effects on everyone involved, but it’s really about what most of his films are about – life, death, the drama and gravitas found in everyday moments. In this film, perhaps the most affecting moment is found in one character’s story of choosing not to fight back against someone who stabbed him with a screwdriver. That character isn’t even really connected to the murder case the film is seemingly concerned with, but no matter – the stuff of everyday life is what ties together the overwhelmingly human characters in this film. 12. Beginners. On paper, the idea of two people starting to fall in love hours after meeting one another seems unlikely, but possible; throw in the detail that they have barely spoken with one another, and it seems downright absurd. Yet this scenario is the setup for the romance in Beginners, and that party sequence following Ewan MacGregor and Melanie Laurent’s flirtation is sublime in how genuine it is, and how vulnerable and playful the characters are with one another. The best love story of the year is bolstered by Christopher Plummer (perfect) as the gay father coming out in his 70s. The film, on paper, might sound overbearingly twee or quirky, but something that seems contrived in theory can turn out to feel brazenly honest in practice.

13. Melancholia. I’ve seen Melancholia twice, and each time I saw it I had a strong physical reaction. The first time I became somewhat nauseous, and the second time I also felt uncomfortable, anxious, disoriented. No other film has provoked such a physical reaction in me (although certain parts of Enter The Void are called to mind). Lars Von Trier’s evocation of the mind of a depressive, his articulation of the end of the world, is so acute that anyone who isn’t terrified by this film isn’t paying attention.

14. Once Upon A Time In Anatolia. Part Waiting For Godot, part Romanian-absurdist procedural (never mind that the film and filmmaker are Turkish), this film concerns a seemingly never-ending search for a dead body; the killer, trying to find the spot now that he’s in the custody of the police, can’t seem to remember where it is. Over the course of a long evening, as they make stops in various locations, characters share musings over simple matters and cosmic ones; the film takes on a highly existential tone as it methodically reveals the stories of the various characters joined together on this search for a corpse.

15. Cold Weather. A genre film unlike any I’ve seen, Cold Weather makes certain kinds of mystery storytelling more compelling by setting them against an utterly realistic backdrop with fully developed characters partaking in what occurs. The clever context makes the film more effective as a mystery film than most hardcore genre movies.

16. Uncle Boonmee Who Can Recall His Past Lives. The best film ever made featuring a catfish having sex with a princess, Apichatpong Weerasethakul’s Palme d’Or winner is beguilingly simple, an impressionistic film involving ghosts, fantasies, fairy tales and more, all presented with the utmost narrative directness. The result is something that is both enrapturing even as it forces the audience to do a significant amount of work that would typically be done for it in such a fantastical story.

17. The Tree Of Life. Wildly ambitious, this film fails to accomplish what it sets out to achieve, but what it sets out to achieve is to articulate the meaning of life in two and a half hours; even a half-decent try should land it on any top 20 list. The film’s central conceit – the idea of cutting between the big bang/formation of the universe and a simple human story of kids growing up in 1950s Texas – is brilliant, expressing how much each and every human life is unyieldingly yoked to the mysteries of existence. A much-debated sequence featuring dinosaurs seems to be Malick making a point about the unchanging nature of all beings throughout time. 18. Rampart. Occurring somewhere between a ‘70s dark paranoia thriller and a Cassavetes-esque character study, Oren Moverman’s follow-up to The Messenger is a wildly fascinating portrait of a man falling apart, in no small part due to Woody Harrelson’s entrancing performance as said man, a cop at the end of his rope.

19. Carnage. The funniest film I saw all year (and the only comedy on this list, sadly), the excellent script of Carnage helps disguise what a feat of filmmaking this is – at no point did I begin to feel cramped in by the living room in which almost the entire film is set. That’s a testament to the inventive photography of Polanski and DP Pawel Edelman.

20. Martha Marcy May Marlene. This film is directed and shot with laser-like precision; as in Drive, not a frame or edit seems to be off here. The underexposure provides a milky, creamy quality to the images that is reminiscent of Harris Savides’ best work, and the aggressive use of uber-shallow depth of field is absolutely sublime.