As 2012 dawns and the conversation in the film (and greater artistic) community shifts from ‘DIY’ to the advent of the ‘artist-entrepreneur’, I find myself pondering the meaning of all this in my own career and life, while thinking about one of my most enduring inspirations to go it my own way, my friend Cory McAbee. 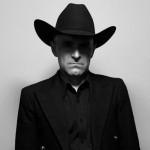 The bulk of this post was originally drafted in the fall of 2009 right after the release of Cory McAbee’s film, Stingray Sam, and was written simply as a fan of Cory’s work and aesthetic. I was first introduced to Cory’s work when The American Astronaut garnered some notoriety out of the 2001 Sundance Film Festival. It was a film that, after a single viewing, locked me in as a true fan. I absolutely loved it. Everything about it. From the film itself, to the accompanying music, all the way down to the DVD packaging and design. I knew immediately that this was an artist, a filmmaker, a musician, that I wanted, and needed, to support.

So, for the ensuing 8 or so years I’d click back to Cory’s site to see what was what, until finally in the fall of ’09 I was very pleasantly surprised to click through and see that Cory had a new film, and that the new film was available right then. I quickly bought the deluxe package which, for $49, I received a digital download of the film and accompanying music, and also received a DVD, CD, collector’s photo booklet, and a Stingray Sam T-Shirt. It was an easy transaction for me, made even better knowing that the revenue was going direct to the artist.

What Cory’s work represents to me is exactly what all the rest of us are seemingly trying to achieve. A progressive film culture that is artist centric and direct-to-fan driven, taking advantage of both new means of production and digital distribution, as well as available social media (Cory and I’s first interaction was via Twitter). So, as I continue forth with my current work(s), I’m decidedly looking to the guy who is a couple steps ahead of everyone else, and firmly locked into the doing, as opposed to getting lost in these conversations about what we should do.

And now, why Cory McAbee is my inspiration… 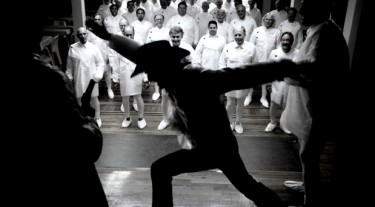 When the so called ‘digital revolution’ took hold in the hearts, minds and working practice of filmmakers everywhere (including right here), it brought with it the promise of a new found creative liberation, wrapped in the package of low cost, high quality digital video cameras and readily available Non-linear editing systems. Now some 12-14 years later, what began as a fresh and experimental cinematic movement, struggling initially to just have its quality of image taken seriously, (so much so that many early ‘digital’ films used a gimmick ala Blair Witch in order to explain away the video footage), has now, in large part, become *the* accepted mode of production.

In the early days, as it were, Lars Von Trier was using 100 video cameras to capture musical/dance sequences in Dancer in the Dark, Harmony Corrine was using every type of digital video flavor under the sun, including small surveillance cameras to capture schizophrenia in Julien Donkey-Boy, Richard Linklater was creating a new animation platform in Waking Life, Bennett Miller was showing what one man with a camera could do in The Cruise, my friend Mike Bruce was re-imagining the western with The Legend of God’s Gun, and Anthony Dod Mantle was redefining cinematography in 28 Days Later. In short, the new medium was informing the work and encouraging experimentation, driving the art of cinema forward (in my humble opinion).

Sadly, the ensuing years, while inspiring a new wave of filmmakers, also seemed to quell (in large part) that initial experimental spark. As ‘digital film’ production became an accepted norm, so did the penchant for ‘digital filmmakers’ to adhere to the Hollywood “way it’s always been done” professional mythos. Slowly but surely, digital films began to look more like their dull predecessors.

In 2001 Cory debuted The American Astronaut, a film that, at the time, went completely against the trend. Trading a new American realism for a fanciful, musical journey through a land of space cowboys, drawing inspiration from western serials of yore, and mixing cinema, music and art into an incredibly engaging and totally original lo-fi-sci-fi musical masterpiece that was not shot digitally, but rather in lush black and white 35mm film.

Beyond my immediate love of The American Astronaut aesthetic, (I have a deep fondness for B&W cinematography, westerns and yes, musicals), I was struck by the boldness of the film, the unflinching vision and the maker’s complete commitment to it. From the set pieces, to shot design, characters, costuming, dialogue, song lyrics, casting, story structure, all of it…a truly free and uncompromising artistic expression that transported you out of your skull, and stirred your creative spirit.

I felt I was watching watching a filmmaker that knew exactly who they were. I was at once completely mesmerized and a bit envious. Knowing who you are, and exactly what it is you do as an artist is such a difficult task. It requires countless hours of practicing your craft, honest self examination and the ability to be objective about your work. I think this is especially tough for those of us working in film, which is classified more as ‘industry’ than as ‘art’, leading one to, many times, respond less to what is going on within themselves and more to what is going on around them in the marketplace, and the anxiety that induces, if you allow it.

As I stated above, after one viewing I had become a true fan. The DVD is in regular rotation around these parts, as is the soundtrack.

In 2009, Cory and crew released Stingray Sam, an incredibly entertaining 6 part sci-fi-western serial that follows the exploits of Stingray Sam (McAbee) and the Quasar Kid (Crugie) as they earn their freedom in exchange for the rescue of a young girl who is being held captive by the genetically designed figurehead of a very wealthy planet. 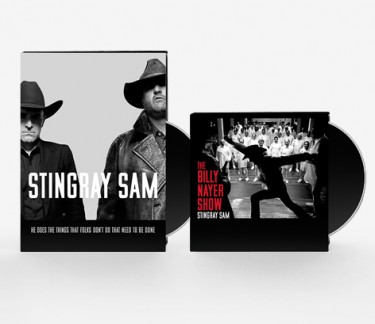 Working digitally this time, McAbee still opts to buck the ‘way in which things are done’ across the board. Instead of a standard feature length film he has created the picture specifically as a serial (6 approximately 10 minute episodes) which he presents in a 4×3 TV style format, lush with 2D planetary landscapes created via photoshop collages made from paintings and photographs; the cast, other than McAbee and the narration of David Hyde Pierce, is not recognizable, the story is simple, sweet and whimsical, carrying forth the cheeky tone of dialogue and song from The American Astronaut, ….and then there is the film’s release.

Stingray Sam has been released in a myriad of formats direct to fans via www.corymcabee.com. No middle man, and never any intention of having one. Building on the ‘true fan’ base of The American Astronaut, McAbee has created a cottage industry for his very specific flavor of cinema exploits.

I know some of this may not sound surprising or groundbreaking, as it’s now quickly becoming the norm, but keep in mind that Cory was experimenting with this long before the latest rush of performers, artists and filmmakers who’ve suddenly decided that direct-to-fan is a road worth traveling. Cory has traveled the world with his films, building a global fan-base with work that has indisputably reached ‘cult’ status, yet, he’s not a household name, he’s not wealthy beyond his dreams, and he’s not supported by industry… he’s just like the rest of us, but then again he’s not. Before most of us even considered embracing the opportunity to go it our own way, or figured out that all you need to do is: do what you do, do it well, keep control of your work, and never be afraid to experiment…he was already doing it. Going forth, I hope to be as bold.

So, as the media digresses on the successes of the Louis C.K.’s, Edward Burns’ and Kevin Smith’s of the world, I would urge you to take a look at the world and work of Cory McAbee, a truly engaging artist and true direct-to-fan pioneer.

Gregory Bayne is a filmmaker living and working in Boise, Idaho. His most recent film, JENS PULVER | DRIVEN, is now available on several cable and internet Video on Demand platforms including iTunes & AmazonVOD, and hits Netflix Instant in January. He’s currently at work on his next documentary feature, BLOODSWORTH: An Innocent Man, about Kirk Noble Bloodsworth, the 1st death row inmate to be exonerated by DNA evidence in the US.