THOUGHTS ON MAX RICHTER AND FILM 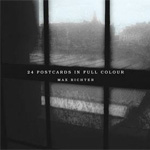 I wrote the below for Filmmaker’s weekly newsletter back in late August when the digital iTunes version of Max Richter’s new album was released. (Each week in the newsletter I try to write something that’s different from what appears on the blog — if you don’t get the newsletter, you can subscribe by submitting your email address at left). Now the CD is out and in the stores, so I thought I’d repost what I wrote here — a kind of musing on the record and some of the new-media related thoughts it inspired.

I’ve been listening lately to Max Richter’s very good new album, 24 Postcards in Full Colour. If you don’t know his work, Richter is an Edinburgh-based composer in the minimalist Philip Glass and Michael Nyman vein whose music often marries itself to other forms of content. His album The Blue Notebooks sets his music against readings by Tilda Swinton of Franz Kafka and Czeslaw Milosz while the following CD, Songs from Before, features Robert Wyatt reading texts from Haruki Murakami. Like a lot of modern neo-classical composers, Richter’s music sometimes sounds as if it should accompany a film and, indeed, he’s been scoring movies too – most recently the Cannes Competition entry Waltz with Bashir.

In the past I’ve liked Richter’s work even as I’ve sometimes felt that his collaborators carried a bit too much of the weight in the collaborations. I’m liking his new record a lot more, however, and I think the concept behind the album is part of the reason. You see, Richter is not calling his new release an album – he says that its 24 pieces are just a collection of ring tones. He writes on the record’s website, “Thinking about how we listen to music now, with the range of options available, I wondered why it is that the ring tone medium has so far been treated as unfit for creative music or… ‘Who says ring tones have to be so bad?’ Actually, there are lots of reasons why this medium is interesting – it is very immediate, personal and democratic – it can easily be used as a way of expressing our thoughts and feelings, to tell stories, and to connect people – which is one of the things music does best.” Richter goes on to say that the album is just one possible ordering of these 24 pieces, which, by the way, are lovely and haunting short compositions for piano, strings and electronics, and that a future performance of this work will feature the audience, who will have downloaded the songs as MP3s on their phones, playing the pieces in response to text alerts from Richter.

I suppose one could just come across this new album by Richter and enjoy these short pieces on their own, but their power is greatly elevated by knowing the concept behind them. Of course, enhancing music through extra-musical ideas is nothing new. There was the program music that flourished during the Romantic era. More recently, there were Steve Reich’s political tape-loop experiments, or Stockhausen’s use of national anthems as a basis for electronic composition. John Zorn, in his Spillane, created a work structured by the scenes, characters and narrative tropes of Mickey Spillane’s crime novels. And then there was Brian Eno’s experiment with ambient music, particularly his Music for Airports, which reminds me a bit of Richter’s work here. When Eno released that seminal album of piano and tape-loop composition, he specifically stated that it was intended to be listened to in an airport – an often tense environment in which the listener, consciously or not, is contemplating his own mortality.

24 Postcards in Full Colour puts a 21st century spin on some of these ideas. Honestly, I doubt anyone will actually use these short pieces as ring tones. But by thinking about them as ring tones, the listener reacts to them in a different way. Ring tones are intended to be comforting, amusing or simply functional intrusions into our everyday life. The more technologically attuned among us can assign different ring tones to different people we know, or, perhaps, change ring tones regularly, making them, when listened to later, audio mementos of earlier times. My Blackberry ring tone is perfectly ordinary – it’s the one that sounds like a normal telephone ringing – so I’m not one someone who’d go to these lengths. But when listening to Richter’s record and thinking about the compositions as ring tones, I add layers of personal interpretation to these short compositions. They start to remind me of people I know, or, while listening to a piece, I’ll think of what moment in my life it might be appropriately linked to. The tracks become scores for memories. So yes, 24 Postcards is just an album but it’s one that because of its concept I’m experiencing and critiquing differently. And for Richter, by embracing the idea that these are ring tones and not songs or compositions he was able to change his own way of looking at his work, putting less emphasis on sustaining compositional ideas over time and placing more emphasis on what is allusive and fragmentary – values that are perfectly suited to short-form work delivered instantly and electronically.

What does any of this have to do with film? Well, while listening to this record and thinking about these ideas I began to ponder again the issue of movie form and content in the internet age. I’ve written about this many times before, but it’s still baffling to me why so few filmmakers are trying to create original work for the web. Perhaps part of the reason is that the things directors and screenwriters have been taught are so important in a feature film – the evolution of character, story arcs, theme and subtext, a three-act structure – are simply not what we should be thinking about when devising work intended to be screened on the web, or on our mobile phone, or delivered via our in-boxes. Maybe to unlock our creativity we need to shift our own paradigms. To forget that we are making films and to think of them as something else. If we sent a video message to a friend, what would it look like? What video might play in one of those digital picture frames in the sets of any one of our screenplays? If the protagonist of your screenplay had a Facebook page, what video might play on it?

Read the Pitchfork review of the CD here.