Mike Jones has quite a scoop over at Variety‘s The Circuit: Christine Vachon (pictured at left) and Pam Koffler’s Killer Films, producers of such Filmmaker Mag favorites as I’m Not There, Savage Grace and Boys Don’t Cry, has sold a 50% stake in itself to GC Corp, a New York venture capital fund. The plan is for Killer to make bigger budget films, in the $40 – $50 million range, says GC Corp’s Adi Cohen. Cohen along with GC Corp’s Joseph Grinkorn (pictured, below right) will join Killer’s board of directors, and former THINKfilm senior v.p. Randy Manis will become Killer’s new CEO. (The New York Times also ran word of this deal in a brief posted on its site tonight.)

Jones notes that the announcement comes less than a month after Killer announced that it would partner with GC, which will provide 50% of the production financing to make William the Conquerer, a big-budget action film that is currently out to directors. 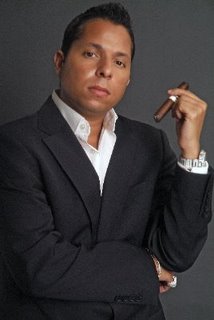 From the piece, which can read in full at the link above:

Cohen explained they are committed to a five year business plan with Killer. “We want Killer to compete,” said Cohen, who said he envisions the company becoming as big a player as Miramax or Fox Searchlight.

“Killer is an undervalued asset,” said Manis. “We’re repositioning it by bringing in a proper infrastructure and development funds to move to the next level. It’ll take us some time to ramp up, but nothing will be too big for Killer.”

Killer’s Christine Vachon is quoted in the piece as saying, “Yes, it’s a big change,” while Killer Films partner Pamela Koffler says, “There is not much good news in the paper these days. So this is a gift. It’s a great opportunity for us to turn a corner.”