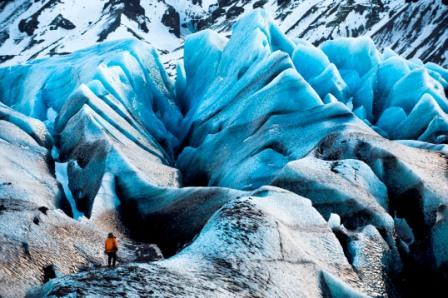 Film is the most powerful art form an artist can work with.  It takes the strengths of different mediums and puts them together, resulting in a piece where the whole is far greater than the sum of its parts.  It leverages the power of photography, music, sounds, silence, words, portraiture, and most of all, time.  When creating a photo book or painting, you never know what the viewer will look at, or for how long.  But with film, it’s a medium where the viewer makes a commitment to the art.  They go into a theater and commit to spend an hour and a half in their seat.  They turn off their phones and completely engage. They’ll suspend disbelief, they’ll see the world, and they’ll be exposed to the truth, all in service to the filmmaker’s vision. The famed editor Walter Murch talks about how the movie theater is the modern-day version of sitting around a campfire.  We gather as a community, sit around the flickering light, and listen to a story.  And at the end of the day, that’s why film is so powerful.  It meets one of humanity’s greatest and deepest needs–to share our stories with others.