THE REAL THING: A BOSNIAN TACKLES FAMILY AND WAR IN “CIRKUS COLUMBIA” 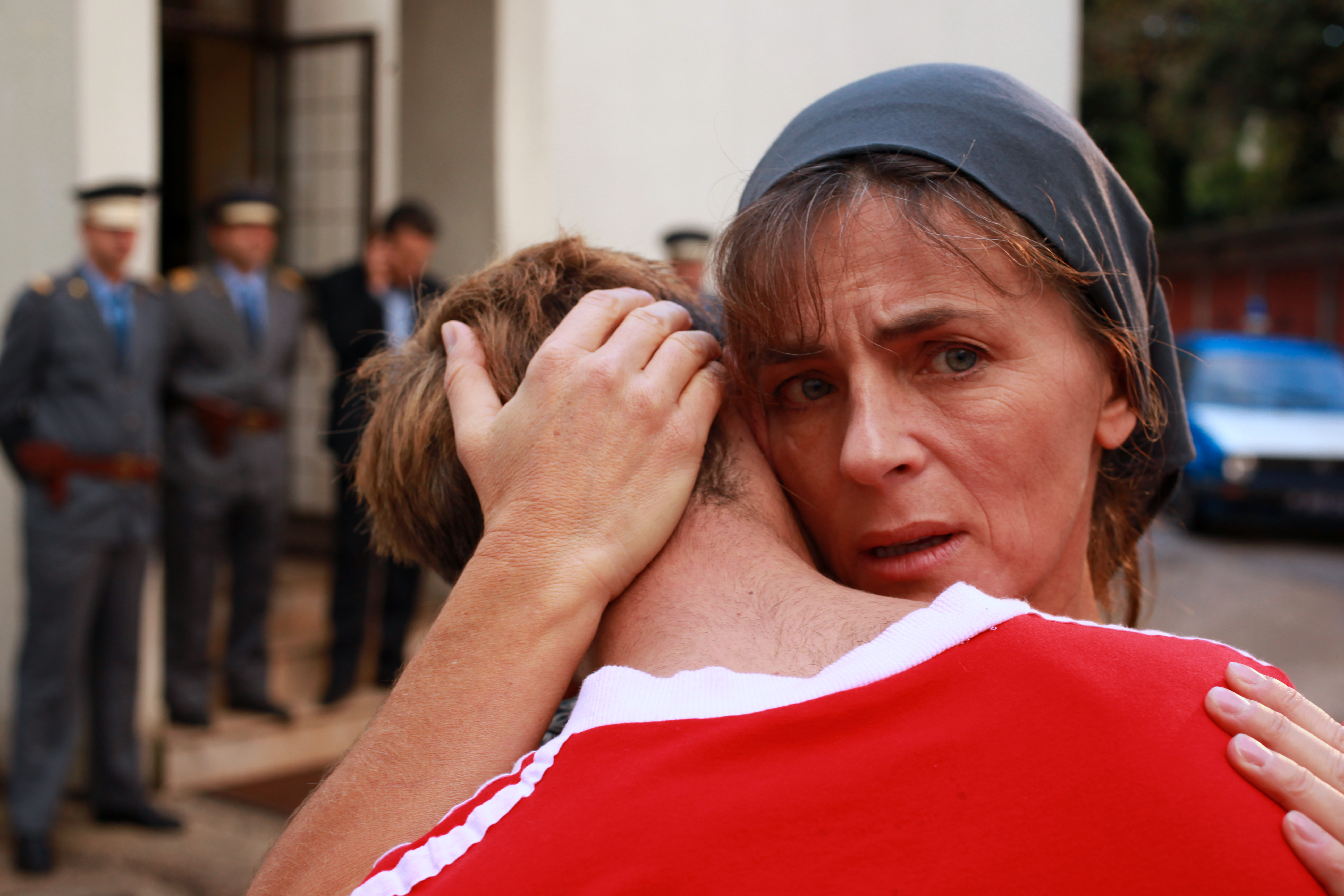 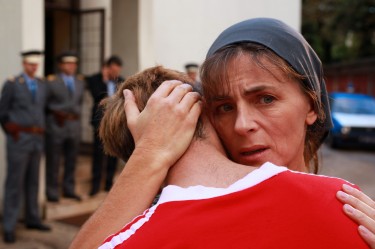 The reliable and gifted director of fluid, sometimes baroque films, known here mostly for his Oscar-winning opera prima No Man’s Land (2001), Bosnian filmmaker Danis Tanovic deftly addresses two subjects others flirt with but rarely grasp, and certainly not when broached in a single film: family and war. With a relatively conventional but appropriate style, Tanovic skillfully weaves together the two topics in his most recent film, the powerful Cirkus Columbia, highlighting their reciprocal impact.

He co-wrote the script with the source novel’s Croatian author, Ivica Djikic. Tanovic examines kinship up front, with the impending war between Croats and Serbs (in Croatia and in Herzegovina, a gorgeous region of mixed ethnic population that is part of Bosnia) coloring the intimate links between family members.

Set in 1991, when the various regions of Yugoslavia were seceding, and with trouble brewing in places like Bosnia and Croatia where Serbs constituted a substantial minority, the film surveys the pre-war mood. You will not find the irony and black comedy that made No Man’s Land such a unique treatment of battle. Instead, here Tanovic goes for a more straightforward narrative, with only incidental humor, that well serves the film’s strong emotional resonance. His gift with affect was already manifest in his short documentary, Dawn (1998), in which he cross cuts between a vulnerable Bosnian war veteran who has lost his arms and the wife and children driving to see him for the first time since his injury. This is the one film that makes me cry every time I watch it.

Cirkus Columbia takes place in a Herzegovinian village where people are too wrapped up in their own personal problems to take seriously telling signs of the conflict to come. The protagonist is Divko (the great Serbian actor Miki Manojlovic), a Croatian who has just returned to his unsophisticated but quaint home town after 20 years of fortune-making in Germany. Instead of war clouds, he channels his energy into obsessively searching for his lost black cat and waxing nostalgic over the backwater town as it used to be. 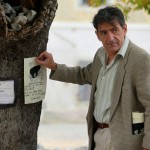 (The title refers to the local carnival, still there after several decades.) He brings with him from Germany a young, shapely fiancé with flaming red hair, Azra (Jelena Stupljanin), who, like his flashy Mercedes, is a trophy of his financial success.

With the help of an old friend who is now the village’s corrupt mayor, Divko has prearranged the eviction of his estranged wife, Lucija (Mira Furlan), and twentysomething son, Martin (Boris Ler), from the family home, which he and Azra quickly move into. When he purchases the beauty salon that employs Lucija, we gain a sense of the extent of the grudge he holds against her (he hates her because she did not join him abroad as promised; she finally explains that she was threatened by the Communist-era powers-that-be that if she didn’t spy for them, they would kill her parents), as well as the intensity of his attachment to her. The emotional yin-yang between Divko and Lucija eventually provides a narrative payoff.

Divko hasn’t seen Martin — too preoccupied he is with his CB radio to think about the political divide going on all around him — since the boy was an infant. As part of his vendetta against Lucija, he attempts to forge an unearned bond with the young man she has cared for all these years on her own.

An Oedipal component is operative. Lucija and Martin’s attachment is a bit too strong, with excessive kissy-pooh and touchy-feely between mother and son (see photo, top). For his part, Martin zeroes in, successfully, on his dad’s girlfriend; a large chunk of the story constitutes a coming-of-age subplot. Azra is skimpily attired for the summer heat, but pretty-boy Martin reveals more flesh than any other character. Lucija’s only other relationship is a genial platonic one with the Serbian captain of the local military barracks, a Serbian-controlled remnant of the rapidly dissolving federal government, itself controlled by Serbs. 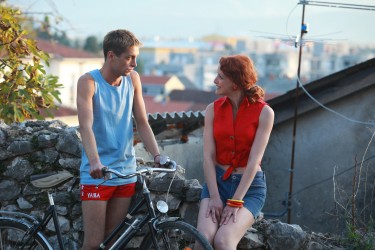 Cirkus Columbia could only have been made by a homegrown director. The same could be said for No Man’s Land. Outside his native country, Tanovic was less successful with the French-language Hell and the English-language Triage, even though both were impressive technically. Besides being a Bosnian and an intellectual, he served for two years as cinematographer for the Bosnian (mostly Muslim, some Croats) army during their war with the Bosnian Serbs (his exemplary wartime doc Portrait of Artists in Sarajevo is a product of that experience).

The reverse is true: Foreigners have attempted to capture on film something of the wars in ex-Yugoslavia while they were going on and ever since. The latest casualty is Angelina Jolie in her screenwriting/directorial debut, In the Land of Blood and Honey, centered on the rape camps set up by the Bosnian Serbs for Bosnian Muslim and Croat women, one strategy in their “ethnic cleansing” campaign. That film reeks of misunderstanding from the first shot (of a painting) until the last (also of a painting). Only someone who grew up in the region and speaks the language could ever get close to the complicated truth. Like No Man’s Land, Cirkus Columbia feels authentic, whereas In the Land of Blood and Honey is but a well-meaning dilettante’s projection of her limited knowledge of the circumstances surrounding a horrid chapter in Balkan history.