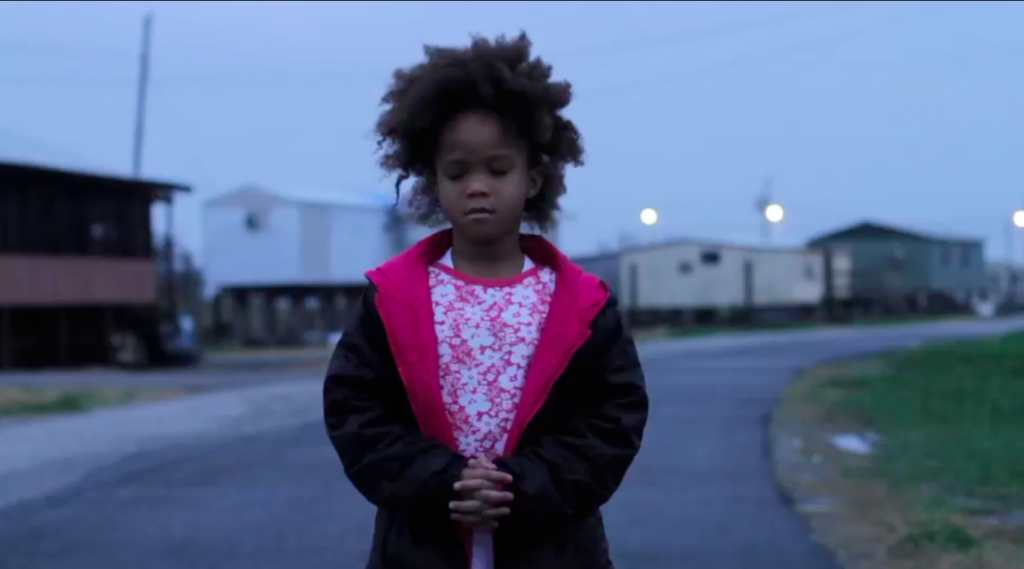 Pushing the boundaries of traditional filmmaking, Behn Zeitlin stands by his decision to make movies involving children, animals, and somewhat fantastical locations and environments. Lauded for his short, Glory at Sea, Zeitlin attends Sundance this year with his first feature-length film, Beasts of the Southern Wild.  Like Zeitlin’s short, his feature debut takes place in Louisiana and aims to capture identifiable human emotions through the journey of a young girl. Beasts proves to be a seemingly mysterious narrative, unidentifiable from its abstract synopsis, but its premiere today in U.S. Dramatic Competition will soon shed more understanding on this highly anticipated film.

Filmmaker: What was the process of moving from a short film to a feature-length film like for you?

Zeitlin: It’s kind of like getting hit in the head in a boxing match.  You’re looking for your brain and it just doesn’t work like it’s supposed to. A short you can keep all in your head all at once. A feature, or a least this one, has this chaotic mystery to it, where you plan as much as you can before you start, but we set up so many unpredictable elements in our shoot that you can only really think moment to moment, things are happening faster than you can control them. So each day you just run out there and try not get killed, it’s a thrill.

Filmmaker: How do you think audiences will react to this somewhat mystical world you have created?

Zeitlin: I think they’re going to recognize it. Because the film, to me, is a piece of realism. The characters, and the emotions, and the aesthetic are all rooted in real people, places, and events. And the elements that are ‘mystical’ are really exaggerations of actual things, the way you can look at something and feel more for it that is actually there, those hyperaware moments are expressed on screen, but the ground is the same ground everyone walks on.

Filmmaker: You mentioned in another interview that you have found yourself using all the things you were taught not to when making a film – children, animals, and the ocean. You are clearly unafraid of such filmmaking “rules.” Now that you have completed the film, do you still feel so courageous? Are you happy you did not limit yourself to these statutes?

Zeitlin: Absolutely. Whatever impact they have on the film, and however unpredictable the shoot became, on a day-to-day basis, that’s how I want to spend my life. If I couldn’t make films I would still be building boats and packing them with animals and children.  The movie comes second to that adventure.

Filmmaker: What is the tone of Beasts of the Southern Wild? Who is this film for?

Zeitlin: The film is for everyone. The movie’s weird, because we made the it in a way that no one else would really be stupid enough to try, but, I know that the feelings it’s trading in are universal. It’s all about hope, glory, courage, wisdom, in the face of loosing the people and places that made you. It’s not a brooding, mopey, art film. Even though it has this folkloric poetic-ness that you don’t generally get in the AMC palace, the AMC palace is deeply present in the energy of the movie. People from both sides of the multiplex / art house line are going to relate to it.

Filmmaker: How has your relationship with Louisiana changed over the time you have been making films there?

Zeitlin: Me and Louisiana are involved in a epic romance that has spiraled completely out of control. I was supposed to get home in October 2006 and that obviously hasn’t happened. It was like I showed up to have a brief affair and now have spawned 7 families or something. We’ve got these compounds full of animals, junk boats stored everywhere, my friends, my family have come down, I’m stuck. I think it’s the only place in America where real freedom still exists. You can do what you wanna, and working the way I like to requires that, so, me and Louisiana are gonna stick together and see what happens.