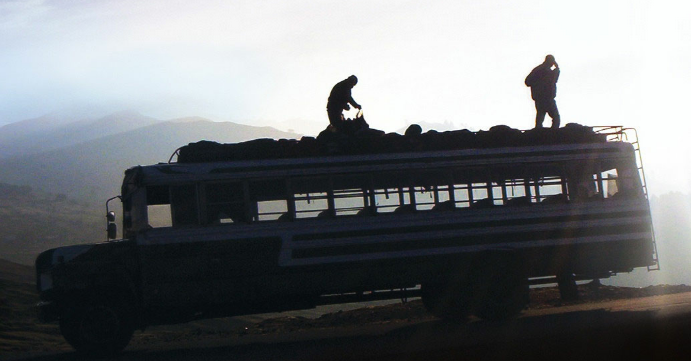 by Michael Nordine
in Festivals & Events, Filmmaking
on Jun 23, 2012

In a very real way, Birth Story: Ina May Gaskin and the Farm Midwives presents the other side of the Pincus coin: where that film teeters near death, Sara Lamm and Mary Wigmore’s documentary focuses on birth. Gaskin, regarded as the “mother of authentic midwifery,” has been present for over 1,200 births, written four books, and lectured across the U.S. and abroad since founding the Farm Midwifery Center in Tennessee in the early ’70s—no slim resumé. Lamm and Wigmore have compiled a great deal of footage from the period – bearded men wielding guitars, fuzzy camerawork, and hippie gatherings are all on prominent display – that seems to be of a bygone era until you realize that so much of Gaskin’s worldview is born of this time, that she’s still carrying a torch most others have long since extinguished. Not only an advocate for natural, harmonious childbirth but also for the mothers themselves, there’s never any doubt that Gaskin cares deeply about the many women she’s helped shepherd through the experience. Hers is a profession somewhat in jeopardy, but her rarity doesn’t make her defensive. The filmmakers are exceptionally straightforward in their approach, providing no narration and few explanatory intertitles; this is Gaskin as told by Gaskin. Birth Story doesn’t always feel like it exists outside of itself – other than the dangers of pre-emptive/unnecessary Cesareans, the story is more informational than implicative – but Gaskin proves a worthwhile subject largely on her own. Far more dispiriting is Kirby Dick’s The Invisible War, which tells of sexual assault and rape in the United States military. The picture that emerges early and often is of a boys’ club that protects its own and either ignores or further harms the women who come forward with accusations. Dick’s film seems poised from concept alone to be the kind of social issue doc that pounds us over the head with a single point, and yet, as with Birth Story, there’s no forceful narration and scarce intertitles—just a series of testimonials from women (and, in one case, a man) from every branch of the military. This is an utterly serious affair, but every moment of outrage and sadness feels entirely earned. Sexually transmitted diseases and pregnancies are commonplace among the victims; so are cases that go unreported. There’s a stigma associated with bringing this topic to light, and several women claim that the “professional retaliation” they faced was worse than the actual rape. All of this is plainly horrific, and it’s to the Dick’s credit that none of it is needlessly amplified. Most unsettling at all is that it really isn’t all that surprising: the hierarchical structure of the military (to say nothing of the machismo it both reinforces and fosters) makes this seem like just the sort of thing that would get swept under the rug.

Complainants’ claims are almost never taken seriously, nor are they assigned to female officials—they’re “too sympathetic” and “always take the woman’s side.” Literally every interviewee’s case has been handled with either incompetence or malice, depending on how much credit viewers are willing to give, and several of them were reviewed by the alleged attacker. It’s a conflict of interest of the worst kind; not unlike similar scandals in the Catholic Church, it raises questions of allowing far-reaching institutions to police themselves when it’s in their own interest to quash cases before they become public. The only catharsis that any of these people experience comes within their own personal lives, not from receiving actual justice. Victim-blaming and equivocation are par for the course here, but we want to believe that this could be a movie with the power to affect an actual change. We’re made to care about its subject without being manipulated into doing so—a hallmark of an exceptional documentary. This war may be invisible, but it’s not without its casualties.

In the case of La Camioneta, making us care about its subject is an exceptionally unlikely task: Mark Kendall’s documentary is about a decommissioned school bus and its reappropriation as a brightly painted transport for Guatemalan workers. Kendall gets to work right off the bat by managing to make the auction that sets events in motion interesting in and of itself; it’s such a distinct sub-sub-culture that it’s hard not to be fascinated. The film then charts the border-crossing path of the bus from somewhere in America all the way to Guatemala on a 15-day trek fraught with potential danger from both conventional “bad guys” and officials alike. “Anything can happen in Mexico,” the wary driver says, and yet we’re left wondering why there isn’t more focus on this aspect of the story. Kendall’s interest clearly lies elsewhere, but this feels like a missed opportunity to emphasize how high the stakes really are. Ultimately, though, La Camioneta is less the story of the bus itself (or even its initial journey) than of the people surrounding its arrival: from driver to “transformer” to buyer, there’s a loose community of people who depend on it for their livelihoods. It’s a deceptively modest work, not to mention surprisingly human.