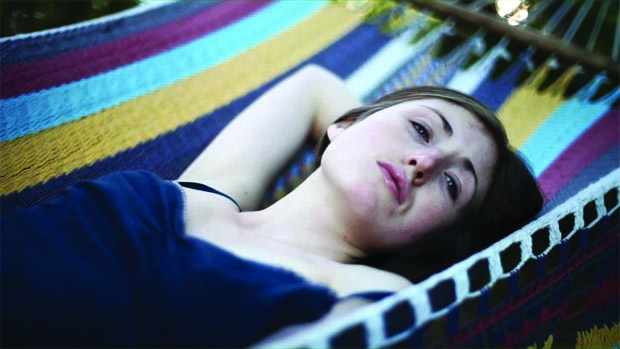 The Oregonian
Factory 25 – October
Defying genre convention is always a slippery slope, especially for a first-time director, but lauded short filmmaker-turned-feature director Calvin Lee Reeder’s The Oregonian takes the tropes of arthouse mysteries and schlocky horror and delicately turns them on their head. Its relatively thin, nearly incomprehensible story gives way to a cinematic experience of great feeling; the dread Reeder conjures, in his story of a bloodied, amnesiac heroine without a name (an adventurous Lindsay Pulsipher) who awakens in the middle of a forest in a wrecked car, is palpable and hard to shake. – Brandon Harris

V/H/S
Magnolia Pictures – December 4
Through six found-footage-style shorts, each by different directors, V/H/S captures many of the classic horror tropes while avoiding feeling stale and formulaic. Adam Wingard’s Tape 56, which sees a group of guys break into a dilapidated house to find a particular VHS tape, serves as a framing narrative in which the other five chapters of the anthology unfold. From the visceral scares of David Bruckner’s Amateur Night to the slow-broiling tension of Ti West’s Second Honeymoon, these shorts cover a multitude of tones and genres (from slasher to haunted house) while maintaining a cohesive thematic bent. In a shooting style and narrative structure that easily could’ve fallen flat, V/H/S manages to become one of the more creative, enjoyable, and scary horror movies in recent memory. – Billy Brennan