The Week in Cameras: The Empire and the Rebellion 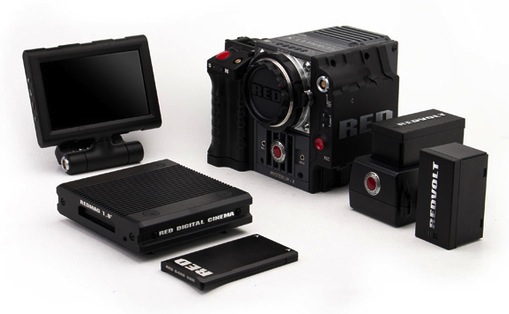 by Michael Murie
in Cinematography, Columns, Filmmaking
on Nov 5, 2012

This week saw Sony announce two new cameras, the PMW-F5 and PMW-F55, as well as some details about 4K recording for the NEX-FS700. Unfortunately, they didn’t announce many pricing details, other than the $2,000 price for the interface unit for the NEX-FS700. The cameras are expected in January, and pricing information will probably come sometime in December, but we have been left to depend on whispers from those who say they have been told numbers, even though Sony continues to say that they haven’t told anyone the prices.

That said, it appears that the PMW-F5 will be under $20,000 and the PMW-F55 will be around $40,000. The consensus seems to be that these cameras could seriously challenge RED, and probably Canon as well.

It will be very interesting to see how things shake out over the next few months; how will Sony price their new cameras, and will Canon make any change to the pricing of the C500 and the C300?

Canon Enforces MAP
The same week that prices for some cameras tumbled, Canon starting enforcing MAP (Minimum Advertised Price) rules for their DSLRs and lenses. This resulted in the 5D Mark II effectively going up $100, while the 7D went up $42. The pricing for their EOS cinema camera line is basically unchanged, though the C300 does currently have a $1,000 rebate.

Disney buys Lucasfilm
The other big news of the week was the purchase of Lucasfilm by Disney, and the possibility of a seventh Star Wars film. Sometimes it’s easy to forget how much Lucasfilm pioneered film effects through both Industrial Light & Magic and Pixar.

It was Lucasfilm that persuaded Sony to add 24p support to their High Definition video cameras. Larry Thorpe, who is now Senior Director, Professional Engineering and Solutions at Canon, worked at Sony for many years, and told the story of how when Sony was developing HD video cameras, they were only interested in television formats.

Lucasflm, after seeing the first HD cam, were very excited. “This is it, now if you’d just make it 24 frame,” they told Thorpe. Thorpe spent two years trying to convince Sony Japan to add this feature, but with no luck. Finally, in 1998 Thorpe told Lucasfilm they had to come and sell it at a SMPTE dinner that many Sony technologists would be attending:

Rick McCallum, George Lucas’s producer, led the team from Lucasfilm and he gave the most marvelous explanation to all the engineers on why “If you build it, they will come; you will never get HD into the moviemaking world until you make 24 frame, and the day you do that they will come.”

The first major motion picture to be shot digitally was Star Wars: Episode II the Attack of the Clones, in 2002.

NotesOnVideo: How Lucasfilm got Sony to 24p