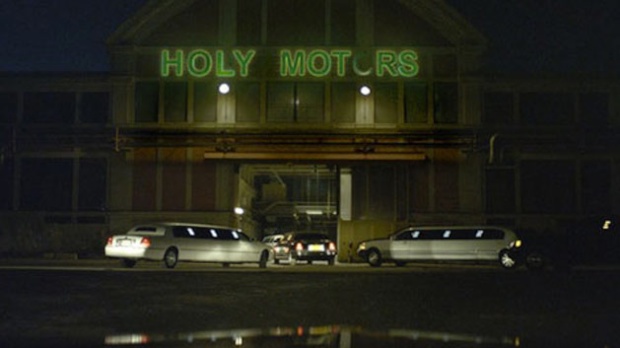 I couldn’t agree with more the top spot on Cahiers du Cinema’s naming of Leos Carax’s melancholy ode to cinematic decline and reinvention, Holy Motors as the best film of the year. At this point it’s #1 on my list too. But the other selections on their top ten…? Let’s just say it’s an eccentric list. David Cronenberg’s experiment in DeLillo adaptation, Cosmopolis, is in the second spot. Interestingly, the two films were compared to each other during Cannes as both are episodic works dealing with protagonists driven around in limousines. Number three is Francis Ford Coppola’s under-seen (including by me) Twixt. Also on the list are not one but two Abel Ferrara films, 4:44: Last Day on Earth and Go-Go Tales, which played Cannes back in 2007 but only appeared in theaters in the last year. (In New York it played a few days at the Anthology.) I’m a huge Ferrara fan, but neither of these I’d place in his top tier. I was happy to see New York indie Ira Sachs make the number ten spot with his Keep the Lights On as well as Jeff Nichols’ Take Shelter in what appears to be a three-way tie for number 4.