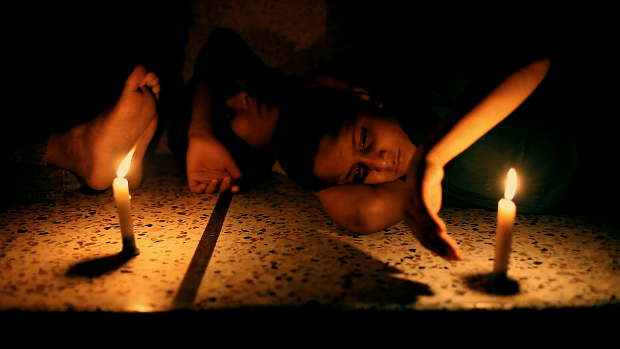 Omar Mullick and Bassam Tariq are among a handful of directors selected for Filmmaker‘s “25 New Faces” in 2012 who are taking their debut features to this year’s SXSW Film Festival (alongside Penny Lane and Brian L. Frye’s Our Nixon, Ornana’s euphonia and Hannah Fidell’s A Teacher). Mullick and Tariq’s These Birds Walk, an alumni of the IFP Documentary Labs, is a moving and lyrical portrait of a home for young runaway boys and street children in Karachi, Pakistan, run by the humanitarian Abdul Sattar Edhi and his Edhi Foundation. The beautifully shot film (lensed by Mullick, a former photographer) was picked up by Oscilloscope prior to its world premiere at True/False last month. In the days leading up to These Birds Walk‘s first SXSW screening, Mullick and Tariq chatted with Filmmaker about their collaboration.

Filmmaker: How did you find the story for the film? Was it always clear what your focus would be?

Tariq: Initially, we were going to focus on the revered humanitarian who bookends the film, Abdul Sattar Edhi. But he seemed disinterested in the film and told us to look at his work if we wanted to know him. We took up his challenge and found this small runaway home for boys that his foundation runs. At the runaway home, we met the main subject of our film, Omar, a young, charismatic boy who had fled his family yet yearned to be with them. As we finished filming his entire arc, we weren’t sure if Omar could carry the film.

Filmmaker: We were lucky enough to screen our film as a work-in-progress at True/False last year. The screenings were pivotal in us figuring out what we need to do to make the film stronger.

Mullick: The original incarnations of the film were everything from a 90 minute visual tone poem to a short biography on Edhi. Omar’s narrative took center stage as we pieced together all the narratives we shot, and there were a considerable number of those that never made the cut. The stakes of the boys going home was so impossibly high and the results so shocking and varied that those particular narratives, and Omar’s first and foremost, soon became the most compelling strand of our film. At that point, the decision – through multiple screenings as a work in progress at True/False and for peers – we concluded that we would have to go back and flesh out the runaway boy’s narrative into a full film.

Filmmaker: What were your aesthetic reference points for the film? And who are you particularly influenced by as documentarians?

Mullick: I was taken by two particular films going into this: Streetwise by Martin Bell and Mary Ellen Mark; and Three Rooms of Melancholia by Pirjo Honkasalo, both dealing with children, in one case the war in Chechnya and in the other life on the streets in Seattle. Add to that my own disillusionments and suspicions of documentary photography, which is how I had worked, and you had a very narrow focus of influences and also a very high bar. Both of these films are modern classics. And both sidestepped conventional narratives. Streetwise pushed verite as far as I could imagine it pushed, a challenge I wanted to take on, given the kind of access I imagined Bassam and I could get. And in the case of Three Rooms of Melancholia, it simply jettisoned every rule I was aware of in film with a rigorous and lyrical meditation on war. More than that, the rule breaking was not arbitrary. It invented its own visual language and then drew you in impossibly to a position of empathy that even now remains – for me, at least –  the highest ideal of documentary work when looking at troubled regions.

Tariq: I never cared much for documentaries when I was growing up. Music was my obsession and that led me to discover the difficult Radiohead documentary, Meeting People Is Easy. It was a sullen meditation on fame, touring and expectations. The story isn’t spoonfed to you. Grant Gee, the director, makes you work for it. It took the young, 14-year old Bassam multiple viewings to understand what the hell the movie was about. But when I figured out what it meant to me, a new love for documentaries and non-fiction cinema unfolded.

Omar threw a couple of documentaries at me including Streetwise and this one obscure film called Three Rooms of Melancholia. Three Rooms was heart-wrenching, difficult. I paused it multiple times just to exhale. It showed the tragedy of war with open ended metaphors. It never said too much. It let you connect the dots. It will leave you thinking of God. Which is difficult to face, whether you believe in one or not.

Filmmaker: What were some of the biggest challenges you faced in making this film?

Tariq: Gaining people’s trust. Learning to adapt to change. Lack of funding. We had no foundation backing during our first two shoots in Karachi which is a blessing and a curse. Curse because you are running literally on nothing. A blessing because there is complete autonomy. We were able to dream up the wildest ideas of how we wanted to make this film.

Mullick: Pakistan has its own pace and rhythm. You surrender to it and adapt, or you try to change it at your own peril. And it doesn’t change. In the end, I think we may have succeeded with some of our goals if only out of tenacity more than anything else. We kept going back and often refused to take no for an answer repeatedly. Good humor and the humanity to know when to put the camera down, too, also helped I think gain trust.

Filmmaker: What is it that makes you good as collaborators? What particular qualities do each of you bring to the table?

Mullick: My gratitude for the collaboration we have is captured by a few incidents. One is where I was sure that we had a moment in the can, and Bassam pushed to linger around a little longer, sure that something else would surface. It did. And another moment was, after a particularly defeating day, I wanted to shoot a conversation between the runways from a riskily distant position, which I think verbally could not have made much sense. That we both unhesitatingly supported each other’s impulses in those moments has made the film and collaboration richer. Also, we had two rules on our shoots: never to blame the other for a misstep and just push on with the next shot; and two, never to edit while shooting, meaning that we would shoot every idea tabled and sort them out later.

Tariq: I think we both are willing to learn from one another and don’t dismiss any ideas that are thrown. We try them all and are respectful til the end. I’ve started to realize there is no wrong answer in any of this. There are different tastes and ideas. You want to work with people that may have different tastes but have the same creative rigor and ambition that you are striving for.

Omar’s shooting is masterful. There is no other way to put it. Sadly, there is so much incredible footage that has been left on the cutting floor that no one will see. Since he did such a great job on the visual side, it was my responsibility to make sure the aural experience was on par. So the sound mix and scoring was largely supervised by me.

Filmmaker: You were in the IFP Doc Labs last year. How do you feel that experience benefited the film?

Tariq: Being first-time filmmaker’s, IFP gave us a footing in the NYC film community. They helped us build a support network of like-minded filmmakers that are in the same boat as us. It also gave us Milton. And Milton is that wise, older brother that you bother with emails and phone calls at all hours of the night.