“How Do You Get Anybody to See It?” Paul Schrader on Taxi Driver and 21st Century Filmmaking 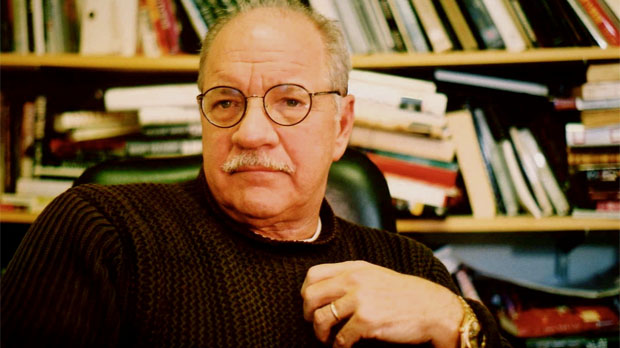 by Allan Tong
in Directors, Filmmaking, Interviews, Screenwriting
on Apr 24, 2013

Paul Schrader presented a screening of Taxi Driver in Toronto last weekend and spoke to the capacity audience of 450 at the Royal Cinema for an hour afterwards about his career and the changing state of filmmaking. As part of the Seventh Art Live Directors Series and presented by The Royal, he also showed a scene from his forthcoming The Canyons, starring Lindsay Lohan.

Many in the audience watched Taxi Driver for the first time on the big screen, since many were not even born when the film shocked audiences in 1976. A major critical and box-office success, it launched the careers of screenwriter Schrader and director Martin Scorsese, and turned Robert De Niro into a superstar.

“Darkness was taking over,” Schrader recalled to the audience. It was spring 1972 and an affair had wrecked Schrader’s marriage. “I was drifting, living in my car and having dark thoughts.” A chronic pain in his stomach was diagnosed as a bleeding ulcer. He was 26. “When I was in the hospital, the metaphor of a taxi came to mind, this metal coffin that was floating through the open sewers of the city and this young man was trapped inside this metal coffin who seemed to be surrounded by people, but in fact was desperately alone in prison. It became a metaphor for the life I was living.”

Though a respected film critic, Schrader didn’t see his first movie until he was 17. His parents were strict Dutch Calvinists who forbade movies, TV and even Pat Boone in their household. When Schrader moved to Los Angeles in 1968, he encountered culture shock: “I was right in the midst of all the counterculture. I was involved in radical politics and the drug culture.” However, he felt out of place, a condition he channeled in Taxi Driver: “When I wrote the screenplay, it was about a person who…wanted to be part of the crowd, but can’t get through this pane of glass.”

Anti-hero Travis Bickle, he explained, became his “exorcism voodoo doll.” “I had to write this thing in order to not be this thing.” From the sofa of his ex’s unheated house in Los Angeles, Schrader knocked off two drafts one right after the other in 10 days. “I wrote this thing in a kind of fever.” After returning to his day job as a film critic, Schrader was interviewing Brian de Palma about his 1973 movie, Sisters. Over a chess match one day, Schrader said, “Brian, I wrote a script. Maybe you’d like to read it.” De Palma did, then handed it to his friend Martin Scorsese. “One thing led to another,” explains Schrader, “and three years later it got made. That was my journey.”

Remarkably, little changed from page to screen as Schrader avoided the development hell of endless rewrites. “I think rewriting in some ways is overvalued,” he said. “When somebody says to me, ‘I want you to read this script. I’ve been working on it for three years,’ my hearts skips. If somebody says, ‘I just wrote pieces of stuff over the last few weeks. It’s just an idea,’ I want to read that one. I want to read what just popped out of your head and you didn’t think about too much. Screenwriting is overvalued, because how else do screenwriting teachers justify their existence?”

One of the few scenes that Schrader left open to De Niro’s improvisation was the infamous “You talkin’ to me?” In his memoirs, Clarence Clemons claimed that De Niro lifted the line from Bruce Springsteen. Schrader heard a different story: “Bob was in a deli downtown and there was a Jewish comic whose routine was to go from table to table and say, ‘Hey, you talkin’ to me?’”

Schrader couldn’t write Travis Bickle today: “As you get older, it gets harder and harder to do films about male loners.” The film industry itself has evolved beyond recognition: “I had begun at the end of the studio era, then the industry changed to independent films. Then, the industry changed again.” The Canyons, due to be released this summer, was a DIY project. Schrader and two partners chipped in $30,000 each and raised more off Kickstarter. “We cast on the web and got 600 auditions from around the world,” he explained. “We crewed up on the web.” Remarkably, screenwriter and novelist Bret Easton Ellis connected to leading man and real-life porn star James Deen by blindly tweeting.

Schrader has mixed feelings about the process. “The new technology allows people to make films very, very cheaply, but it also unhinges the vital connection that has existed for over 100 years between capitalism and motion pictures.” Filmmakers are now free, he explains, to “make movies the same way you can make poetry, songs, paintings. You can make it for no money.” However, the disconnect between supply (audience) and demand (filmmaker) inherent in capitalism means that “we are in an era when you can make a film for nobody.”

He soberly noted that of the thousands of films submitted to Sundance last year, only 100 or so were chosen and of those only a handful landed distribution deals. “The entire dilemma of filmmaking has changed. It used to be how you get the money to make the film. Now it’s how do you get anybody to see it?”

Schrader even questioned the value of film festivals, adding that the rejections by Sundance and SXSW to The Canyons was “fortuitous.” “If we had gone, we would spent a bunch of money it wouldn’t have helped us at all.” Instead, he sold The Canyons to IFC. In fact, Schrader is growing more interested in making multi-hour TV series. He considers the ritual of an audience sitting in a dark room and watching projected images to be an outdated 20th century concept. “We watch relatively little filmed entertainment in that context anymore. I’m like the next person. I watch films on my iPad or my phone. I’ve seen most of Mad Men on my phone. If I were your age, I don’t know if I would be thinking of theatrical films anymore.”

When he started in films in the late ’60s, the industry was in a creative crisis, grappling with the anti-war movement, the drug culture, women’s lib, civil rights and gay rights. “Out of these new themes, we needed new heroes,” he explained. “My generation created new heroes and new movies. It was very exciting for about 10 or 15 years. Now we’re in a deeper period of crisis, only it’s not a crisis of content, but over form….we don’t know what movies are anymore.”

Due to technology, he worries that the film industry doesn’t know how pay for movies anymore or how to collect revenues. “YouTube is a movie and so is Mad Men and so is Oblivion,” he said. “Some people think we are in the era of transition, but I don’t even think that. I think we’re in a period of permanent change now. Whatever you believe about filmed entertainment will be morphing for the rest of your lives so fast that it will never really settle down.”