Cannes 2013: Soderbergh’s Behind the Candelabra and Refn’s Only God Forgives 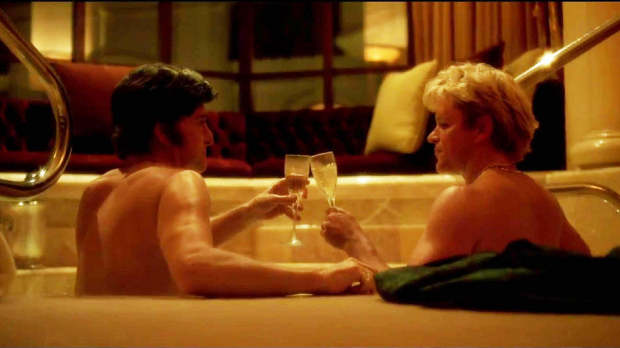 If Behind the Candelabra is Steven Soderbergh’s last film before he retires to pursue other interests, it serves as a fitting tribute to his fascination with celebrity and to his ability to depict complex emotional relationships in an accessible and engaging fashion. The film depicts the tumultuous relationship between Liberace (Michael Douglas) and his lover, Scott Thorson (Matt Damon), during the last few years of the pianist’s life, relating the story primarily from Scott’s perspective as he is welcomed to see behind Liberace’s widely recognized stage persona and to gain access to the person behind the image.

When the film opens, we are introduced to Liberace at what is near the peak of his career. Adoring fans swoon as he tells stories, plays hammy music and leads the audience to sing along. He is a master of appearing to confide in his audience without really revealing anything, but with just a few piano notes, he has the audience hooked. One of those fans is Scott, who manages to meet Liberace backstage and who charms the older man by showing concern about his blind dog. Thanks to this act of kindness, the two quickly enter into a romantic relationship that morphs into something closer to a father-son relationship, even to the point that Liberace offers to adopt his younger companion and seeks to remake Scott into a younger version of himself. The film then traces their relationship as it evolves over several years — including the end of Liberace’s life, when he became one of the first public figures to die of the AIDS virus.

The relationship scenes work well, in no small part, because of the chemistry between Damon and Douglas who both bring emotional range to their roles. Damon is able to balance Scott’s youthfulness with a canny awareness of his circumstances. Douglas brilliantly captures Liberace’s showmanship while complementing that with a mercurial personality behind the scenes, in which he is capable of tremendous generosity and equally capable of cruelly rejecting someone who has hurt him. Douglas brings a great deal of gravitas to these depictions of Liberace’s unguarded moments when the performer finally is allowed to simply be himself.

Given some of Soderbergh’s public statements about the nature of the Hollywood marketplace, it is tempting to see Behind the Candelabra as a veiled commentary on the ravages of celebrity. Liberace’s autobiography, The Wonderful Private World of Liberace, mentioned briefly in the film, is shown to contain a wide range of fictions about Liberace’s sexuality. Soderbergh’s movie might also be seen as a quiet endorsement of gay marriage in its depiction of Liberace’s attempts to provide for Scott during the early phases of their relationship. But I found the film to be most compelling in its exploration of the concept of family and of Scott and Liberace’s attempts to negotiate a father-son relationship between two people who were often excluded from more traditional notions of family. 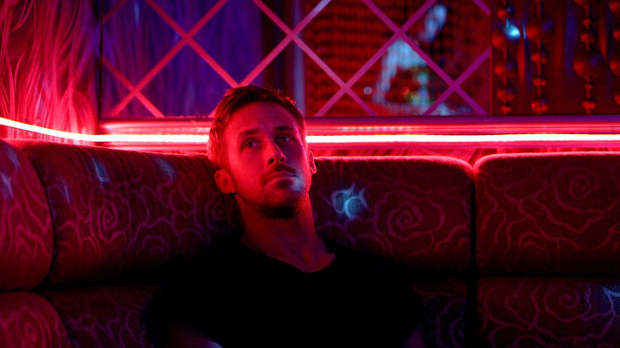 One of the more polarizing films of the festival was Nicolas Winding Refn’s Only God Forgives. Unlike most press screenings, where films usually receive polite applause, during my early morning press screening, it received initial enthusiastic cheering, which was quickly drowned out by equally loud booing. This lack of consensus may reflect a distaste for the graphic violence depicted in the film, but it might also be connected to the film’s tone, which seemed to offer little context for how we are meant to interpret the violence.

Refn’s films often seem to be about the spaces the characters inhabit and about creating a sense of mood. This moodiness worked quite well in his previous film, the critically acclaimed Drive, but in Only God Forgives, the focus on style seemed excessive. Like Drive, the film features Ryan Gosling, who plays Julian, a boxing coach and drug dealer working in Bangkok who finds himself pressured by his mother (Kristin Scott Thomas) to avenge the murder of his older brother, Billy. Where Julian is quiet and reflective, Julian’s mother is brash, loud, blunt, and manipulative, and although Julian is reluctant to go after his brother’s killers, his mother manipulates Julian by questioning his masculinity and his devotion to her and dead brother.

The film, however, seems to be less about plot than it is about atmosphere. Bangkok, as it is imagined by Refn, involves monochromatic settings — red- or yellow-lit basements mostly, where patterned concrete walls cast shadows on the faces and bodies of the characters, or where exotic dancers stand behind beaded, red curtains in self-consciously “Oriental” settings. The effect is a kind of mood poem rather than a logical revenge plot built around complex characters, and the film moves jarringly between scenes of often-intense violence and scenes of elliptical conversations between characters.

On the whole, Only God Forgives left me feeling cold. For the most part, it doesn’t really ask Gosling to act, as much as inhabit the role of Julian, staring blankly in the distance, ostensibly projecting depth when there doesn’t appear to be any. The film has a distinct style, one that builds upon Refn’s previous work, but in this case, the depiction of a hellish underground world of crime didn’t really seem to take us anywhere.