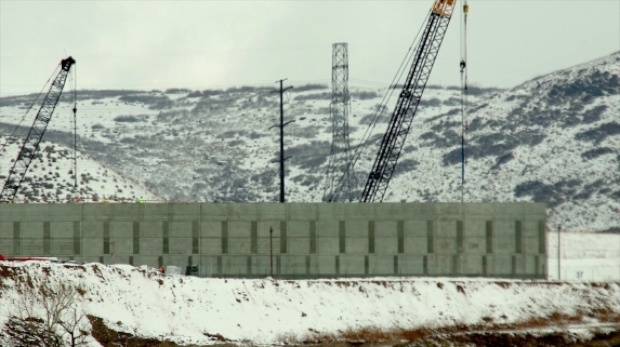 Like everyone, on Wednesday I read Glenn Greenwald’s Guardian report, “NSA collecting phone records of millions of Verizon customers daily.” I was outraged, but I can’t say I was shocked. I’ve known for some time —- since I was a teenager — that the NSA routinely scoops up all international communications. More to the point, I’d already written this info myself, on this site. In covering filmmaker Laura Poitras’s event at the Whitney Biennial last year, I described the presentation of her guest speaker, Bill Binney, the NSA whistleblower whose warnings have alarmed privacy advocates for years. I wrote: “Slides flashed, of the anonymous desert buildings that house the servers that index our every email, phone call, transaction.”

The next day, I heard about the Washington Post piece that elaborated upon this story, adding the information —- drawn from a highly-classified government Powerpoint presentation — that the U.S. is scooping this information from not only telcos and internet providers like Verizon but directly from the tech giants — Google, Facebook and, since 2012, Apple — themselves. From the Washington Post article, “U.S., British intelligence mining data from nine U.S. Internet companies in broad secret program”:

The program, code-named PRISM, has not been made public until now. It may be the first of its kind. The NSA prides itself on stealing secrets and breaking codes, and it is accustomed to corporate partnerships that help it divert data traffic or sidestep barriers. But there has never been a Google or Facebook before, and it is unlikely that there are richer troves of valuable intelligence than the ones in Silicon Valley.

Equally unusual is the way the NSA extracts what it wants, according to the document: “Collection directly from the servers of these U.S. Service Providers: Microsoft, Yahoo, Google, Facebook, PalTalk, AOL, Skype, YouTube, Apple.”

Immediately after the WaPo piece, several of these tech giants issued statements denying not only that the government has a back door into their servers but also that they’ve heard of the program at all. However, writes Michael Arrington, these denials are too similar and synchronous to believe:

How else could these companies be supplying the data? Easy, by simply sending a copy of all data to the NSA. Verizon’s court order, for example, required that they send call data daily.

The companies sending the data have both immunity from prosecution and are also prohibited from disclosing that the NSA has requested or received the data.

The truth of what’s going on becomes obvious.

The U.S. government is compelling companies to turn over all personal information of users to the NSA. They have immunity for this, and they are absolutely prohibited from admitting it.

This developing story is a bombshell —- as I type this, President Obama is defending it. But what I initially glossed over in reading the Washington Post, which makes the story doubly interesting to readers of Filmmaker, was its byline; it was co-written by filmmaker Poitras herself. The recipient of a 2012 MacArthur “genius” grant, Poitras has been exploring issues surrounding the War in Terror for the last decade. (The photo above is taken from the untitled and forthcoming Part Three of her 9/11 Trilogy. I interviewed Poitras about the second part of this trilogy, The Oath, here at Filmmaker.) Huffington Post tells the story of her collaboration with two-time Pulitzer Prize-winner Barton Gelman on the piece, which turned into a journalistic race against the Guardian’s piece:

Three weeks ago, Gellman and Laura Poitras — a filmmaker who has chronicled security in the post-9/11 world, and whom Gellman knew from a previous fellowship at NYU — approached Post editors with the PRISM story. Gellman described his co-author as having done “really tough, ballsy, documentary film work” on surveillance issues in the past….

Gellman and Poitras noted in their piece that their source for the PowerPoint slides leaked them “to expose what he believes to be a gross intrusion on privacy.” The career officer said the government “quite literally can watch your ideas form as you type.”

Gellman would not respond to questions about whether he suspects the Post and Guardian had the same source for the slides.

Broadly speaking, Gellman said that he and Poitras “couldn’t have even started to get the story if the source” wasn’t comfortable that they were taking precautions in protecting him.

These stories are dominating the news cycle right now, but I think many will be surprised by how nonchalantly some are taking this information. Indeed, as I wrote earlier, my own reaction is one of outrage but not real surprise. But as everyone in the tech world knows, the issue is not what today’s technology can do but what roadmap is being laid for the future as databases swell and computational power grows. Where this roadmap is taking us was tipped in Binney and Poitras’s presentation at the Whitney:

[Binney’s] vision of the U.S. five or ten years from now, when computational power will expand to the degree that our government will be able to scoop up vast amounts of data — emails, credit card purchases, phone calls — and then map them onto our social graphs to prosecute Minority Report-style future crimes, is a terrifying one.