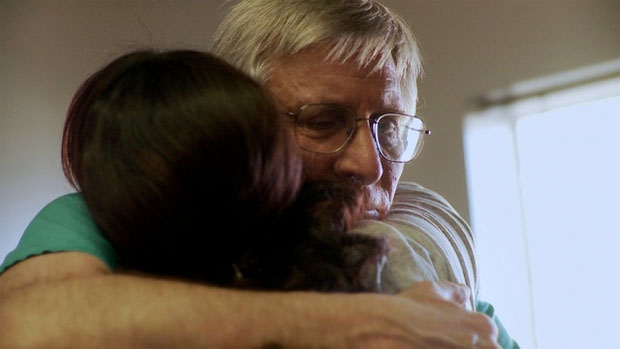 by Dante Pilkington
in Filmmaking, Financing
on Jul 11, 2013

With all the recent focus on crowdfunding, filmmakers shouldn’t forget about more traditional sources of funding, such as grants. Over the course of the summer are a number of grant deadlines for filmmakers seeking all stages of financing.

First up is the late deadline, this Friday, for Chicken and Egg Pictures’ 2013 Open Call. From the site: “Chicken & Egg Pictures is dedicated to supporting women nonfiction filmmakers whose diverse voices and dynamic storytelling have the power to catalyze change, at home and around the globe.” This year’s average grant will be between $10,000 and $15,000, and grants also include a mentorship component. After Tiller (pictured above) last year got a crucial grant from Chicken & Egg that helped directors Lana Wilson and Martha Shane in the last stages of postproduction.

MacArthur’s goal in media grantmaking is to provide the public with high-quality, professionally-produced documentary films, deep and analytical journalism, and well-produced news and public affairs programming. In a media environment characterized by proliferating information sources of varying degrees of reliability, the Foundation seeks to support serious, fact-based journalism for television, radio and the web, the type of original reporting that is likely to be blogged about, linked to, tweeted, and otherwise circulated throughout the Internet. Programs supported by the Foundation inform and educate their viewers about important and under-reported topics, provide balance and accurate information, encourage global conversations, and use technology to tell stories in engaging and interactive ways.

The foundation grants anywhere from $50,000 to $200,000 for social-issue films with contemporary topics that are intended for a broad (mainly U.S) audience.

National Endowment for the Arts

The National Endowment for the Arts Media Program’s grants for project creation and audience engagement have a deadline of August 8. From the website:

* Media art productions: Projects may include high-profile multi-part or single television and radio programs (documentaries and dramatic narratives); experimental, animated, transmedia, or interactive work; performance programs; arts-related segments for use within an existing series; apps for mobile or tablets (projects must be developed and made available for both iOS and Android devices); multi-part webisodes; installations; and video games. Productions must demonstrate the creative use of media, fulfilling, and when possible, extending their artistic possibilities. All phases of a project are eligible for support including research and development, production, completion and distribution costs with the exception of narrative scripts. Productions where the primary purpose is instructional, journalistic (except arts journalism), or promotional will not be considered.

Engagement:
* Regional, national, or international distribution of media as art or about the arts, including the development of web portals, hubs, mobile and tablet apps (developed and made available for both iOS and Android devices), or other innovative uses of technology or new models to provide audiences with access to media artists and art works; or distribution projects developed to aggregate artistic content, resources, and knowledge that enable the efficient dissemination of arts-related information.
* Preservation, restoration, or archiving of media art works, and services that support preservation, restoration, or archiving efforts.

For Points North Pitch, six documentary filmmakers pitch their works-in-progress to various funders, commissioning editors and producers. The winning film receives $1,000 in cash and $10,000 in post-production services. Selected filmmakers receive travel and accommodations to the festival as well as a mandatory pitch training session.

Interactive digital media, film and television projects, and radio projects drawing their content from humanities scholarship are supported by the National Endowment for the Humanities. These development grants support media makers collaborating with scholars to develop humanities content.

The San Francisco Film Society/KRF Filmmaking Grants support feature-length narrative films with themes exploring contemporary social issues (human and civil rights, gender and sexual identity to name a few). Films customarily have a connection to the Bay Area. Ryan Coogler’s Fruitvale Station was a two-time recipient of this grant. From the site:

The SFFS/KRF Filmmaking Grants support feature narrative films that through plot, character, theme or setting explore human and civil rights, antidiscrimination, gender and sexual identity and other social issues of our time. This is NOT a documentary grant.

This bold, unprecedented initiative helps realize the Kenneth Rainin Foundation’s visionary goals at the same time as it consolidates the Film Society’s position as a national leader in support of cinematic work that celebrates humanity in all its variety and vitality. “The Kenneth Rainin Foundation’s mission is to fund inspiring, world-changing work,” said Jennifer Rainin, KRF founder and president. “We are thrilled to partner with the San Francisco Film Society to harness the power and influence of film for positive social change and to support the vibrant Bay Area film community.”

Offers funding to a range of documentary filmmakers who are in the pre-production stage. From the site:

CATAPULT FILM FUND provides development funding to documentary filmmakers who have a compelling story to tell, have secured access to their story and are ready to shoot and edit a piece for production fundraising purposes. Our mission is to enable filmmakers to develop their film projects to the next level at a stage where funding is hard to find. We don’t require that films fit within specific issue categories. We support powerful stories and moving storytelling across a broad spectrum of issues and perspectives. As a result, we support of a range of films, from individual portraits to stories with global implications.

Catapult has two grant cycles per year, Spring and Fall, and grants range up to $20,000. Past recipients include Call Me Kuchu and Remote Area Medical.

A complimentary sound mix for a feature film project with a total budget of $1,000,000 or less. Applicants must be Film Independent Fellows, alumni of the Los Angeles Film Festival, or Spirit Awards nominees/winners.

Awards grants to support outreach and audience engagement. From the site:

Most of these grants support outreach and audience engagement for social issue documentaries and range from smaller planning grants to implementation grants for projects that have a clear plan ready to launch. A small number of these grants support post-production for timely projects that have strong social change potential. They typically range from $5K to $30K and are considered in our Spring and Fall funding cycles.