Adobe Software Moves to the Cloud: What Users Need to Know 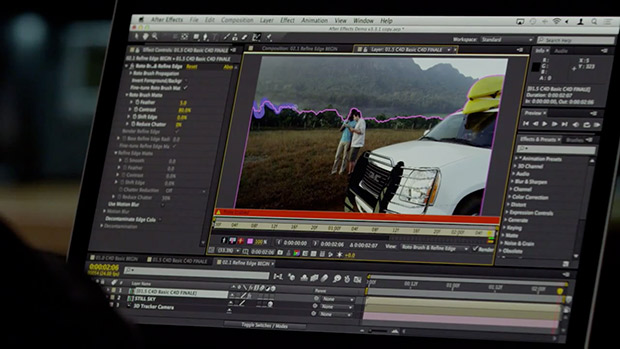 by Michael Murie
in Post-Production, Production
on Jun 24, 2013

Adobe Creative Cloud, the latest update to the Adobe application suite of programs, was released last week. This release marks a major change for Adobe away from a “purchase” model to a subscription model; if you want the latest versions of their applications you must now pay a monthly fee to use the software. You can license an individual application for $20 a month, or the whole suite for $50 a month. Clearly, even if you think you only need After Effects and Premiere Pro, you might as well spring for the whole set, and if you have a previous version of their software you may qualify for a discounted first year. The suites of software devoted to a particular type of creative, such as Production Premium, are no longer offered.

Adobe does say that they plan to continue to sell, at least for now, Creative Suite 6 as a regular purchase.

The Creative Cloud also adds more emphasis to sharing files through the network, though it’s important to note that applications like Premiere Pro and After Effects are still installed on your computer. The subscription component requires that the applications “phone home” every 30 days to check the validation, but if you pay for a yearly subscription the applications can be offline for up to 99 days.

Like past major releases, this update sees a number of changes to existing applications, though not all applications have been updated, and some of the changes are more major than others. One of Adobe’s claimed reasons for switching to a subscription model is that they will be able to release updates as they become available rather than having to wait for each major release cycle. Upgrading remains at user discretion, so you don’t have to change the software in the middle of a major project.

Here’s a quick look at some of the changes to Adobe’s video and audio applications:

SpeedGrade. The color grading tool that first appeared in CS6 gets some interface changes, film stock emulations, a Luma Waveform scope and a Look Manager to save and reuse grades. A new Shot Matcher matches the color look of a source image to the current clip.

It’s important to note that what we are not doing here is just matching black and white point and exposure. That’s really easy. What we’re doing is using the overall colorimetry of the file or the clip that we are matching from. Way more powerful. But it’s not magic. It’s not going to give us dynamic range where there is no dynamic range. It’s not going to make a GorPro look like an Alexa. -Colin Smith, Sr. Solutions Consultant

Premiere Pro. Adobe continues to refine the interface of Premiere Pro, making the process of working within the timeline faster and easier. The Join Through Edits function “heals” unnecessary cuts that don’t indicate a break in the footage. New Paste Attributes functionality lets you choose the desired effects to paste from one clip to another, while effects badges on clips in the timeline provide a way to quickly access the effects applied to a clip. Premier Pro now indicates frames from a clip that are used more than once in a sequence. Scripts and metadata from Adobe Story can be displayed in the new Adobe Story panel, and Closed Captioning is now supported within the application.

After Effects. The new release of After Effects sees new Rotoscoping tools, along with some changes in the labeling of existing parameters in the Roto tool. There’s also a new Pixel Motion Blur effect that analyzes video footage and creates a motion blur based on the motion in the clip.

The most significant update is the new Live 3D pipeline, which creates tighter integration between After Effects and Cinema 4D. You can now create a Cinema 4D file within After Effects, modify it in Cinema 4D and see the results immediately in After Effects without having to render them. A copy of Cinema 4D Lite R14 is also included.

Audition. The audio editor adds a preview editor panel that shows the effect of any changes you are making to the waveform. Pitch Bending changes the tempo over time by drawing and editing an envelope on the waveform. Other changes include enhancements to multi-track editing, a new sound remover effect and TC Electronic Loudness Radar meter plug-in.