Venice 2013 Critic’s Notebook: A Means of Escape — African Cinema on the Lido. 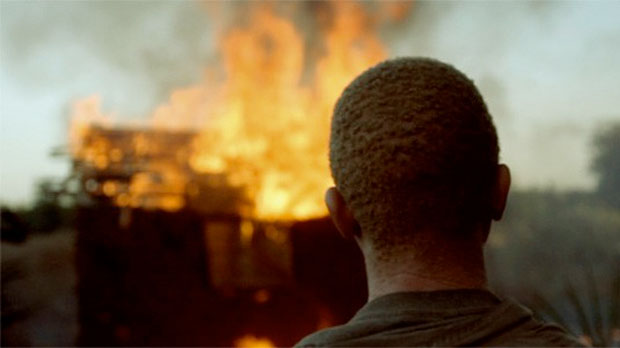 At this year’s Venice Film Festival, there was a conspicuously sparse showing in the programme for native African and African-themed cinema. However, although the majority of these slim pickings were tucked away toward the end of the festival when attendance had thinned considerably (many journalists had either headed home or departed to Toronto), their quality was largely impressive. To varying degrees, these films broached an historically enduring theme in African cinema: the attempts of young people to escape straitened circumstances.

The only sub-Saharan representative at the festival — and the most harrowing film I saw overall — was Berlin-based Israeli Noaz Deshe’s debut White Shadow. A docudrama set and filmed in Tanzania, it tells the story of Alias (Hamisi Bazili), a young albino boy who, following the grisly murder of his albino father, is sent to the city to live with his debt-ridden Uncle Kosmos (James Gayo). Here, Alias develops some skills as a market salesman, but finds that the grass is not always greener on the other side; he must face discrimination, poverty and, ultimately, betrayal. Aggressively edited, ominously scored (by Deshe) and shot in a woozy, hand-held, intrusive style, White Shadow is an immersive but often extremely uncomfortable experience which forces the viewer to confront the realities of the “Albino Hunting” epidemic in Tanzania (since 2008, witch doctors have offered huge sums of cash for albino body parts to be used in magic potions).

Concerned by its levels of violence, I wondered at times if the film had strayed into exploitation territory; however, on balance there was enough tenderness and detail in the characterization to keep my fears at bay. Over and above the grittiness, White Shadow is a portrait of survival and humanity under terrible odds, featuring an unaffected, naturalistic performance from Bazili. As for the film’s chances of wider distribution, I noticed an exec producer credit for Ryan Gosling, who may well put some financial muscle behind it for an international push. Moreover, it obviously pleased the jury, who awarded it the Lion of the Future award for Best Debut Film.

White Shadow had a decent spot early in the festival; however, two Morrocco-set films were left to languish in the latter stages. The first I saw was Traitors, the directorial debut of American multihypenate (and co-writer/star of Darren Aronofsky’s 1998 debut, Pi) Sean Gullette. The film focuses on Malika (the striking Chaimae Ben Acha), singer and creative dynamo of the eponymous all-female punk band. Her anti-establishment, anti-patriarchy mindset is spelled out in her blunt, barked lyrics (“I’m so bored with Morocco but what I can I do / Maghreb nouveau riches… what a bunch of fucking hoods!”, goes one catchy number), although she seems equally miffed with the band’s arrhythmic drummer. Yet, the prospects are good; a demo is agreed, and all she needs is some cash to pay for the session. I’d been enjoying these shaggy-dog early stages (which reminded me of similar Iranian drama No One Knows About Persian Cats) and was hoping for a light and perceptive look at punk music culture on an unlikely stage. However, once Malika decides that she needs the money immediately, Traitors promptly falls apart. I won’t go into plot detail, but a jacknife tonal shift jerks the film into ill-advised thriller territory, with plot contrivances, coincidences and unbelievable character decisions piling up by the minute. Traitors’ strongly feminist credo comes through loud and clear, and is to be lauded, but this worthiness can’t make up for the disappointment of a film which badly loses the run of itself after such a promising start. 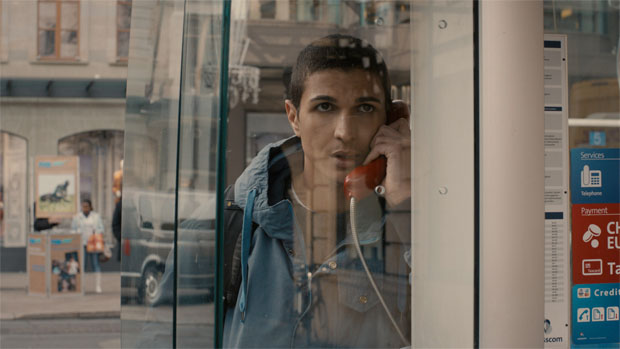 Directly after Traitors, I saw the far more impressive and restrained Salvation Army, the directorial debut of 39-year-old Abdellah Taïa, the first Moroccan and Arab writer to have publicly come out about his sexuality. Clearly a strongly personal work, it is a spare, understated portrait — drama isn’t quite the right term — split into two distinct parts. The first follows the fortunes of young Abdellah (no more than 16, though we’re never told his exact age) who lives in a cramped house with his warring parents and gaggle of siblings. Abdellah is gay, and experimenting freely with sexuality (casually, if not explicitly, depicted), although his real emotional focus is his rugged older brother, on whom he has developed an illicit crush. In the second half, the boy has grown up into a taciturn young man, and is now in a relationship with an older man from Geneva. Framed and edited with careful precision, Salvation Army emerges as an honest and moving meditation on family, home, youth, sexuality and escape. I’ll be looking out for Taïa’s future work with interest.

The last African film I saw was Algerian veteran Marzek Allouache’s excellent day-in-the-life drama The Rooftops, which played in competition on the festival’s penultimate morning, and ultimately left empty-handed. Set in and around a number of Algiers working-class districts, it is cleverly and episodically structured around the five daily prayers of the Muslim faith, but mercifully free of the Haggisian impulse to tie all the strands together in any superficial way. In dealing with a variety of issues of faith and family, The Rooftops is unsentimental, if occasionally slightly melodramatic viewing, leavened by a wicked sense of self-reflexive humor. For example, the ultimate fate of a bunch of bickering filmmakers who descend upon a disused building resounds as an acridly cynical take on cultural tourism and equally a bleakly metaphorical condemnation of state censorship. Confident, composed and full of contemporary relevance, The Rooftops, along with Salvation Army, represented a strong late showing for native cinema of the Maghreb.

Finally, I should also note the presence of the inaugural Final Cut in Venice, an industry workshop with the stated intention to “provide concrete assistance in the completion of African films and to offer producers an opportunity to present films still in the production phase to international film professionals and distributors in order to facilitate post-production and promote co-production partnerships and market access.” Unfortunately I was unable to attend the screening day due to other commitments, but it was nonetheless encouraging to note that a major festival was taking such a proactive step in the development of African cinema. It will be interesting to see how the four  films featured (from Madagascar, Egypt, Tunisia and South Africa) pan out, and even better if they show up, in decent slots, in next year’s programme.