How the JOBS Act and Equity Crowdfunding Will Impact Indie Film 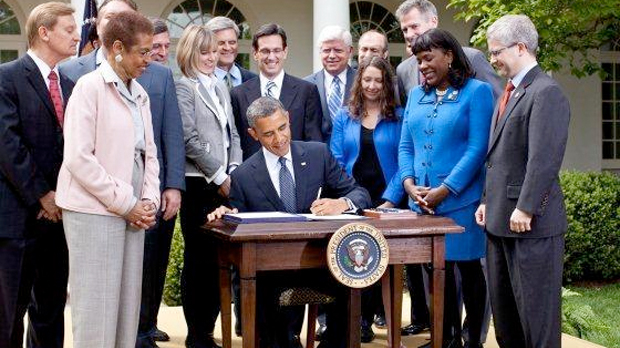 Yesterday was the day that “equity crowdfunding” becomes a legal means to raise investor money.

For the last 80 years, companies have been required to register with the Securities and Exchange Commission (SEC) or a state entity in order to publicly solicit investors and advertise the sale of securities. On April 5,2012, President Obama signed the Jumpstart Our Business Startups Act, popularly known as the JOBS Act. Now, a year and a half later, it is taking effect. The federal bureaucracy grinds slowly.

Established companies and innumerable startups will target the public in their pursuit of investor dollars. Some 8.7 million accredited investors are in the U.S. and they will be solicited by a growing number of “licensed” crowdfunding operators. Individual investors can pony up to $2,000 each and companies can raise up to $1 million per year in equity.

Independent filmmakers, along with every nontraditional venture one can imagine, gave birth to – and fully took advantage of – the first wave of “unregistered” crowdfunding. This was the period represented by Kickstarter and Indiegogo.

Now, however, small-time solicitation goes mainstream and something fundamental changes. With Kickstarter, Indiegogo and other first-wave crowdfunding enterprises, people “donated” to something they believed in; that this donation is not tax deductible for the giver and considered income for the receiver didn’t matter. The “donation” made one feel part of something, and cool rewards gave something back. One took a chance and the risk wasn’t too high – the average contribution was only $70. Whatever the outcome, one felt good.

Now, with equity crowdfunding, “donations” become “investments” and the game changes. The adoption of more corporate, bottom-of-the-barrel solicitations for relative peanuts – measured against more convention VC solicitations of million of dollars – will likely transform the investment climate, possibly returning it to the grand old bad days of pre-1929 crash penny stocks. Already everything from craft beer makers to real estate ventures in South America are lining up for the new crowdfunding lottery.

According to one study, online crowdfunding scam artists are likely to proliferate. Only one quarter (24.9%) of the projects reviewed actually delivered their products on time. In all likelihood, as more solicitations are made, as more accredited investors throw money into the crowdfunding pot, the completion rate will only shrink. As equity crowdfunding gets going, “donation” platforms like Kickstarter will continue to operate. The once-innovative market for new money will likely metastasize, threatening a new, innovative financing source for indie makers.

This new era of equity crowdfunding may be very seductive for indie makers, but one should be careful before entering any agreements. The first wave of donation-based crowdfunding may remain one’s best option. Consult your attorney and/or accountant before taking a chance.