“Only At the End You Can See the Origin of Tragedy…. So I Used a Small Camera”: Claire Denis on Bastards 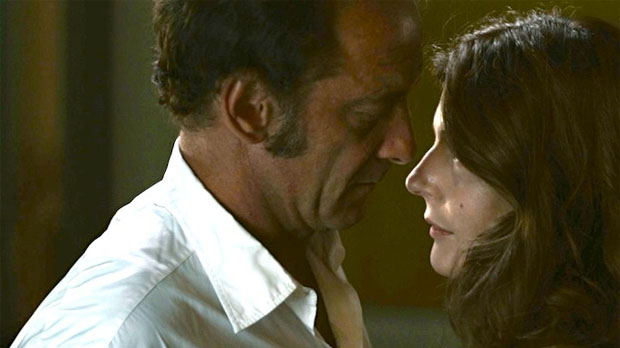 Over 25 years of directing films, Claire Denis has explored the silent rhythms of men and women as they move through spaces of romance and violence, attraction and solitude in stories that range from the love affairs of cannibals (Trouble Every Day), to the exercises of the French Foreign legion (Beau Travail), to the every day spaces of domesticity (35 Shots of Rum). A filmmaker who prefers monologue to dialogue, and silence to any speech at all, her intimate spaces, impressionistic photography, and oblique scenarios can divide audiences, but provide untold riches for those willing to forgo plot devices and sink into the more subtle stories told by the rhythms of bodies in movement.

Her latest film, Bastards, with images and music by frequent collaborators cinematographer Agnès Godard, composer Stuart Staples, is no exception. A moody neo-noir, the film follows the movements of tanker captain Marco (Vincent Lindon) who abandons his ship to help his sister Sandra (Julie Bataille) after the suicide of her husband. Written with another longtime collaborator, Jean-Pol Fargeau, the film was partially inspired by the title of Akira Kurosawa’s 1960 story of corporate corruption, The Bad Sleep Well. Moving through the thick aura of a world whose contours and relationships are determined by financial power, Marco slowly uncovers a web of deceit stemming from the dead man’s powerful business partner Laporte (Michel Subor). In its final denouement, the film brings to mind nothing so much as a line from Pier Paolo Pasolini’s 1975 film Salo: “the only true anarchy is the anarchy of power.” 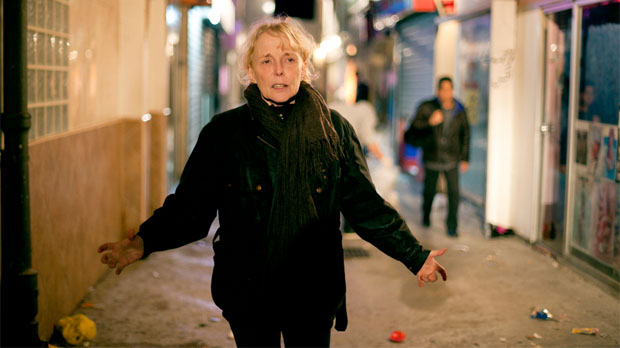 Filmmaker: I’m interested in the structure of Bastards, but even more so in the textures of the film: the acting, the image, the music, and how they work together. Let’s start with the actors. Inside of such a complicated plot, you create such subtle physical performances, it’s almost like a dance film. Is there anything you can tell me about your process of working with actors?

Denis: It’s always hard to express in a few words how it is to work with actors or actresses. I think it is different for each person. It is the way I like them, what I like in them. Some are anxious, some are… If I had a scene with Alex Decas and Vincent Lindon, they are both anxious actors, but they don’t express their anxiety the same way. So, even if the scene is together I have to feel a certain way for Alex and a different way for Vincent. To direct actors is the right word, and yet as if there is something missing, as if there is a way of pretending. I trust their work. I follow the way they work. And yet at the same time, trying to grab or to steal exactly what I want. But at the same time, it is something, I’m not sure I can say to an actor, please I’m going to steal that from you. You know, so it’s a sort of process of approaching, reassuring, stealing, maybe. And watching with a sort of love and attraction. Otherwise I think I would be unable to direct.

Filmmaker: What the music does in the film is really interesting. When did the choice to do an electronic score come about?

Denis: That’s a choice I had when I started writing the script. I told Stuart that I really liked the way Michael Mann used Tangerine Dream in Thief. It’s so inhuman. I like it, and it goes with the rain. Stuart completely agreed with me about this, and he enjoyed getting a Moog.

Filmmaker: And was he composing while you were editing?

Denis: He started when he read the script. I think it’s a process of sharing as soon as possible. We’ve made seven films together.

Filmmaker: Sometimes you are also working with Dickon Hinchliffe as well?

Denis: Only once, on Friday Night, because Stuart was not able to work at that time. And then Dickon was not part of Tindersticks anymore. But Stuart and I did seven films together.

Filmmaker: Their music is always beautiful in your films.

Filmmaker: I’m curious about your experience shooting on HD for the first time. How did you approach this, and the choice of cameras. It’s so different than shooting on film.

Filmmaker: The way you used the RED camera is great; it’s not trying to look like film.

Denis: Well, it can’t look like film, really. It cannot. You can pretend it will look like film, but it’s not true. But I like both. I remember when I saw The Master, shot in 70mm, I was amazed: this still exists! There are so many ways through image to express a film meaning. Like 3D. Some people say they like 3D, but it’s not really 3D, and there are other people who understand what 3D is.

Filmmaker: How did you create the end of the film? It works so beautifully as an ending.

Denis: No, really a video camera. A tape camera.

Filmmaker: Emotionally it works so well. Was it planned in the screenplay, that the ending would have this texture?

Denis: Yes, because it was very important for me that only at the end you can see the origin of tragedy. And when you see whole, it has to be a small camera, a cheap camera. So I used a small camera. I think it looks like painting to use video in this way. It’s great to have all those means of expression. I hope we can keep all of them.

Filmmaker: They’re showing these Godard pieces in the Film Society retrospective that he made for TV the 1970s: France/Tour/Detour/Two/Children and Six Times Two. I think these are beautiful uses of video because he’s really using it as video, he’s using it as a physical medium in a way.

Filmmaker: Ah, I couldn’t make it! It must have been amazing on the huge screen!

Denis: What a beauty! It’s still great. A real beauty!