Script Development, Casting and Locations: The Making of AfterDeath (Part 2) 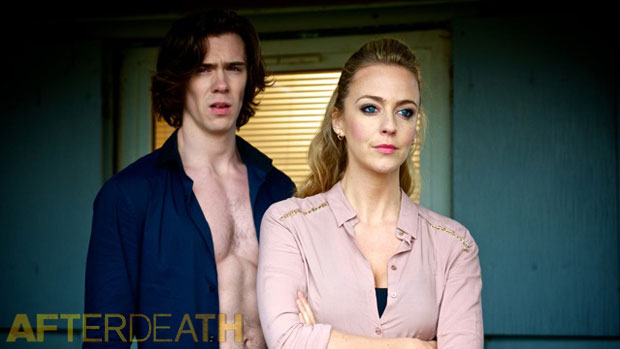 by Michael Murie
in Directors, Interviews, Production, Screenwriting
on Oct 31, 2013

In this second part of our interview with Gez Medinger, the co-director of AfterDeath, we cover script development, locations and the difficulty of casting a small ensemble feature. AfterDeath is a psychological thriller/horror movie currently in post-production and was co-directed by Medinger and Robin Schmidt. While Medinger and Schmidt have both been working in video and film for the past decade, this is their first feature film.

The first part of the interview, which covers the journey to find the story for the movie, can be read here: Finding the Right Story to Tell: The Making of AfterDeath (Part 1)

AfterDeath is expected to be released in early 2014.

Filmmaker: You said earlier that in Dov Simens’ seminar on filmmaking he described a quick way to make a first feature film as: “Take your cast, take a week, and chop them.” Does that describe the goal of AfterDeath?

Medinger: It was inspired by that idea, but on a grander scale and with hopefully a greater breakout appeal from genre because of the type of film it is. It does ask a few more interesting questions than you’d normally find in the genre.

The goal was really two things; make a film that would succeed commercially and reward the people that put the money into it, but also a film that would succeed critically and help us make the next movie. I wasn’t interested in making a teen slasher movie that had nothing beyond blood flying around. I wanted to make a film that people would look at and say, “I see the kind of films that this guy wants to make, and I can see why we should give him the money to make his next one.”

Filmmaker: Where did the money come from?

Medinger: It was private equity. It was essentially family, friends and acquaintances.

Filmmaker: How did the development of the script progress?

Medinger: Very painlessly, really. Andrew had a take on the story that was more interesting than what I’d done in my treatment. He told a much more contemporary story.

We sat down early on and said, “What kind of film are we trying to make here?” We were in agreement that a British Cabin in the Woods was the sort of film that we wanted to make. My opinion of Cabin in the Woods is that it’s pretending to be a horror movie, and it’s marketed as a horror movie, but really it’s not. It’s actually more of a sci-fi thriller comedy. It’s not the kind of film that tries to send you to bed scared after you’ve seen it, which for me defines what a horror movie is.

We wanted to make a movie that had a broader appeal and had the same attitude to genre and same level of ideas in it that Cabin in the Woods did, and for me that was quite a good model in terms of tone.

Andrew developed a story and sent it over and we gave him a couple of notes. He then turned out a script very quickly and again we had some notes. Then he wrote a second draft of the script, and because there wasn’t a huge amount of time we were shooting what was really a third draft. I got Andrew involved in October, and he only had a small window of time to commit to the script between other projects.

I think it was a testament to Andrew’s talent that a third draft was shootable. One advantage of working that way was that it was still fresh; we hadn’t worked all the energy out of it. This sometimes happens when a script gets overdeveloped.

Filmmaker: How did you find the location?

Medinger: The film was hugely dependent on location, and to some extent if we couldn’t find the right location we couldn’t have made the film. I knew exactly what I wanted, and I was sure that it had to be there somewhere, but I was really struggling to find it. I have a location manager friend of mine, David Broder, and he made a few calls and tracked down the location.

It’s a family holiday cottage that sits up in Norfolk and it was perfect because it had a beach close by. It has this sort of placeless and timeless quality to it. It looked like it could be in America, it could be in Australia, it could be anywhere. It was also full of this old antique stuff that lends it a timeless quality, which is perfect. When it came to production design and dressing the place for shooting, it didn’t require as much work as it might have done. 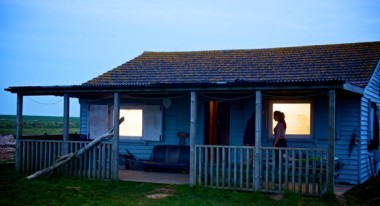 Filmmaker: How long did you have the location?

Medinger: We had the location for three weeks. The first few days were rehearsal on location with the actors, which was very important because we could also get a sense for the blocking. It’s such a small confined location. We had to work out where we could put the camera, and which ways we could look, and the kind of action we could have inside that location, which was very much dictated by the practicality as much as our creativity.

Filmmaker: How did you find the actors?

Medinger: The key thing was getting a really good casting director on board. When Andrew delivered his first draft of the script I started looking for a casting director. I asked one of my director friends if he’d worked with anybody because I’d never worked with one before, and he recommended Rose Wicksteed. I sent Rose the script and she looked at it and said, “I think this is a really interesting film, you’ve got four very strong female characters and only one guy, which is unusual for the genre and I think this will be the sort of thing that I would be able to get interest in.”

Casting was a big learning process for me. I’d done castings for all sorts of things before, but not on this scale for drama. I guess I wasn’t prepared for how much work it would be casting five roles. With a film like this there is so much dependence on the casting choices because of the nature of the characters and their relationships with each other. In some ways it’s more difficult than casting a film that has a larger cast but has one central character and secondary supporting characters. Those supporting characters really only need to act with the protagonist, or maybe one other person. All our actors needed to be able to interact with the others, and the inter-relationships between them had to work. It was quite a complex puzzle to put together. 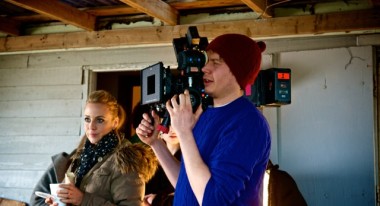 The process started with Rose. She sent the script out to various agents and we started to get feedback. The first person that came on board was Sam Keeley. I went in for the first casting session and Rose showed me a tape of Sam and I was laughing solidly through it. The humor he brought to it and the personality he brought to this character was incredible and he set the bar so high.

We got Daniella Kertesz involved too, who had a big role in World War Z. That was through a producer I brought on board, Cameron Lawther, who had worked as an assistant to Brad Pitt on World War Z. He said, “You’ve got to take a look at Daniella because she’s incredible.” We spoke to Daniella, and she liked the role of Onie in the script. And obviously, with World War Z’s success, it helped us get a little bit of interest in AfterDeath because people are finding us online as a result of that.

Filmmaker: What was it shot on?

Medinger: It was shot on the ARRI ALEXA. We were very lucky to have an amazing DP, Benedict Spence, who we’ve been working with for ten years. He was always our number one choice to shoot this. He’s incredibly talented and he works incredibly fast which is important on a tight schedule. His stuff just looks brilliant and he has the Alexa and his own set of Ultra Primes, so we shot on that.