Functional Art: Joe Angio on Revenge of The Mekons 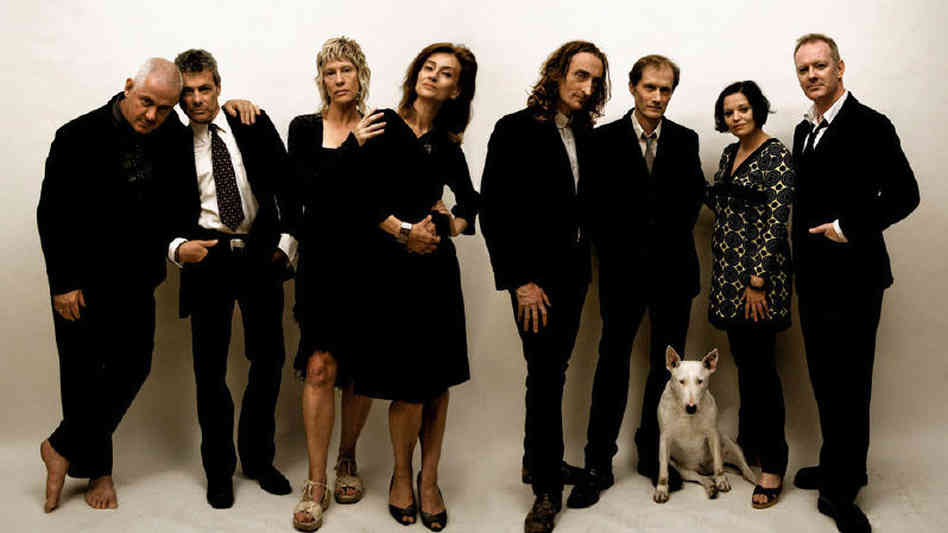 The Mekons are the ultimate cult band. They may not have a huge audience, but their hardy host of admirers takes the British-born band and its three-and-a-half-decade history very seriously. The Mekons emerged as U.K. post-punk’s art-school pranksters in the late ’70s, and after major shifts in personnel and approach, eventually evolved into a sort of sonic polyglot encompassing folk, country, world music, and more. Throughout their rough-and-tumble career they’ve maintained a doggedly DIY modus operandi, eschewing complacency and creating more and more fodder for the intensity of their underground acclaim. At the start of 2008, another impassioned admirer, documentarian Joe Angio, grabbed a camera and began shadowing The Mekons on tour and in the studio to create Revenge of the Mekons, a clear-eyed portrait of the ultimate musical mavericks.  Filmmaker spoke with Angio prior to his film’s premiere at DOC NYC on November 15.

Filmmaker: Where did your love for The Mekons begin?

Angio: I started listening to them in ’91, I had a friend who made me a tape of [1989 Mekons album] Rock ‘n’ Roll and [1991 follow-up] Curse of the Mekons. I just immediately fell in love with them. I’ve been following them ever since. I just loved the sort of shambolic quality of it, I thought it sounded a little bit like a rough version of [The Rolling Stones’] Exile on Main St. or something. Very soon after, I went with a friend to see them live and that sealed the deal. It was just one of those classic Mekons shows…

Filmmaker: How would you describe the typical Mekons show to the uninitiated?

Angio: You’re gonna hear all sorts of different kinds of music. Musically they’re just all over the map. You’re gonna get ballads, you’re gonna get country-tinged stuff, and just the mere fact of their instrumentation with the violinist [Susie Honeyman] and Rico [Bell] playing the accordion and Lu [Edmonds] playing those bizarre North African and Middle Eastern stringed instruments that he plays. And then you’ve got five lead singers – three primarily, but Rico and Lu are singing more and more. So it becomes really difficult to put your finger on it, but the real takeaway is the aspect of the community between the band and the audience – that’s probably informed as much by the between-song banter as it is by the music itself, because it’s just like inspired stand-up comedy, and it’s all spontaneous.

Filmmaker: What was the impetus for you to pursue the idea of a Mekons documentary?

Angio: It really came out of a period in the year after my last film, which was a Melvin Van Peebles documentary [How to Eat Your Watermelon in White Company (And Enjoy It)], where I was pursuing two projects…one of them was a music documentary, about a different band. For whatever reason, both films fell apart. They never really got started. But I really, really wanted to do a music documentary and I literally went to the long wall of CDs I have, and started scanning it, and I got to my sizable collection of every Mekons CD and the lightbulb went on. Mekons! It’s a great story, even better than the other film I was working on, I thought.

Filmmaker: What was it like traveling with them and shooting them at work?

Angio: In November [2007], I met with Jon [Langford] and Sally [Timms]. They told me, “We’re actually going to England in January, we’re going on tour and then we’re gonna take five days off in the middle of it and write and do initial recordings for a new album, that’d be a great place to start.” So I really just plunged headfirst into this project. It was pretty easygoing, there was no resistance, I was able to pick my spots and stay in the background. It helps that there’s eight of them, I don’t become this presence altering the situation. I shot really low-key, really portable equipment, all natural light, so I wasn’t lighting a set and getting in the way, so I think that made them very at ease with me. 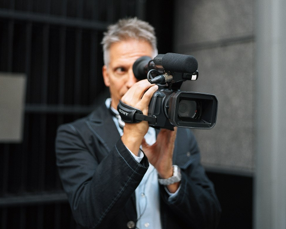 Filmmaker: Is there anything you’d change about the way it was done?

Angio: On the UK tour…where they’re talking about how the Cardiff show is already canceled, and they learn on stage that the Sheffield show is canceled, and so that changed suddenly their itinerary. We got to the new location, en route to the next place, rolled in late, a roadside motel in the middle of nowhere. There’s like one restaurant in town that’s still open, everyone had 30 seconds to go in the room and head out. I was gonna leave the equipment behind, it’s too much to be schlepping into this situation. What happened was, at this dinner they just launched into this impromptu band meeting about these cancellations, and what this meant for the band in this day and age. At one point they sort of gave a mission statement of what the Mekons are about, and I was like, “Oh my God, I can’t believe I’m not shooting this!” [Laughs] This is, like, what you dream about. Afterward I said, “Would you have been comfortable with me shooting that?” And they said, “Well, if you had been shooting that, that conversation probably wouldn’t have happened.” So I felt a little mitigated somewhat by that, but it was one of those moments you dream for as a documentary filmmaker and I didn’t have it.

Filmmaker: The film focuses more on capturing the band in action than deploying the customary music-doc onslaught of talking heads.

Angio: I’m a fan of music documentaries. At the same time I think there’s very few really good ones. I think one of the pitfalls is that many times they just preach to the choir. And I really tried to avoid that. I really wanted to avoid the standard music documentary clichés. At the top of the list is getting random fans to say, “They’re so great, they’re the best band,” as if they’re gonna say any other thing – it just adds nothing to the conversation. But the people that you do hear from [in the film] are all fans, like Jonathan Franzen, and Greil Marcus, and Luc Sante, and Will Oldham, [The Hold Steady’s] Craig Finn, Fred Armisen. Even with that, when we did test screenings, people said, “Oh, Fred Armisen, he’s big right now, put him up front.” Even though it becomes clear why he’s in the film, it just would have felt like one of those VH1 documentaries where they stock the beginning with celebrities that have nothing to do with the band, I thought that would come across like that. I wanted to wait for the surprise of, “What’s Fred Armisen doing here?” And then you find out, “Whoa, he was married to Sally?”

Filmmaker: How would you describe the nature of The Mekons’ appeal?

Angio: They’re such a critics’ band. I can’t think of another band where there’s a bigger gulf between a kind of universal critical praise and a kind of mass indifference, the people who just don’t know about them. They embody what people like that want in a band: they never sell out – they never have the opportunity to sell out, but I don’t think they would have – and hand in hand with that is their refusal to stay put. They just don’t put out the same record twice in a row. They’re just constantly evolving. And they’re one of the very few bands I can think of who have been around that long, that when fans go to see a show they want new music. That’s a really rare quality. And probably a little more intangible, but the fact that these five singers, the variety is so great from song to song, because you’re always hearing new voices.

Filmmaker: What was your primary aim in making Revenge of The Mekons?

Angio: To introduce them to people who don’t know them, I tried not to make a film for the cult, because they already know them. To me, they are an inspiring example. I think it has something to do with artistic integrity, in that they have just stayed so true to themselves, while constantly evolving and making the things that they feel are worthwhile. Especially now in this day and age where we’re all expected if not required to become our own brand, that they’ve just resisted that at every turn, because that’s marketing and that’s not art. That’s what I would most want to get across to others.

We did a test screening while we were editing. [Director] Craig Zobel, who did Compliance and Great World of Sound, had this really touching response to it. [He said,]”If ever I’m feeling lost,” in terms of difficulty in getting the projects made that he wants to make, that he’s just gonna think of the Mekons from now on, to show that staying true to yourself is the way to go. For me this all goes back to the other big theme in the film, the punk ethos…they embodied it and still do, even though their music couldn’t be any further from punk. All those aspects about making art that’s of value and it doesn’t matter whether it sells. You’re making functional art. I think that’s really important.