“Directors These Days Really Have to Understand the Business of Film”: Producer Christine Vachon in Wroclaw 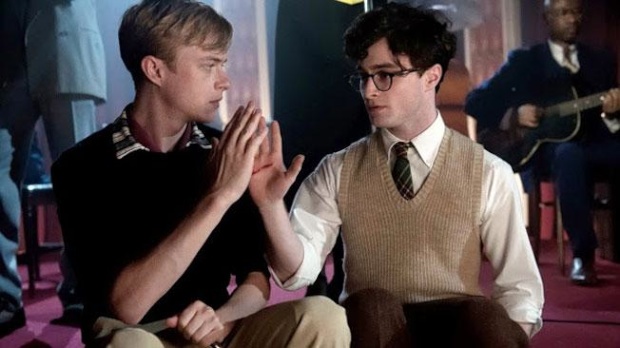 by Ashley Clark
in Filmmaking, Interviews, Producers, Production
on Nov 21, 2013

“I’ve been around so long that I’ve seen the ‘death’ of independent film at least three times” – Christine Vachon, Producing Masterclass

Widely regarded as one of the key figures in American independent cinema, Christine Vachon is now well into her fourth decade of film production. Her first feature film as a producer was Todd Haynes’ corrosive, Jean Genet-inspired Poison (1991), which set the tone for the host of fearlessly confrontational films that followed, including Tom Kalin’s Swoon (1992) and Larry Clark’s Kids (1995). In 1996, alongside Pamela Koffler, Vachon co-founded the NYC-based production company Killer Films, which has been behind a remarkable string of lauded American indies including, but not limited to, Kimberly Peirce’s Boys Don’t Cry (1999), Haynes’ Far From Heaven (2002), and, in the past year, Ramin Bahrani’s At Any Price and John Krokidas’ Kill Your Darlings.

At the recent 4th annual American Film Festival in Wroclaw, Poland, Vachon was the subject of a career retrospective. She also delivered a witty, informative masterclass on the art of independent film production, and spoke of her key career achievements and professional relationships. I was on hand to capture the highlights.

On defining her work as a producer.

I identify material. I work very closely with directors – frequently writer-directors – to help them realise their vision. I help them package the film. I help them find talent and take that package to market. All the while, I cheerlead and push. Kill Your Darlings took about seven years – in those years I had to keep up my enthusiasm. I had to keep saying: why are we making this film? Why is this film important? What are we trying to say? How can we make it on the resources we have?

These days when there’s a lot of downward pressure on the budgets of the movies we make, when we have to be more and more inventive about how to make our films work with the amount of money we have, we really need to be able to chart the audience. I only succeed as a movie producer if my movies make their money back. And the only way I can do that is to have an idea who the audience for my films is, and how to reach them.

When you start a film production, it’s all a great plan on paper. But once you start trying to execute the plan it can explode in a billion different ways. If an actor doesn’t know their lines on day one, your plan goes into the toilet. And it does happen! So you have to learn to adjust because you can’t replace the actor. Producing is a lot about people management but it’s also about a massive amount of flexibility and adaptability and being able to re-work your plan once you see what the problems are. Horrible things can happen, but the only really horrible thing that can happen is if someone gets hurt. You just need to listen to what people have to say, and make them feel heard.

On what to look for as a producer.

I look at a script, often with a director attached. What I’m looking for is: is the story original? Is it something I want to see? I’m looking to see if the director is someone who can go the distance. More and more because our films are so cast-driven, I’m looking to see if there are parts in that script that can attract strong casts. [Parts] that are challenging, exciting, where you can imagine an actor reading it and saying, ‘I want to do that!’ Then I have to ask myself if I’m confident in selling it, based on the cast or based on the story – sometimes it’s a story that feels particularly zeitgest-y. But I have no sixth sense as to whether something is going to be profitable. A fair amount of the time I’m lucky to guess right a little bit more [than others.]

On the role of directors.

A “psycho” director is someone who can’t make their days, alienates the actors, and is unable to bring the team together. It comes back to the one thing: are you united for a common vision? If not, you’re on a runaway train. Film has no value until it’s done. If you realise at the beginning of a production that you may have a director who can’t see it through, it’s really scary. We keep trying to think of a test that we can give to a director to see if they are crazy or not. We only thought of one question, which is: ‘Do you have a relationship with another living thing?’ [laughs]”

On working with first-time directors.

A first-time director needs a fantastic short film: there’s no excuse for them not to have one at this point. They need to be able to articulate what they’re trying to do effectively enough to sell to actors, financiers. Actors can be skeptical. Every time I meet with one, I say “Would you work with a first-time director?” Some of them say yes, others know they’re gonna be on set for a long time with no creature comforts, so they’ll say, “If I’m going to do that, I want to be in the hands of a director I can trust.

On her working relationship with Todd Haynes.

[Haynes’ 1987 short] Superstar The Karen Carpenter Story epitomised everything I wanted to do, perhaps even before I knew it yet. It was smart, moving and provocative, but really entertaining. I thought, “I don’t want Todd Haynes to produce anything again which doesn’t have my name on it.” So far, that has been the case! That movie was an epiphany for me. Sometimes it’s great to be absolutely ignorant because at that point I had no idea how hard it [the industry] was. I made Poison, we took it to Sundance, we won the Grand Jury Prize, and I thought: how hard can this be? I’ve never won it again! Sometimes ignorance is bliss.

Later, Mildred Pierce had so much support – we were working with HBO – it was a movie where everyone who worked on it in every department was at the top of their career. When you’re working on an independent film – and this is the exciting and difficult thing – you’re often working with a lot of people who are doing their jobs for the first time. And there’s an energy that comes with that that can be very fun – but there’s also a lot of difficulty. Mildred Pierce was like a finely tuned machine: almost effortless.

On the growing role of television.

Filmmakers in their 20s and 30s now grew up in a golden age of television. When I grew up, television was supposed to be stupid. It was supposed to be what you did to relax at the end of the day. If you wanted to see something important or artistic, you went to the movies. Now, TV is where you go to see anti-heroes, ambiguous endings and more challenging stuff. That’s what people are talking about in the office on Monday – the ending of Breaking Bad.

The only way independent films are going to continue to have any share of a theatrical market is to be truly alternative and truly original. That is something we face every day. The market has expanded and forced everybody involved in storytelling to investigate what makes something theatrical, and whether a particular story needs be theatrical.

On the current state of independent film.

This time is very similar to the early ‘90s. Back then, we were saying, “We are going to do it our way. We are not going to ask for permission.” The tools for us to do that with were different to what they are now. But now, that’s come full circle and there are a lot of filmmakers saying the same thing – but they have a lot more access to technology than we did. I think it’s a really interesting time for American independent filmmaking across the board. Filmmakers are saying, “I just want to tell stories, and I don’t have to tell them theatrically. I just want to tell them the way I want to, and I already know how to find my audience.

You can’t finance movies the way you could five years ago, where films were financed based on what the DVD sales would be and what foreign markets would bring. Now this has changed drastically, but making films is cheaper than it ever was because of digital equipment and stock. We shoot our films quicker than ever before so the budgets have changed hugely. When I first started making features, we thought a super-short shoot was 35 days. Now we shoot features in 20-21 days. The idea that you can take the same material and take off a third of the time… I didn’t think was possible. That’s been a real education.

There’s a phrase that I used to say all the time in the late ‘80s and ‘90s – “Let the budget be your aesthetic.” Now I think it’s come back again as we’re all struggling to figure out how to make movies on much reduced means. It means: “Celebrate what you don’t have. Celebrate your limitations.”

I always find myself on each film thinking, “This is a new challenge that I have to figure out!” That said, sometimes I still feel like I’m doing it for the first time. I don’t have any complacency at all. Sometimes I feel the weight of experience that I want to get rid of a little bit. I like working with new directors who want to do things in new ways and I don’t want to be a naysaying producer because I like to be surprised – there are different ways [to do things] as technology changes and our relationship to it changes. I try to be open to that.

I feel like we’re in a time of great change and I can’t identify exactly what’s going to happen or how it’s going to affect the stories we tell. You can choose to see this time as glass half-empty or half-full. I think opportunity and change are always good especially in a business that moves like the Titanic. It’s very hard to turn things in a different direction. Yet somehow people still keep figuring out ways to tell original stories, which is what it’s all about.

I’ve been around so long that I’ve seen the death of independent film at least three times. And somehow it keeps emerging like a phoenix from the ashes. Ted Hope recently republished a piece on his blog from 1993 that was exactly what people are saying today: “That’s over! That’s it!” But it’s just like the French proverb: “The more it changes, the more it stays the same.”