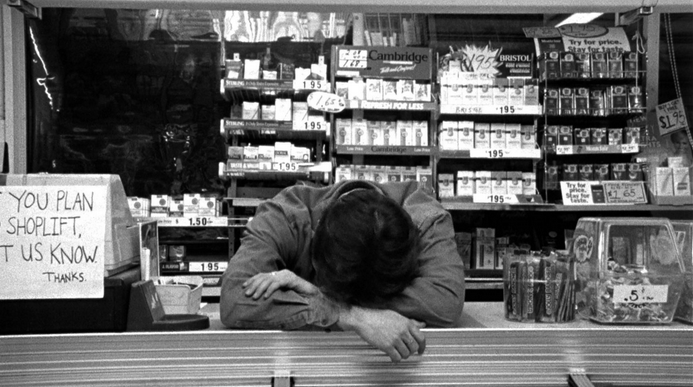 10 years after Garden State‘s bow, Zach Braff will return to Sundance with his follow-up, Wish I Was Here. The plot line may sound familiar: Aidan Bloom, a 35-year old struggling actor, father and husband, aimlessly gropes for purpose in his life after the death of his father.  If you’ll recall, Braff raised over $3 million on Kickstarter to fund the film this past April, spurring the heated debate over whether or not celebrities should crowdsource. In addition to Wish I Was Here, Sundance also announced a special screening of Kevin Smith’s Clerks, as a “From The Collection” selection, alongside Steve James’ seminal Hoop Dreams. Synopses from the press release are listed below.

Wish I Was Here / U.S.A. (Director: Zach Braff, Screenwriters: Zach Braff, Adam Braff) — Aidan Bloom, a 35-year-old struggling actor, father, and husband, is still trying to find purpose in his life. In coming to terms with the death of his father, Aidan and his family unite to discover how to turn the page onto the next chapter. Cast: Zach Braff, Kate Hudson, Mandy Patinkin, Josh Gad, Ashley Greene, Joey King. World Premiere

Clerks premiered at the 1994 Sundance Film Festival. A newly struck print of Clerks, created by Miramax Films to commemorate the film’s 20th anniversary, will screen on Friday, January 24 at 11:59 p.m. at the Egyptian Theatre in Park City. Director Kevin Smith is expected to introduce the film and participate in the Q&A.