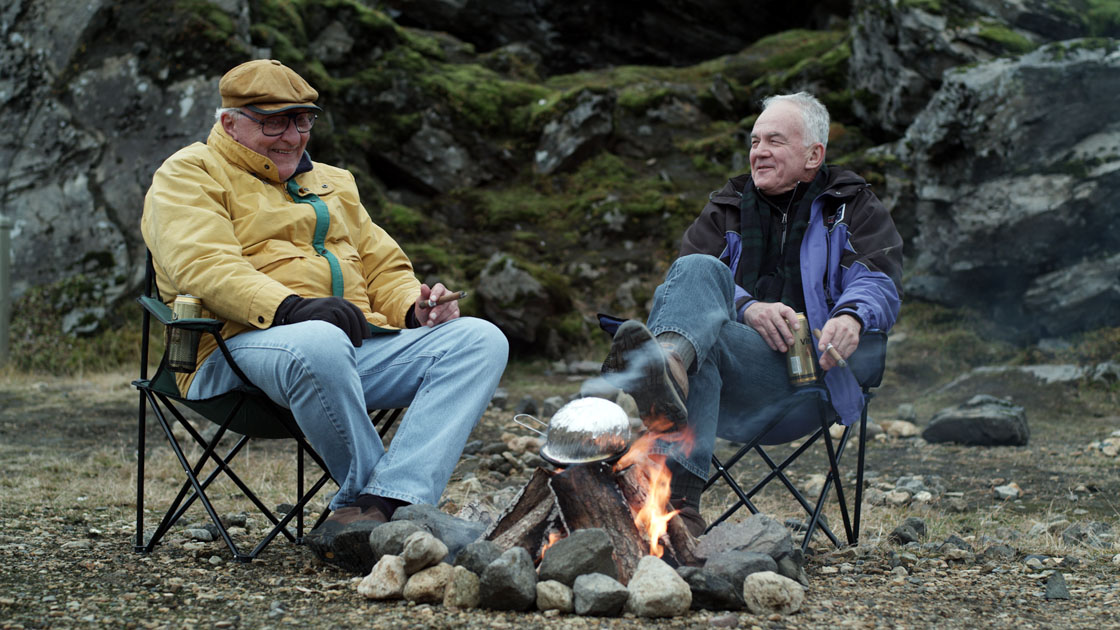 Making a movie set in Iceland was appealing in part because of the lack of distractions. The two main characters are old friends who haven’t seen much of each other lately. Once in Iceland, for better or worse, they’re completely stuck with each other, without any outside interference. Because these two characters are older, they don’t contend as much with the influence of the Internet and other modern diversions. In many ways they drifted apart as friends because of the attention they were forced to pay to other relationships at the cost of their own. Ultimately both of our movies deal with people getting over the typical, entrenched distractions. In Aaron’s movies, this clearing away involves people connecting or, you might say, really paying attention to the people around them. In Martha’s movies, this stripping down tends to happen in the name of some desired escape, which never turns out as planned. Both of those things take place in this movie: One of the two lead characters plans the trip as a sort of idealized refuge and ultimately the two renew their connection.