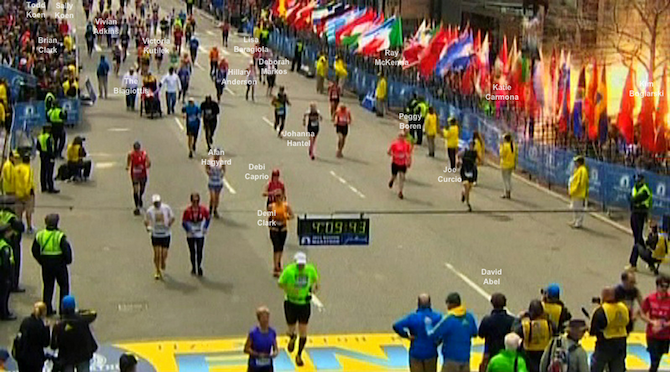 by Sarah Salovaara
in Transmedia
on Jan 3, 2014

As a tactile person with a Gen Y attention span, my preferred way of ingesting long form news is with a paper in hand. Make no mistake, I am prone to half-hearted cheating attempts: packed in a subway car, I’ll scroll through The New York Times app with one eye trained on the passing station, comprehending every other topic sentence.

With the 24-hour news cycle and a tech-friendly public that is increasingly immune to putting up its feet and paging through a periodical front to back, The Times has found a way to fully utilize the electronic format, giving it a slight edge over its “archaic” counterpart. 2013 saw the newspaper’s embrace of the transmedia capabilities of its dot com: who, really, prefers some 2-D ink to topography and chronology that evolves before your eyes?

Accordingly, The Times has compiled its “Year in Interactive Storytelling,” with multimedia reporting, data visualization, explanatory graphics, and visual and interactive features. Some notable selects include, “My State of the Union Address in 60 Seconds,” which allowed readers to fashion and share their own edit of Obama’s hour-long speech in a manner that was most meaningful to them. “Boston Marathon Moment 4:09:43,” meanwhile, pairs an image of the finish line at the second of the first blast with the accounts of the runners it depicts. “Reshaping New York” illustrates the impact of Bloomberg’s policies throughout his 12-year tenure with detailed graphic maps, photographs and text. A virtual tour of the five boroughs in all their gentrified glory.

Though this modern mode of journalism is not filmmaking per se, it still presents an alternative means of reaching and captivating an audience with a wealth of new tools. How to successfully and originally impress a story upon a consumer is something filmmakers definitely need to consider.