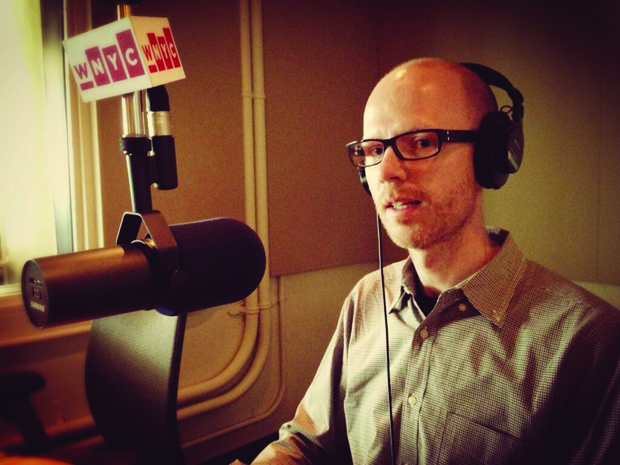 When I was a kid I hated videogames. Taking the controller at Pacman or Space Invaders or Frogger or whatever, I became nearly paralyzed with anxiety. The game started, and there you were: Go! Perform! Win! Within seconds, I’d lost. Game over. Total humiliation. Try not to let the other kids see your shame.

I was also the kid who rarely did homework and responded to every failed test with, “I didn’t really try.”

In other words, I’ve had a rocky relationship with failure in my life.

Where was Jesper Juul when I needed him?

Juul is one of the most interesting game theorists around and the author of The Art of Failure: An Essay on the Pain of Playing Video Games, a thought-provoking mediation on our relationship with failure.

“The paradox of failure,” as summed by Juul:

2. We experience failure when playing games.

3. We seek out games, although we will experience something we normally avoid.

“When we experience a humiliating defeat [in a game], we really are filled with emotions of humiliation and inadequacy,” Juul says. “Games do not purge these emotions from us — they produce the emotions in the first place.”

Failure is as integral a part of games as the possibility of winning. If it weren’t, as Juul hilariously suggests, all games would just consist of a button that said: “Press Button to Complete Game.” But no one would want to play that game. Research shows that players respond negatively to games that are too easy, i.e., don’t have enough failing in them. “We are not necessarily disappointed if we find it easy to learn to drive a car, but we are disappointed if a game is too easy,” Juul says.

But if games are centered on repeated failure and failures produce horrible feelings, why in the world does anyone play them?

The easy answer would be, “It’s just a game.” But I would appeal here to anyone who’s ever played a game to answer honestly if those feelings of frustration, anxiety and perhaps even anger aren’t “real.” Juul says, “The paradox of failure is unique in that when you fail in a game, it really means that you were in some ways inadequate.”

What’s fascinating about this is that we tend to think of what happens in games as being removed somehow from the “real” world. Yet Juul seems to be saying just the opposite. As opposed to the empathetic or sympathetic feelings aroused by other art forms, our negative feeling around failing in a game is directly about ourselves. You may feel sympathy and horror when you see Othello, but you probably don’t feel guilt. It’s not your fault Othello kills Desdemona — blame that on Shakespeare. But when you fail at a game, it is you who failed.

“Failure in games tells us that we are flawed and deficient,” Juul says. “As such, video games are the art of failure, the singular art form that sets us up for failure and allows us to experience and experiment with failure.”

When I read Juul’s book, I was instantly thrown back to those childhood days of fear in front of the arcade. I distinctly remember the feelings of anxiety and shame. And I remember deciding very quickly that I was simply not going to play them. (Remember, I also chose to fail on tests by “not trying” rather than risk failing after having tried.)

When I look back, thinking of games as an art of failure, I see what a sad little story my failure-aversion tells! (Not to mention a self-defeating one.) I didn’t have enough confidence to tolerate the feelings of frustration and inadequacy failure can induce. I couldn’t see failure as a challenge to develop new strategies. I could only see it as a condemnation. Which is a shame, because it’s only through accepting responsibility for failure — it is me who can’t move the joystick fast enough rather than the joystick is broken — that we can “improve our playing enough to actually succeed,” Juul writes.

Ah, well. What is art for if not to learn about oneself?