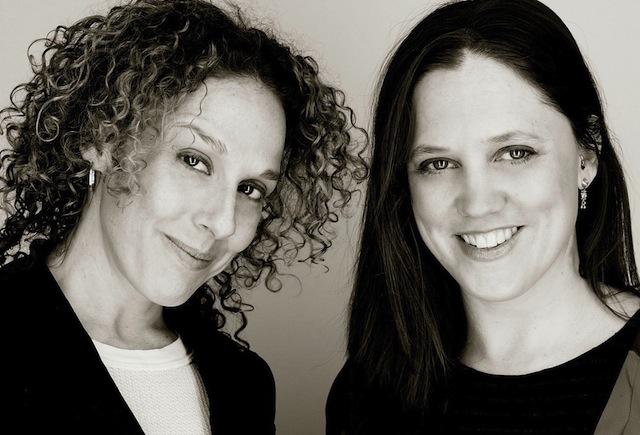 Heidi Ewing (r) of The Arrivals, with Rachel Grady

In our imminent Winter 2014 issue, Joy Dietrich penned a helpful piece on grant writing for documentarians, in which she surveyed recipients of Cinereach, Creative Capital, Sundance, MacArthur, ITVS and Tribeca funding. Fortuitous timing then that MacArthur released its 2014 grants this morning to the tune of $2 million for 18 different documentary projects. The films tackle such disparate hot button issues as immigration, health care, carbon trading, elderly care and the drug trade. Keeping up with the times, there’s even an interactive web platform designed around global youth communities.

Said MacArthur President Robert Gallucci, “This year’s documentaries illuminate serious issues in approachable, creative, and engaging ways, including two multi-platform projects that will be interactive and encourage audiences to share their own stories.” The 18 recipients were selected from a pool of 500 applicants. You can read about each project below, and learn even more at the MacArthur site.

The Arrivals, the intimate story of two undocumented immigrants in dogged pursuit of their own “American dream.” by Heidi Ewing, Loki Films ($150,000).

The Big Battle, about the nationwide fight to define a new immigration policy – and what it means to be American, in Congress and beyond, by Shari Robertson and Michael Camerini, Epidavros Project, Inc. ($100,000).

Carbon Trade-Off, about the promise and challenges facing carbon trading in California and Mexico, by Aaron Soto-Karlin and David Soto-Karlin, Nomoha Media LLC ($100,000).

Cocaine Prison, about the drug trade and the price paid by those at its lowest echelons, by Violeta Ayala, United Notions Film ($50,000).

Hazing, about the cultural practice of hazing, by Byron Hurt, God Bless the Child Productions, LLC ($50,000).

In the Game, about the experiences and aspirations of Latina adolescents and the role of soccer in their lives, by Maria Finitzo, Kartemquin Films ($100,000).

Out of State, about the experiences of native Hawaiian inmates sent to a private penitentiary in Arizona, by Ciara Lacy, Out of State, LLC ($75,000).

Saving Mes Aynak, about preserving archaeological treasures found in Afghanistan at a site made available by the government for mining by a Chinese company, by Brent Huffman, Northwestern University ($100,000).

Trapped, about the lack of accessible reproductive health care for low-income and African American women in the American South, by Dawn Porter, Trilogy Films ($125,000).

Voting Wars, which examines the recent debates and changes to voting requirements in the United States, by Ian Inaba, CEL Education Fund ($200,000).

Wounds We Carry, about the process of reconciliation among survivors of Cambodia’s killing fields, by Michael Siv, Center for Asian American Media ($100,000).