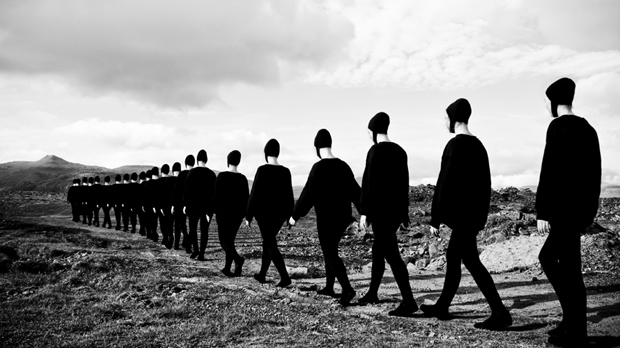 by Randy Astle
in Festivals, Festivals & Events, Interviews
on Jan 24, 2014

While much of the indie film community’s attention remains on Park City, there’s more than enough going on elsewhere to keep filmmakers and art lovers busy. Foremost among such events is the Dance on Camera film series, co-presented by Film Society of Lincoln Center and Dance Films Association and held from January 31 – February 4. Dance films date back at least to Edison’s very first Vitascope exhibition in April 1896 and have been a mainstay of popular and arthouse cinema ever since, from Loie Fuller through Gene Kelly, Maya Deren, and the work of hundreds of choreographers, film directors, and documentarians today.

DFA has been at the center of that activity since it was founded in 1956, publishing in print and online, offering workshops, awarding grants, and organizing Dance on Camera in 1971, first as an independent festival then, since 1996, as a program at Film Society of Lincoln Center. The program began touring to venues like universities and museums in the mid-90s, and now it screens internationally with 114 touring partners, the largest touring dance film program in a world increasingly populated with local dance film festivals. For anyone anywhere interested in putting dance on film or video, DFA  is the central locus of activity and a required resource.

The center of Dance on Camera remains its New York screening every January, and this year’s event promises an impressive agenda that includes documentaries (on Martha Hill and Paul Taylor, among others) and performance films (including Giselle, figure skating, and an aerial circus performed in English cathedrals) — besides discussions and gallery exhibitions. (The still above is from the six-minute film Magma, shot in the remote Faroe Islands in the North Atlantic.)  A full schedule and tickets are available here.

I talked with the event’s co-curators Liz Wolff and Joanna Ney about their curatorial process and where dance film stands today.

Filmmaker: What’s your own background and how did you get involved with Dance on Camera?

Liz Wolff: I was a professional modern dancer for over 10 years. After retiring from the stage I began working in the film industry, first in sales and distribution, then on the exhibition side of the business. I was introduced to DFA through a colleague two summers ago, and at that time the organization was looking for a new curator. It was a perfect fit.

Joanna Ney: My background has been in motion picture publicity and public relations, working for most of the leading Hollywood studios, often on specialized films. At Film Society of Lincoln Center I was public relations director for 12 years and later became a film programmer specializing in dance-related film exhibition and actor/director retrospectives. I created a series “Dance on Film” in which I presented many leading choreographers and dancers on stage in career highlights. Since 1971, Dance on Camera Festival had been exhibiting dance films in various New York City locations. But in 1996, with the help of Richard Peña, the Film Society’s longtime Program Director, I was able to invite DFA’s annual festival to the Film Society’s Walter Reade Theater and, in 2012, to its newest addition, the Elinor Bunin Munroe Film Center, where it has taken place ever since. It has now expanded to include not only film showings but panels, discussions, and adjunct events at the Film Center’s Amphitheater.

Filmmaker: Can you talk a bit about Dance on Camera? It’s been going for 43 years — that’s a lot of history and a lot of movies.

Wolff: The history of Dance on Camera goes back to almost the beginning of DFA, at first as 16mm screenings around town in various locations, presenting premieres of dance films as well as retrospective programs. The festival became more formal in 1996 when it came to the Film Society of Lincoln Center. We certainly presented a lot of movies — and we have a role in preserving the films that have been submitted and presented, many of which are stored at the Library of Performing Arts or at the DFA office. The organization is currently raising funds to develop the digital archive into something accessible to the dance and film communities.

Ney: As a curator for Dance on Camera since 2009 (when I officially left the Film Society but remained its curator for DOC) I have designed film programs stressing the link between dance and camera, creating and curating programs such as a tribute to dancer/choreographer/director Shirley Clarke (2013), bringing retrospectives such as the 50th anniversary screening of Carlos Saura’s Los Tarantos to the festival and soliciting films such as 2013 opening night Five Dances which opened theatrically, as well as First Position, which also enjoyed a theatrical run and critical praise.

Filmmaker: That’s a broad range of material. What’s the curatorial process like for you?

Ney: The process is a mix between co-selecting (with Liz Wolff) from submissions to Dance on Camera and soliciting NY, US or World premieres of dance-related films. This year I am adding some new elements: ice skating and its relationship to dance (Ice Theatre of NY: Ensemble and Collaboration) as well as dancers, horses, and autistic young adults in a filmed performance piece (Hästdans på Hovdala) with a New York-based company Equus Projects.

The opportunities in organizing a festival like this are that we have the freedom to move outside the boundaries of traditional dance programming. But the challenge, particularly in these tough economic times, how best to reach out to partners to create a new artistic experience without reliance on festival hopping and other costly avenues available to larger and better funded festivals.

Wolff: This is my second year as a curator for Dance on Camera, so I’m still refining my process, but the films predominately come from a worldwide online submission system. Joanna and I watch every film submitted — over 250 this year! Additionally, I keep my eye out for films from other tentpole festivals, looking for great new films that we can offer NY or US premieres, and looking for filmmakers who are pushing the boundaries of the genre.

Filmmaker: And Dance on Camera is growing, like with the recent expansion that Joanna mentioned into the Elinor Bunin Munroe Film Center. What kinds of films and events can people expect to see?

Wolff: This year we’re using both venues. We will be having a series of free panel discussions and exhibits: Our inaugural Dance Film Curriculum roundtable discussion, which will explore the incorporation of dance and film in higher education curricula; a talk with prolific news cameraman and photographer Sebastian Rich, who after 30 years of filming and photographing the world’s most violent wars and conflicts, has turned his lens to dance. There’s also an exhibit at the Furman Gallery and David Rubenstein Atrium by Klaus Lucka, whose innovative filmmaking techniques have created a new art form, and Meet the Artists, with Jonathan Demme and Annie-B Parson, who will discuss their collaboration on dance films.

Ney: As for finding narrative dance films, it is no easy task. Most of the films submitted are in the short format, usually no longer than 30 minutes. We have been fortunate both in 2012 (Five Dances) and 2014 with Miss Hill: Making Dance Matter, which opens Dance on Camera this year on January 31. And sometimes, when shorter films that are submitted fit a certain pattern, we bundle them into a full program, such as “Dance and Community” which is comprised of five films sharing a common theme, thereby creating an opportunity for stimulating discussion.

Filmmaker: What do you think about the state of dance film in this age of Vimeo and YouTube? Is the future in touring screenings and workshops like DFA has done in the past, small-screen platforms like a Dance on Camera app, technological innovations like Pina‘s use of 3D, or some combination of everything?

Wolff: I think dance film is thriving online! And yes, it’s everything. Minaturization and stabilization is letting directors move the camera right into the dancer’s space, which kicks off a whole new mainstream popular culture of movies that celebrate kinetic street and club dance forms — and at the same time, these cameras and new distribution channels are so much cheaper and more direct that every dancer can be part of the dialogue. Last year we presented Matthew Bourne’s Swan Lake in 3D, and Dance on Camera 2014 is going to offer incredbible short-form B-boy battles from Yak Films that use the high-speed slow motion that’s suddenly available to any filmmaker to great effect — while in another venue we’re presenting the interactive exhibits Klaus Lucka has created, which merge film and app by joining the large and small screens. I am sure we will continue to see more varied platforms across the genre, and Dance on Camera will continue to reflect the culture of dance films.