by Scott Macaulay
in Director Interviews
on May 12, 2010 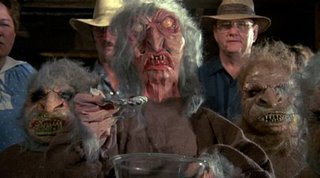 The most unlikely act of cultural excavation and redemption, Michael Paul Stephenson’s Best Worst Movie is a hilarious and poignant celebration of not only the communal experience of making and watching movies but the sheer randomness of life itself. The doc is Stephenson’s attempt to find out why a seemingly execrable B-movie he made as a child actor, Troll 2, has garnered a cult following of viewers who not only get off on its badness but also find an odd kind of joy in its screwy storytelling.

While Stephenson is present in the film, he smartly chooses as the doc’s focus one of his co-stars, a small-town Alabama dentist named George Hardy, who onscreen resembles a cross between Jim Nabors and Joe Biden. Hardy is the quintessential American optimist, whose sunny disposition and boundless good cheer makes him beloved by his patients, his town and even his ex-wife. Stephenson follows Hardy as he discovers that the 1989 no-budget horror film he acted in has developed a cult audience that stages parties and screenings, complete with viewers who know the film line by line and shout out its most egregious bits of dialogue. As Best Worst Movie progresses, Stephenson widens his scope, watching as Hardy reconnects with fellow co-stars, travels to screenings of the film across the country, and even reunites with the director, Claudio Fragasso, who, while he won’t turn down the airline tickets to the screenings, also won’t come to grips with his film’s designation on iMDB as the worst film ever made.

I’ll confess here to not having seen Troll 2. But watching the footage included in Best Worst Movie, it’s easy to see why Stephenson distanced himself from the movie for so many years and why one of its actresses basically views it as having ended her career. Indeed, the film’s high-camp quotient is so extreme, and Stephenson and editors Andrew Matthews and Katie Graham are so adept in hitting every possible comic beat that big chunks of the film at its SXSW premiere were inaudible over the audience’s laughter.

But what makes Best Worst Movie great is not just its sheer hilarity. In his film, Stephenson reaches for and accesses something moving and even kind of deep. From the older actor who realizes that he may have frittered away the years to the fragile, damaged actresss who played the mom to Hardy’s third-act recognition that perhaps he too should put the VHS of Troll 2 away on the shelf and get back to his life, Stephenson has turned his collaborators on the film into a wistful and oddly sagacious group of commentators on subjects as diverse as cultural value, aging, permanence, legacy and renewal. There are a lot of great documentaries about movies and moviemaking, but most of them either celebrate a great movie or detail a particularly crazy production. Best Worst Movieis one of the few films that focuses on the cultural and, more importantly, human trail that films leave in their wake.

I spoke to Stephenson briefly by phone a couple of days before his film opens in New York at the Village East. 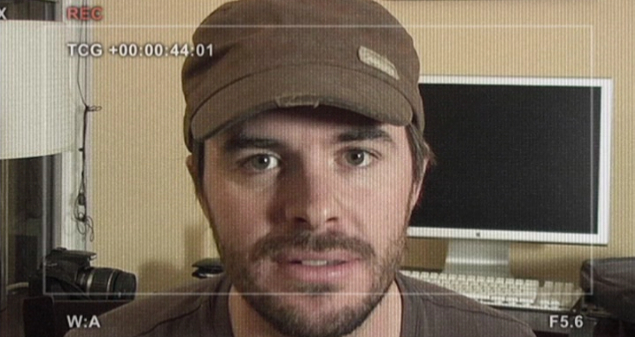 Filmmaker: When we met last, it was at SXSW in 2009, just after the premiere, which was very well received. Now it’s over a year later and the film is just reaching theaters. What has this past year been like for you?

Stephenson: Well, it’s been a total of four years I’ve been surrounded by all things Troll 2. It’s been a crazy, up-and-down adventure. SXSW was amazing, and that set off our great and successful festival run. But, at the same time, we were seeing the landscape change for specialty films. We were getting terrible offers for all rights deals, and we thought that if we were going to go down this road that we should do something different, so we have [embraced] hybrid distribution. Theatrically, we are working with Richard Abramowitz, who has booked 20 cities. We are taking an event approach, creating experiences for opening weekend in every city we are playing. Some of these events are double features with Troll 2 and others involved Troll 2 parties. We’re doing this because Troll 2 is a communual experience, so this should also be a film people can come together and watch in a theater. Some people said we should go direct to DVD or VOD, but we wanted to give it every chance to play theaters.

Filmmaker: As an independent, how did you approach obtaining the footage from the original Troll 2, which is owned by MGM?

Stephenson: I knew that a certain amount of material would need to be licensed, so I went to MGM up front and said, “Give me a quote.” They gave me a price for the clips and I planned that into the production budget. But as we got closer to finishing and when MGM saw the film, the quote all of sudden tripled.

Filmmaker: After the film was nearly done?

Stephenson: Yes. We had always known that this was our vulnerability. Fortunately, once my wife and producer saw that the studio wanted three times the amount of money for the clips, she started working with attorneys Michael Donaldson and Lisa Callif. They looked at the film and said, “If you make a few small adjustments this is the best case of fair use we’ve seen.” It was a long process, but everything in the picture ended up being cleared through fair use.

Filmmaker: What was MGM’s response?

Stephenson: It was not great. It was what you’d expect from a studio that wanted to push a small film around. Fortunately, our attorneys were great.

Filmmaker: Were there any issues with the guilds — SAG, for example? Or with the underlying music in Troll 2?

Stephenson: No. None of the actors were in the guild, and we never used any Troll 2 music. All the music we used was licensed, cleared, or we made it.

Filmmaker: Tell me how you met your editors.

Stephenson: Those are two of the relationships that formed on this movie. Andrew Graham and Katie had never worked on a movie. They are Troll 2 fans, and right before the New York City screening of Troll 2 [captured in Best Worst Movie], they contacted me and sent me this spoof video that made Troll 2 look like this endearing film. It was hilarious. I connected to them through that, and showed their little fan piece in New York. When it came time to edit, it was clear that it was the right decision [to hire them]. I was under a lot of scrutiny. Producers and friends would send me resumes of other editors, but I didn’t care what they’d have on their resume. It was about where their heart was. I knew Katie and Andrew would be with me at 3:00 in the morning on this film.

Filmmaker: What doors has Best Worst Movie opened for you?

Stephenson: I recently got asked to direct a narrative written by [programmer] Zack Carlson from the Alamo Draft House called Kaiju. After the premiere in Austin, he and [co-writer] Bryan Connolly pulled me aside and said, “We’d love for you to direct this.”

Stephenson: This sounds so cliché, but this whole experience, as hard and as difficult as it has been, has been a dream come true. I always wanted to be a filmmaker. Before starting this project I was writing and doing other things. To have worked on a first film that was this successful, and even to have been a child star in this awful movie — I wouldn’t trade these experiences for anything. Three weeks ago I had to do another tech check [for the digital master]. I had to sit and watch the film again for the umpteen thousandth time. I hadn’t eaten, I was grumpy, but five minutes in I smiled and thought, I am so proud of this. I have created something that will last decades, that encapsulates the experience of Troll 2 into something personal and meaningful.