The Festival of (In)appropriation #6 at Los Angeles Filmforum 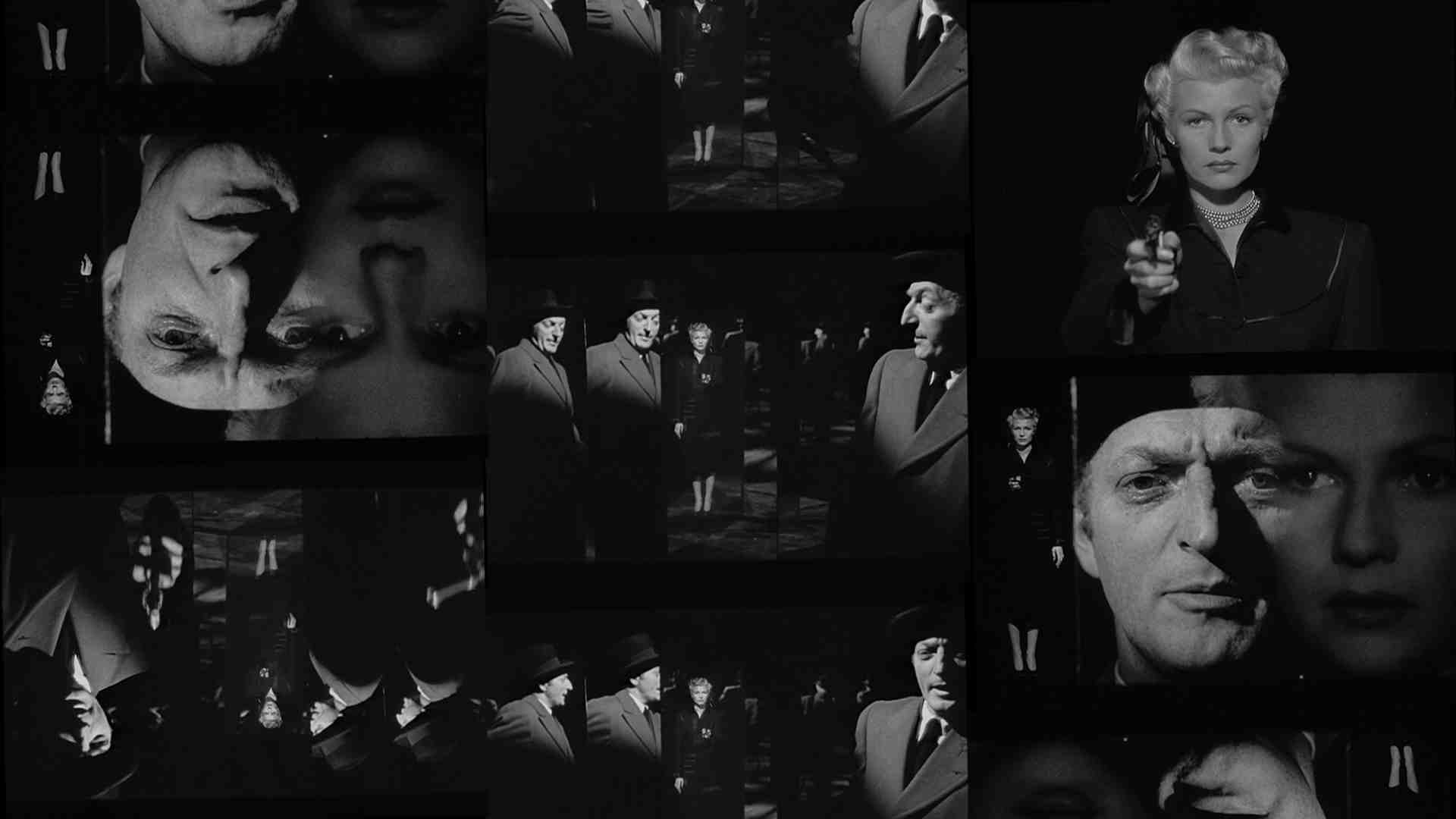 The Festival of (In)appropriation, a celebration of “contemporary short audiovisual works that appropriate film or video footage and repurpose it in “inappropriate and inventive ways” is the brainchild of co-founder and co-curator Jaimie Baron (who, not inappropriately, has a book on found-footage filmmaking coming out soon). Presented by Los Angeles Filmforum (no relation to NYC’s Film Forum – more like the West Coast’s answer to Anthology Film Archives, as for close to four decades it’s been L.A.’s longest-running organization dedicated to experimental film and animation, docs and video art) the annual event is now in its sixth year. For more information on the program – including my personal fave, Celeste Fichter’s Walking on Water, which, in 60 seconds, sets over 70 different depictions of Jesus’s walk across the Sea of Galilee to the Hawaii Five-O theme song – visit Los Angeles Filmforum.

Filmmaker spoke with Baron and fellow curator Greg Cohen prior to the found-footage fête’s February 16th opening at the Egyptian’s Spielberg Theatre on Hollywood Boulevard.

Filmmaker: So your festival is now in its sixth year. How did it originate and grow?

Baron: I founded the festival in 2009 with my colleague Andrew Hall (who has since moved on to other things). Andrew and I had both volunteered for Los Angeles Filmforum, and I had curated another small festival for Filmforum called First Sight Scene. I was specifically interested in found-footage film so Adam Hyman, the director of Los Angeles Filmforum, generously offered to let us have one night to program a new festival, which we decided to call the Festival of (In)appropriation. We put out a call for entries for recent appropriation-based works under 20 minutes, and we received about 150 submissions the first year, some of which were terrific.

Our first program premiered in June 2009. The high quality and variety of submissions inspired us to make the festival a yearly event. Since then, in addition to myself, several curators have participated in the festival including Madeleine Gallagher and now Lauren Berliner and Greg Cohen. Our curatorial approach tends to emphasize creative or provocative uses of interesting footage, but we also hope to produce a diverse program that showcases the variety of contemporary experimental found footage work. And each year, we get more submissions and more great work!

Cohen: I also think our curatorial strategy stems from a really constructive and dynamic conversation among three people who happen to think about experimental cinema and appropriation art in unique but complementary ways. Of course, Jaimie, Lauren and I are all genuine aficionados of experimental film and video, but we also have our own professional relationships to the field and its media. As a result, our decision-making process is marked by a fairly complex orchestration of concerns, be they theoretical, formal or sociopolitical. There’s something of the scholar, the artist, and the activist behind the rationale of every curatorial decision we make. This, I think, is one of the things that truly distinguishes our festival. I’d go so far as to say that curating the show is as enriching to us as engaging with the outstanding artists that send us their work. I’m continually learning from Jaimie and Lauren, and evolving as a curator in turn.

Filmmaker: Do you have relationships with specific artists who you’ve supported and showcased over the years?

Baron: There are several filmmakers whose work we have shown in multiple editions of the festival, including Gregg Biermann, Kelly Sears, Scott Stark, Heidi Phillips, Clint Enns, Evan Meaney and Gerard Freixes Ribera. They submit their work for consideration just like everyone else, but their work tends to be very strong, so it’s no surprise that we end up selecting their films for the festival. We also keep in touch with most of the filmmakers who have participated in the festival. It’s important to me to create a community around experimental found-footage filmmaking, and I think the festival serves as a kind of hub around which this community can – at least virtually – gather.

Cohen: Because we’re a small independent festival, the personal relationships we develop with our artists are absolutely central to the work we do. And I think the pride and professionalism we bring to those relationships are manifest in the submissions by filmmakers whose work has screened in past festivals. Needless to say, we approach all our prospective artists with the same ethos, and we’re continually seeking out innovative work not just from North American artists, but also from filmmakers around the world. We really want to develop the profile of our festival as an international showcase.

Of course, our principal criterion of selection remains the quality of the work itself above all – which is something that matters as much to the artists as it does to us. Naturally, it’s not simply a matter of “getting in” to the festival, but of screening their films alongside works by other filmmakers who take their art just as seriously, and aim to plumb the depths of appropriation aesthetics, broadly construed. At the same time, the community we’ve strived to create around experimental, found-footage moviemaking extends just as well to our public, comprised of very engaged viewers, makers, and thinkers in their own right. Our audience clearly craves a screening program of challenging and provocative work – and they meet those challenges directly in the Q&As we hold after every screening.

Filmmaker: How has the advent of transmedia impacted the work you’re seeing?

Baron: Digital media has certainly impacted the work we’re seeing. Found-footage filmmaking used to mean splicing together strips of old film. Now much of the work we get is appropriating from digital sources, and employing digital editing software of various kinds. In addition, some filmmakers are actively using digital media to deconstruct the film image. This is true, for example, of the work of Gregg Biermann, who often takes footage from classic Hollywood films and then applies complex digital algorithms to reconfigure both sound and image. Others, like Evan Meaney, produce works that degrade the digital image, producing fascinating glitches that expose the material substrate of the medium.

Cohen: In some ways, I think the prominence of digital and transmedia is precisely what fuels the underlying debates around appropriation that form the very foundations of our festival, in both the intellectual and the aesthetic sense. When a program can juxtapose the painstaking, almost artisanal work of artists like Scott Stark, Richard Wiebe or Stacy Steers (all of whom deal with analog material in innovative ways) with the mind-boggling technological maneuvers of someone like Eric Patrick or Jorge Sa or Gregg Biermann – then I think our festival begins not only to embody the many historical tensions at play in the practice of appropriation art in general, but also, in very crucial ways, to activate and even disrupt the theoretical fault lines that make appropriation film and video such an important part of today’s larger media landscape.

Filmmaker: Where do you envision the festival going from here? Online? On tour?

Baron: We hope that the festival will continue to grow in terms of its size and reputation. At some point, we would like to have more than one program per year and we would love to have a space in which we can screen installation work. (At the moment we are limited to single-channel work.) The festival does tour and has screened at various venues besides Los Angeles Filmforum, including universities and art house theaters, but we would like it to be screened even more widely so that more audiences can see this terrific work. We would certainly like to add an online component of some kind, but for now we still believe in projecting these works in a dark theater where audiences can really immerse themselves in the experience of watching the films.

Cohen: We’ve also begun to discuss the possibility of incorporating symposia and exhibitions into future iterations of the festival, transforming it into a multiday event that transcends the walls of the screening room and brings a broader spectrum of artists, thinkers, theorists, and activists into the conversation. All of us are holding down full-time jobs at the moment, so our time is limited in that regard (as are our financial resources!), but the possibilities are almost limitless for a vastly expanded festival. One that really explores the concept and the practice of (in)appropriation on multiple levels and across many disciplines beyond the strictly cinematic. It’s as overwhelming as it is exciting to contemplate.

Meanwhile, it also seems worth mentioning here that in the past couple years we’ve begun to produce a compilation DVD of all our past festivals. There are five DVDs total at the moment, which educational and cultural institutions can purchase for their video libraries. In addition to the touring program of the festival, this is another of the modest ways we’ve been able to promote our efforts beyond the confines of Los Angeles Filmforum.

Filmmaker: How do filmmakers get in touch with you? Is there a submission process?

Baron: We put out a call for entries each year, which goes out on various listservs and websites, including our site. Filmmakers submit DVDs of their work, and we get together to watch and score all of the submissions. After viewing all the films, we select about 15 out of 200 for the final program, so it’s quite selective! Filmmakers can contact us at festivalofinappropriation@gmail.com.