Nandan Rao on The Other Men of Dodge City 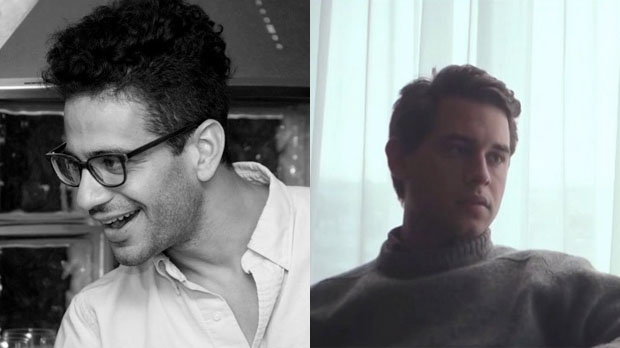 by Nick Dawson
in Filmmaking, Post-Production
on Feb 19, 2014

The following interview took place after 2013 “25 New Face” Nandan Rao had seen for the first time The Other Men of Dodge City, a re-edited version of his own movie The Men of Dodge City cut by fellow 2013 “New Faces” Pete Ohs and Andrea Sisson. The film debuts on NoBudge from Wednesday February 19 at 7pm. You can read Ohs and Sisson’s take on the film here.

Filmmaker: What was your reaction when Pete and Andrea first got in contact with you? Do you remember what their pitch was in terms of what they wanted to do?

Rao: We have a mutual friend who was the editor on my movie. He lives in Ohio and knows them through the Ohio scene and he somehow showed it to them because they’re friends. I think they sent me an email and it was like, “Hey we saw your movie” and said something positive. “Can we re-edit it? We’d like to edit it again.”

Filmmaker: And you said sure?

Filmmaker: You shot this some time ago, in 2010. Did that distance help you?

Rao: I would give anybody my latest film or anything if they wanted. For sure. I don’t think it would change my answer. But I definitely do feel a distance to it by now. Just inherently.

Filmmaker: Did you have any expectations going into the screening? Or hopes, fears?

Rao: Yeah, I guess. I think I’m generally pretty good about not having many expectations but I just wanted to like it because I like them and their movies. Any time you see a friend’s movie, you want to like it. So that was my hope and fear.

One of the most interesting things I hadn’t really thought about is that when you take two people and the same material and they don’t completely subvert it and totally… There’s also a lot of other footage that I shot that wasn’t in the movie that they chose also not to include. They just didn’t choose to go there but seeing as they didn’t necessarily subvert it a lot, it was so interesting to see that it’s a different human looking at it. It’s a different perspective, it’s a different opinion, it’s a different worldview inherently and that can be super apparent in a really interesting way. They kept emailing me while they were cutting it being like, “We feel like we’re really getting to know you through watching this” and it makes sense because it’s like your weird little workspace. You have all your notes and all the footage and every single take you’re doing…

Filmmaker: You sent them notes and your edits.

Filmmaker: It’s interesting, because when I first spoke to them a few months ago, it seemed like they were planning to make something using none of the footage that you used.

Rao: Sure. They pretty much could have. Like I said, there’s a decent amount throughout of whole scenes of dialogue and with the characters that would create character development, everything. You totally could [do that].

Filmmaker: In the Q&A [after the screening], they were talking about how they ended up using a lot of the stuff that you had used simply because they agreed that the takes that you used were the best, which I think is kind of fascinating.

Rao: Yeah, that was kind of interesting. It’s also interesting because with the process of shooting the film, when we were going through and reediting it, we would often change the take and it would just change the whole scene and change the course of the movie, because it’s totally improvised. A lot of the major scenes were shot on different days, and so if we came back to the same scene, we tried something different, and then we came back and tried something different. So we could go back to the Day One scenes and pull some of the first takes, and now that changed the movie. It’s just a different editing process, especially if you have a lot of coverage and you’re creating a scene; it’s more like you’re choosing from a lot of fully made scenes. So, it wasn’t just that they chose to use a lot of the same takes and a lot of the same scenes. I think there’s a mix of time constraints and not being able to go through and rewatch every single little take and take notes on it.

Filmmaker: How many hours of footage did you send them?

Rao: That’s a good question. I’m not actually sure. It must be at least 60 hours, because most of the films we do end up around there, but I think it was probably more. It’s almost surely more than 60.

Filmmaker: In your version of this there’s no music, but in theirs music by No Age shapes the film in many ways. How radically did that shift the way you perceived the footage?

Rao: Obviously I’m viewing it in such a weird way. When you’re editing your own films, you get to the point where it’s hard to tell [how you feel about it] but you still are able to make decisions because you have to. But [watching] this, [there are] so many layers and so many things going on. I think inherently not having music, and especially having this [style of] camerawork, I have put a very stripped-down, raw, critical, bare, objectifying, looking glass, almost like observatorium-esque feel to the original, and I think that’s an inherently different mood [to] putting music in. It all of a sudden becomes much more ethereal and emotional and expansive and all of these things that our film was specifically not, in a lot of ways. It’s such a small shift and probably most people who have watched both versions will be like, “It’s mostly the same,” but to me, it’s so different. It’s entirely changed the whole context of it and inherently changed the context of the scenes and the characters and what they’re saying and the way we perceive them in their situation.