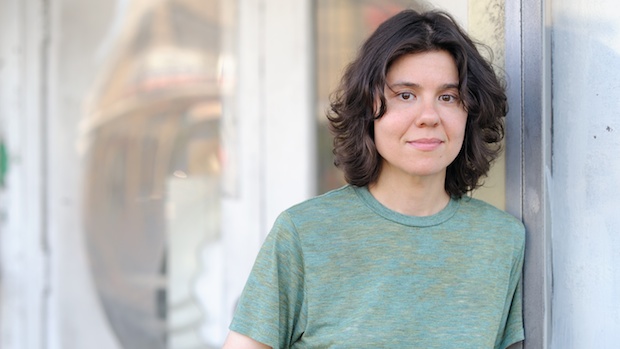 Following her “The Women of Sundance” article in our print and online additions, Danielle Lurie continues her coverage of female filmmakers with a series of pieces highlighting women directors at SXSW. In this interview, she talks with Amy C. Elliott, the director and also d.p. of Wicker Kittens, screening in the Documentary Spotlight section.

Elliott: When I first heard there was such a thing as competitive jigsaw puzzling, I just wanted to know more. And in particular, I wanted to know more about the specifics — how many people do this, is there a year-round circuit, what are the prizes? And as a documentarian, when you find a topic like that, where you’re so excited by the mundane details, it’s usually worth making a film about.

Elliott:It was important to the organizer of the jigsaw puzzle competition that she provide the contestants with really good prize baskets. We thought it might be funny to reconstruct these prize baskets and shoot glamor shots of them to insert in the film. So I hunted down and ordered the items — puzzle glue and puzzle mats and keychains and a massive collection of Tupperware. I was shocked to discover how much Tupperware cost. Later on, we decided not to use these cutaways after all. I now own more than $200 of Tupperware. Although Tupperware does not seem particularly legendary, it was easily the most ridiculous line item in our budget.

Elliott:I was the d.p. on the film as well as director, and it was a small crew. There were a few big events we covered, such as the final contest, and there we had a larger group with seven cameras. Technical proficiency was really the only thing we considered when bringing people on board. However, it still worked out that exactly half of that crew was female. I didn’t go out of my way to hire women — there are plenty of qualified women out there eager to work; it is not hard to find them.

Elliott:I believe I was particularly open to allowing women to carry scenes and able to showcase female friendship and camaraderie in a way that feels authentic and is true to the characters. It probably even influenced my selection of the subjects themselves, including our puzzle expert, Anne Williams. Williams is the country’s leading jigsaw puzzle historian so her inclusion would have been an easy call for any director to make. But I was definitely conscious of (and pleased with) the fact that she’s the one voice of authority in the film. Along those lines, while the film is not, and was not intended to be about women per se, they do make up a majority of the people who appear on screen. I think that’s a nice incidental result of my perspective as a director.

Elliott: It’s definitely helped, though in a somewhat oblique way. I’ve directed two films, but make my living behind the camera. Shooting (stills and motion) has been my day job for over 17 years. And as a female shooter starting out, I was very sensitive to the perception of women as less mechanically minded. So I kind of overcompensated. I’m a gearhead to begin with, but I made knowing the literal nuts and bolts of my equipment my top priority. I studied manuals cover to cover, took cameras apart to see how they worked and befriended my manufacturer reps. That technical rigor not only allowed me to do my job better, it also gave me an early confidence that put my clients at ease. And it’s kept me nimble as the technology evolves.

Elliott: Raise awareness of the gender inequity in the creative filmmaking roles and the impact that has on the films that are made. Fewer female filmmakers result in a narrower range of stories and ways of telling them. I suspect that the more people understand what they are missing, the more they will demand it. And if it is clear that there is demand for films made by women, the barriers that exist for women filmmakers will erode.

Elliott: I’m making a film about the largest dump in North America that’s still open to the public for salvaging. It’s in Yellowknife, Canada up near the Arctic Circle, and it’s almost like a community watering hole. Folks from all walks of life frequent it for all different reasons — it’s even a local tourist attraction. Some of the stuff they find there is amazing (and some is definitely not), but it all reveals the very different ways people define garbage.