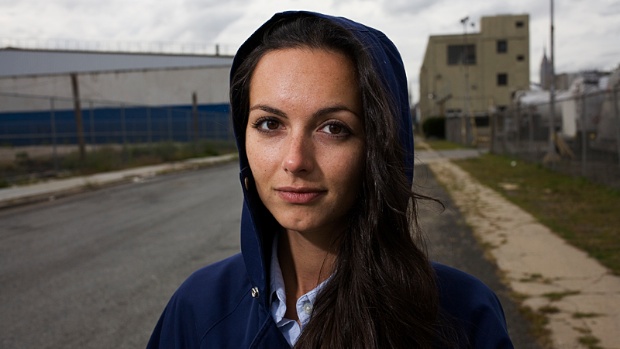 Following “The Women of Sundance” article in our print and online additions, Danielle Lurie continues her coverage of female filmmakers with a series of pieces highlighting women directors at SXSW. In this email interview, she talks with the director of the experimental documentary Empire, Eline Jongsma.

Jongsma: Empire is an immersive documentary project about the unintended consequences of colonialism. We shot it in ten countries over the course of four years and didn’t have a real home base for any of that time. We just traveled and worked. Empire started during an artist residency in 2010. An artists’ collective in Sri Lanka picked me and my co-director Kel O’Neill to participate in their new media residency. We took that as an opportunity to investigate cultural hybridity by diving into Sri Lanka’s Dutch colonial past and the mixed race community (known as the Burghers) that came out of it. It’s a topic close to my heart, as part of my family background lies in colonial Indonesia, which was known as the Dutch East Indies before independence.

Jongsma: We fundraised in stages. Empire consists of four video installations, one book, an interactive website, and ancillary journalism pieces for outlets like Vice. All these stages required separate fundraising (except for the journalism). Most of the funding came from grants from the Netherlands, which is where I was born. At times we closed the gaps with money earned from commercial or journalism work.

Filmmaker: What is an anecdote from the making of this film that should be legendary? I know you have at least one.

Jongsma: In 2012 we were shooting for Empire in Suriname. Our story there revolved around the semi-legal artisanal gold mining that is currently sweeping across the country. During the colonial days, the Dutch gave up on mining Suriname’s gold because they thought it wasn’t profitable enough. But these days the value of gold is so high that a lot of poor city folks go into the rainforest and start digging with mercury like there’s no tomorrow. On one of our shoots I ended up sleeping on an old mattress in an abandoned school building. I woke up the next day with a full head of head lice. The only medicine available in the country has been banned in the U.S. and Europe because it can cause seizures. I was so desperate I used it anyway. It was that or shaving my head. The little fuckers multiplied so quickly it was frightening. In retrospect, I probably should have shaved my head because since that incident I have dandruff.

Jongsma: Well, Empire is researched, shot, directed, edited and produced entirely by my co-director Kel and I, so I would say percentage wise the crew was 50% female! Whenever we need outside help, hiring women as local assistants, translators, fixers, etc. has always been a big consideration for us. I like working with women, and I know from my own experiences that it can be hard to be taken seriously sometimes. It is a male-dominated field, and girls often don’t get the opportunity to get interesting work experience in the field. I recently found out that the tech world is even more male dominated than the film world. We made a conscious decision to find a female web developer for the interactive version of Empire. What we found is that there are a lot of brilliant female creative technologists out there who aren’t getting the opportunities to work on high-profile projects. We ended up with a really great woman, Genevieve Hoffman.

Jongsma: Well, since the film is made by a male/female (husband and wife) team I’d say no, a male director wouldn’t have handled the making of the film differently. We make a good team: ideas and approaches that we don’t agree on are thrown out and we are careful to give each other’s creativity space during shoots. Since we work with “real” people and not with actors, there’s always a need to connect with people quickly, and it helps to be a woman in that regard. People think you are non-threatening.

Jongsma: I still have a long way to go, so ask me again in a couple of years!

Jongsma: To society: stop shaming confident girls and making them feel like they are arrogant for having opinions. To the industry: don’t just listen to the loudest voice in the room.

Jongsma: First Blood. Is that a blockbuster? I saw that movie for the first time when I was 25. Brilliant.

Jongsma: I am currently creating Life, as I am eight months pregnant with my first child. I’ve been told it is a girl. Even though it’s quite a challenge to still be shooting (I just came back from the Utah desert) I see that I can potentially be a great role model for my future daughter. I recently heard someone say that if you have a boy, you teach him how to be a boy. If you have a girl, you have to teach her how to be a girl and a boy.

Jongsma: I’m interested in meeting potential future collaborators and in getting inspiration. Is Sylvester Stallone attending?

Filmmaker: What is a question I should have asked but didn’t that you think is relevant to your film?  Please answer it.

Jongsma: Maybe, “Why make an experimental documentary and not a feature film?” The answer to that would be that the structure of the project arose organically to match the sprawling nature of the subject matter. It’s not just the time of movies right now, since we have long form TV and online video, and all kinds of new forms coming up. Because it is distributed across so many platforms, Empire is very much of this time.