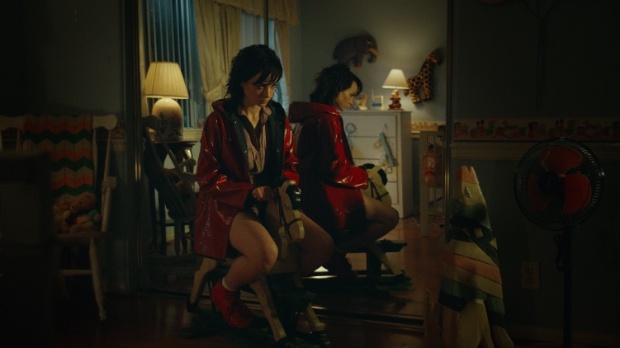 Following “The Women of Sundance” article in our print and online additions, Danielle Lurie continues her coverage of female filmmakers with a series of pieces highlighting women directors at SXSW. In this email interview, she talks with the executive producer of the Midnighter selection, Home.

Resnick: I had long been interested in working on an intelligent genre film that pushed the boundaries and elevates the genre especially one with a fundamentally all female leading cast. I also had a relationship with the producer/financier and wanted to do a film with him.

Resnick: I became part of the film once the financing was already secured.

Resnick: As an executive producer, you are not always called upon to do the interviews for the EPK for the film, drive an actress to and from set who had two car accidents before we started shooting, and order the crew gifts…all in a day of independent film making!

Resnick: It is always a consideration although in this case, the director had a crew from his first film and was important for him to have continuity with the major roles like dp and production designer. We did hire women as costume designer, HMU, coordinator and the like.

Resnick: I think it is much harder to be a female director than a producer….something about people trusting you more in a role as a helper and enabler than as the captain of the ship. I do think that women make particularly good producers since so much of what we do is to be able to multi-task and figure out how to get what you want by understanding how to deal with others.

Resnick: I believe women hiring women is the best way to get more women involved. Women from film school or college onwards need to take a page out of the good ol’boy network and help each other in all aspects of the film-making process.

Resnick: Since I am not a director, I can say only as a producer I would love to have produced Philomena… maybe not a blockbuster but a complete and really satisfying film and story.

Resnick: I produced a feature film written and directed by a woman that we are finishing right now. This was a film with a female line producer, production designer, costume designer, editor and VFX artist!

Filmmaker: What do you hope to gain from being at SXSW?

Resnick: Who would be your dream person to meet while there? I am always happy to meet new talent, both writers and directors, whose stories affect me and need help to be told. I also have a technology component to my company with my partner and we are looking for new voices for short form scripted content.

Filmmaker: What is a question I should have asked but didn’t that you think is relevant to your film?  Please answer it.

Resnick: As a woman producer who produces films for the most part written and directed by a woman, how was it to work with a male director and producer? See my answer to question #3.