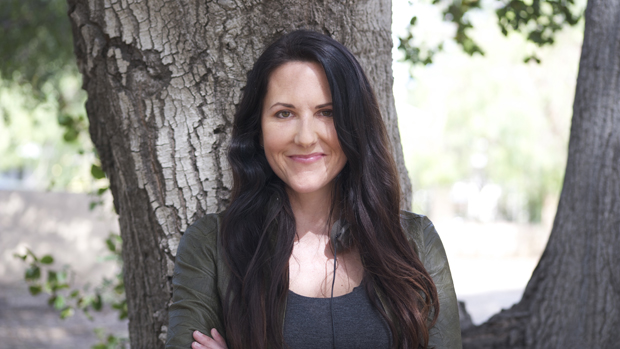 by Danielle Lurie
in Interviews, SXSW, SXSW Features
on Mar 9, 2014

Mary Pat Bentel makes anything possible. Sure, sometimes she’ll give you, the director, an experienced smirk that says “Are you serious?” But then, just like that, before you can even blink, your dream actor has agreed to meet with you for coffee, she’s found a financier who wants only to give money to the subject matter of the film you happen to be directing, and that helicopter shot you timidly asked for gets scheduled for next week. While I know this first-hand because Mary Pat produced a documentary feature of mine years ago, I also know it from that good old thing called “word on the street.” Simply said: Mary Pat has the unique capacity to care about a film project as much as her director does, and in the world of indie filmmaking, where dedication and passion are the key ingredients toward making any movie, this capacity is gold. Her past films have run the gamut of being Sundance premieres, experimental art films (one recently screened at Frieze Art Fair and another before that premiered at the Venice Biennale), as well as wide commercial releases. Mary Pat chooses her films by their story, their meaning, and by whether or not she wants to roll up her sleeves with the director and make magic happen for them. And if she signs on, she’s on 110 percent. Animals, which is having its World Premiere at SXSW, is Mary Pat’s latest passion project. She shares more about the film with me here.

Bentel: The script was so powerful and emotional. I found myself sobbing each time I read a new draft, especially the final scene. Even after watching I don’t know how many cuts of the film, it still gets me. From the beginning, this film felt a lot like Requiem for a Dream and Blue Valentine – two films I adore – but with a fresh, slightly more fun, take on addiction.

Initially I was told Chris Smith (Collapse, American Movie) was attached to direct and there was already a million in the bank. However, when I sat down with the writer, Dave Dastmalchian, I learned that Chris was producing the film, they didn’t have a single dollar committed yet, and there was a first-time director at the helm.

But at that point, it was too late to turn back. I was already head over heels in love with Dave and his story. Though not a biopic, much of Animals was inspired by his real-life battle with addiction and homelessness. Then I met Collin, our director, and it was official. I was going to bleed, sweat and cry on yet another indie. And I am so happy I did.

Bentel: The money was raised through friends and family, and we ended up making it for way under $1 million.

Bentel: Our location for “the projects” was an apartment building that was scheduled to be renovated after our shoot, but there was a construction crew literally knocking down walls when we showed up on the first day. We had to bribe them with pastries and kindness. One location after another fell through for a plethora of reasons, but no one ever gave up on Animals. Everyone was in it for the right reasons, and we kept pulling rabbits out of the hat to make it work.

Bentel: Women really gravitated to Bobbie’s journey, and therefore, more than half of our key creative crew ended up being female. Gender never plays a part in hiring for me, I always just go with the best person for the job. That means whoever understands the story and the characters on the deepest level. I also consider who wants it the most and also has the experience to deliver. A true meritocracy is the best way to ensure a level playing field for women.

Bentel: Maybe it’s different in a studio environment, but for the indies I work on, I feel totally in control and very seldom feel like I’m losing out because I’m a woman or getting ahead because I’m a woman. I focus on telling stories I care about, and I hope that one day I’m able to do it with more money and bigger names so my films can reach a broader audience. When I first started out, I was bummed not to have a female mentor like the guys did back in the ’80s. But then I got over it and got to work.

Bentel: I might be crazy, but I think it’s already happening. Slowly, for sure, but we’ve seen real progress since Bridesmaids proved female-centric films could make a killing at the box office. That opened up doors for filmmakers like Lena Dunham, Jill Soloway, and others. As female filmmakers, we need to keep telling stories that are close to our hearts and trust they will find an audience. And when those films make it to the screen, we as female viewers need to show up to support one another. The more money female-centric films make, the more money will be available to fund them.

Bentel: Mr. and Mrs. Smith. I know it doesn’t seem like my kind of movie given the ones I’ve produced to date, but it checks all the boxes for me. It’s smart, sexy, and fun. It’s entertaining as hell but also a clever commentary on how stale marriage can become, especially when you’re not being honest with one another. Plus there are guns and explosions! I just love it.

Bentel: Lost in Austin, which is currently in production. It’s a dark comedy starring Linda Cardellini, Craig Robinson and Skeet Ulrich about a woman who stages her daughter’s kidnapping in order to get famous. A satirical look at the lengths some people are willing to go to attain the new American dream of celebrity.

Bentel: I’m looking for good exposure for Animals, and it’s always great to connect with other filmmakers that are doing interesting work.

I would faint if I met Wes Anderson. He’s the reason so many of us got into filmmaking. Rushmore is one of my all time favorites, and I see every new flick of his the night it opens. So excited for The Grand Budapest Hotel.

Bentel: “Given the recent attention on drug addiction following Phillip Seymour Hoffman’s passing, how do you think your film contributes to the debate about drugs in our country?”

While Animals is a story about a couple that is deeply in love, the film makes it clear there is nothing romantic about drug addiction. I had a visceral reaction to the stark realities of addiction portrayed in the film, and some of it can be hard to watch. But I think the deeper message is that drug addiction isn’t an abstract concept, it is a disease that afflicts people. These people have goals, families, lovers, and failures, just like the rest of us. The film shows how dehumanizing addiction can be, but it simultaneously humanizes the addicts at the center of the story.