The Women of SXSW: Seeds of Time Director/Producer Sandy McLeod 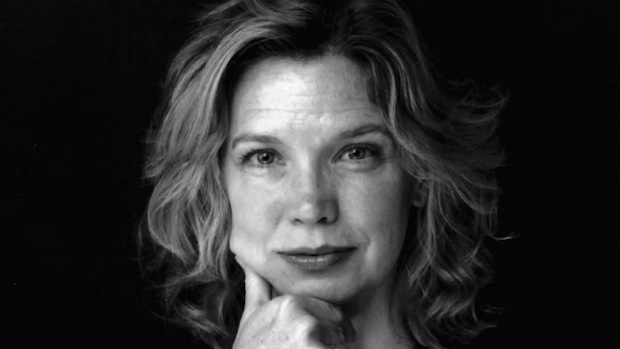 Following “The Women of Sundance” article in our print and online additions, Danielle Lurie continues her coverage of female filmmakers with a series of pieces highlighting women directors at SXSW. In this email interview, she talks with the director and producer of Seeds of Time, Sandy McLeod. The film screens Sunday morning in Documentary Spotlight.

McLeod: I thought that I was relatively well informed on the subject of food and agriculture, but as I delved into the material I quickly realized that agriculture was up against tremendous pressures in ways that I knew almost nothing about. I also realized that it was really fundamental information to any intelligent conversation about food security and sustainable agriculture. And we need to be having more of those conversations.

McLeod: It was a long road, that continued for six years. We appealed to everyone we could think of who had an interest in agriculture and found that the people who were trying to shore up agriculture had little or no money to put in to a film and that people who wanted to invest in a film thought that agriculture was not a “juicy” enough subject. So it was slow going. We would shoot, raise more money and shoot more all the time raising money. We found some angels along the way, but in the end it was persistence that paid off.

McLeod: One of the strangest things that happened was a bit of synchronicity. I still can’t believe it actually happened.

I was sent an article from the New Yorker called “The Doomsday Vault” from two friends, which was in itself unusual. My friends don’t send me that many articles.

Anyway, I was reading the article one morning at breakfast and my husband was on the speaker phone with a overseas call. I noticed that he was taking to someone called “Cary,” and I was reading about Cary Fowler. Then I heard him say, “How much did you get from the Gates Foundation?” As I read that “the Gates Foundation gave 50 million towards collecting the seeds.”

I was reading about the person that my husband was talking about. When he got off the phone I said, “Was that Cary Fowler?” He said “Yes, how do you know him?” I didn’t know at that time that I wanted to make a film about him, but I wanted to meet him and now that would apparently be dead easy.

McLeod: I used as many women as I could because I grew up in this industry and I am well aware of how hard it is for women. But even then the majority of cinematographers I used were men.

McLeod: Of course we are different in the kind of material that resonates with us and how we approach that material. Would a man have been this interested in this story? I like to think so. I feel that the material is not gender specific. But I do think that a man would have perhaps had less patience with the process and probably would have carved out a different story with the same material. Men are also harder on themselves than woman are. One man was mystified as to why I chose Cary as my main subject, and that was one reason that we weren’t funded by him. He was supper critical of Cary in a way that honestly made me feel badly for funde, because his criticism was superficial.

McLeod: I wanted to be a cinematographer when I first got interested in the film business. This was almost 40 years ago now. I worked at an equipment rental house and learned to load magazines. I learned I couldn’t find a single cinematographer who would let me load mags for them. It was astounding to me, but try as I might at that time I couldn’t get a job as a loader. There were no women on the set at that time except for script supervisors. wardrobe and make up artists. I became a script supervisor on features. That job at the time was still referred to as “script girl.”

I’ve seen some very big changes, but there is still so much room for growth when it comes to equality.

McLeod: Give them cameras and encourage them to tell their stories. I wrote a script years ago that I wanted to make into a feature. It was a story about a woman who lived in her car as the result of a divorce. I was able, with the help of a great producer, to raise $3 million dollars and get Chris Cooper and Sam Jackson attached to the film. It eventually fell apart because I couldn’t get a leading lady that the financing and I could agree on. I can’t tell you how many studio executives I met during that time who wanted to know where the male characters were. I had to write a scene for the husband who was originally left out of the film except for one small scene. I wrote the scene because I thought it would make the film better. But I realized at that time, which fortunately has changed now, that the story was too female-oriented and therefore the men who were the ones who could green light it couldn’t relate to the story that well or worse, were threatened by it.

McLeod: Oh, my gosh there are so many great films out there. This year in American films I can think of several: Her, Gravity, 12 Years a Slave, Nebraska.

McLeod: I am excited to see what it’s like now. I haven’t been there since it was [just] a music festival. I want to meet people who share the same passion for film that I do.

McLeod: I think you’ve done a perfectly good job of it.

There is one production story that I can tell you. When we arrived in Svalbard it was getting dark but I wanted to see the vault, so the videographer and I went to the vault. But by the time we got there it was dark, the wind was howling and there was a shot that I wanted to get of the vault in the dark. We  panned the car lights so that we could use them for fill in part of the shot and leaped out of the car. We trudged up the hill in the deep snow and were setting up the shot when I realized that I didn’t have a hat on and it was literally 30 below. I first noticed that my nose was cold and then that it hurt and I bolted down the hill for my hat and gator. Sometimes you get so excited about the shot that everything else goes by the wayside. We didn’t use the shot and I didn’t get frost bite. Whew!