Movies As More Than Afterthought: The 6th Chicago International Movies and Music Festival 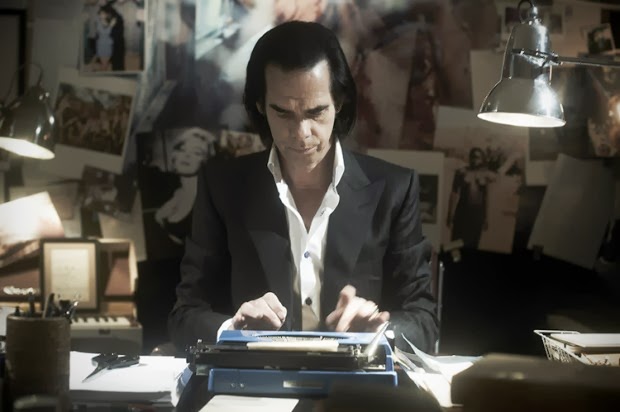 Most festivals mixing movies and music include the former as an afterthought, even if they’re lovingly programmed. That’s certainly the case at SXSW, the granddaddy of them all, and attendance at the film programs of nascent music festivals across the country bears this out. Indie film audiences skew older if not whiter than indie music audiences, so a conundrum is born: how does one get indie films out in front of the same eyes that stare at Pitchfork every morning? It doesn’t seem that Pitchfork offshoot The Dissolve, as good a site as it is, will necessarily provide a solution; they’re covering the same star-driven indies and studio pictures the rest of us are.

They may have figured it out at CIMMFest (The Chicago International Movies & Music Festival), which just finished its sixth year. One encounters this event and knows immediately that motion pictures aren’t an addendum to the music side of things but right at its heart. In a city without a standard-bearer film festival (Chicago International is long-running but lacks cachet; Chicago Underground has a strong reputation but is kept marginal by its very nature), CIMMFest could aspire to such a mantle with a bit of tinkering. Yo La Tango headlined the opening night concert, which drew far more people than that night’s short film screening, but guest filmmakers spent more time clamoring about each other’s work than angling to get tickets for the big show. Spread across a stretch of Chicago’s North Milwaukee Avenue running from Wicker Park up to Logan Square, CIMMFest unfurls over 70 films in four days, nearly all of them music-themed.

The mandate for music-centric pictures puts the program in a bit of a bind; does each year really bring 70 excellent doc profiles or narratives hinging on the dynamics of a band or the lonely crooning of a wayward singer? Perhaps not, but nonetheless film programmer Michael Phillips — working under co-executive directors Dave Moore and Lucia Palmarini — put together an impressive crop of selections, often Chicago premieres generously plucked from Sundance (the outstanding, existentially tinged Nick Cave quasi-doc 20,000 Days on Earth) and SXSW (Memphis soul redux Take Me to the River, which preceded a sterling concert by Stax Records legend Booker T., one of the film’s stars), with the occasional world premiere thrown into the mix. (The only one I caught was a pedestrian, needlessly convoluted locally made narrative feature called We Grew Up Here.)

Although only four people save myself showed up for a Sunday morning US premiere of the Indian animated musical The World According to Goopi and Bagha (those in absentia didn’t miss much), all the aforementioned screenings were sold out. The earlier pair were truly transcendent experiences; they screened in rooms at Chicago’s nicely renovated Logan Theatre filled with the type of energy only eager festival audiences can provide. Retrospective work accompanied by live scores make up the heart of the festival. Former Smashing Pumpkins drummer and Chicago native Jimmy Chamberlin’s new band Mary Shelley provided the tunes to coincide with The Battleship Potempkin. The night before, famed Los Angeles psychedelic optical printing legend Pat O’Neill’s Water & Power screened with live music from local experimental rock outfit Califone. Wrekmeister Harmonies, a misspelled take on the Béla Tarr movie, performed a set accompanying the legendary silent witchcraft fantasia Haxan: Witchcraft Through the Ages.

These programs were among the most talked-about spectacles the festival had to offer, regardless of whether people had seen these films a half dozen times or not. Juried prizes were handed out in a variety of sections covering narratives and docs, shorts and music videos. Metalhead, a rousing Toronto 2013 selection by Ragnar Bragason about a metal-obsessed Icelandic woman, took home the festival’s best narrative feature prize, while the doc award was split between Meerkat Media Collective’s Serbian brass competition excursion Brasslands and the Johnny Cash doc The Winding Stream. Canadian documentarian Ron Mann was on hand to present the festival’s second annual “BAADASSSSS award” (named for Melvin Van Peebles, who received it last year) to SXSW co-founder Louis Black. The unofficial mayor of Austin couldn’t be on hand however; he had recently been hospitalized for undisclosed reasons.