BuzzFeed: The Next Netflix? 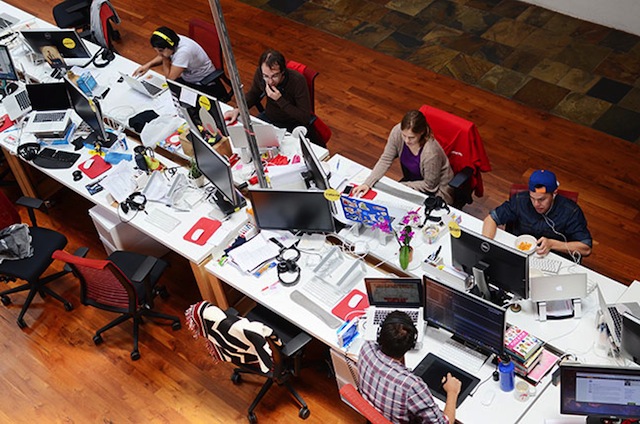 by Sarah Salovaara
in Filmmaking, Production
on Aug 13, 2014

The New York Times broke the news this Sunday that BuzzFeed received $50 million in funding for their Los Angeles-based Motion Pictures arm. Recognizing the massive revenue generated by the company’s video content, BuzzFeed CEO Jonah Peretti hired Ze Frank, “web video pioneer,” to produce a “rapid-fire” stream of everything from “six second clips made for social media to more traditional 22-minute shows” under the new banner. Eventually, the company will look to produce feature-length films and TV series, not unlike Netflix.

Another thing BuzzFeed Motion Pictures has in common with the online streaming paradigm is an unsurprising affinity for data science. In an interview with The Hollywood Reporter, Frank discussed Motion Pictures’ relationship with its parent company: “BuzzFeed has a very robust data science development products team. The products that our producers use to understand the success of their video and what people are saying about their content, that’s all in very tight collaboration with our technology teams both here in the office but also in New York.”

What we have on the rise would appear to be another new age content giant that crafts work for an algorithmically defined audience. Given the relative transparency behind Netflix’s application of data — which Scott Macaulay touched upon on in his House of Cards reflection — should we even be surprised? At this year’s Tribeca Film Festival, House of Cards showrunner Beau Willimon insisted that number crunching has no effect on his work, but surely it does for those who commission it. As riskier financing migrates away from Hollywood and toward the larger, accessible audiences of the internet, is creative control dissipating along with it? Envisioning a specific demographic for your work can help it stand out, yes, but to what extend does that hinder, or shape, the output?