Checkmate Director Timothy Woodward Jr. on Shooting Action and the Futility of Fixing it in Post 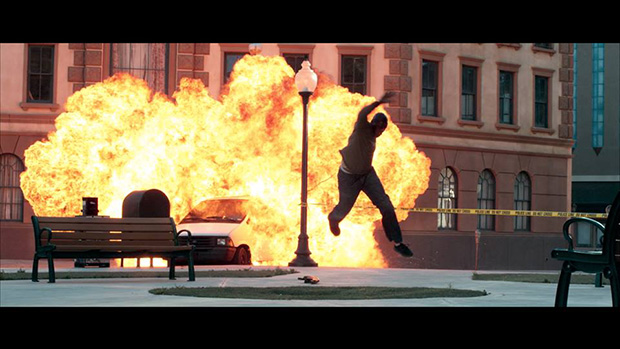 We recently spoke to director Timothy Woodward Jr. about the production of the movie Checkmate. Much of the discussion centered on the Blackmagic Production 4K camera, because this was one of the first feature movies shot with that camera.

But in the course of the discussion, Woodward made a couple of observations about shooting that seemed worth highlighting separately. The first covered the continued importance of practical effects, and the second was about organizing your shooting schedule and why it’s worth getting it right on the day.

Filmmaker: You did a lot of practical effects in the movie?

Woodward: We had a lot of cool action in this picture. We did a lot of practical gunfire to make the actors react. We used real squibs, practical explosions, to give it a real feel and to make it feel really big. 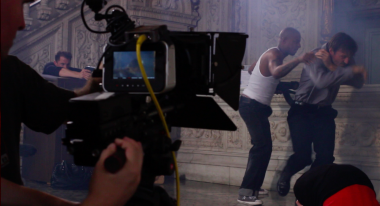 Filmmaker: Why use practical effects rather than VFX?

Woodward: The gunfire adds a lot of elements as opposed to doing CG. You’re going bang and they’re reacting the best they can, but there’s nothing like that bang really happening. I don’t care who you are, you can tell the toughest guys to try not to blink when they’re doing it, and 90% of the time they’ll blink.

Filmmaker: If someone hasn’t directed a movie with practical effects, what advice would you give them?

Woodward: If they can do it, do it. For saving your money you obviously want to do your money shots. Practice dry runs ahead of time, really take your time and actually do a few tests ahead of time and shoot wide. Shoot wider if you have the ability. That was one thing I had to learn; I would try to frame things up perfectly and we’d have one or two rehearsal takes where you had enough space, [and then] you might lose someone’s head.

With 4K it’s a really quick and easy fix, you can actually be shooting a little bit wider and still get the framing you want by punching it in. It just gives you more options and it gives you room for a little bit of error. 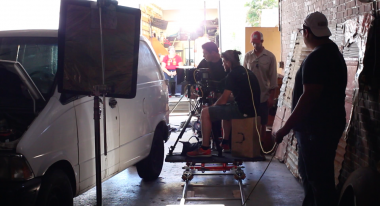 Filmmaker: How is post-production going?

Woodward: A lot of people say “We’ll just fix it in post.” One thing we did on this film was we tried to make sure that we got everything in front of the camera as good as it can be. That would be my recommendation too. Light it the way you want to. Spend the time, pick your battles on things that are really important to you, fight for them. Really try to get it as good as you can before going to post because it’s going to make it that much better. You’re not going to have to compromise.

Filmmaker: This is a decision you made about how you were shooting?

Woodward: Yeah, it’s a growing thing, absolutely. I started directing almost two years ago and now I think I’ve done five films and through the course of it, with each one I’ve learned a little bit more.

There’s been several situations where, a year ago, I would say “we can just fix it” if it wasn’t lit properly or we needed to shoot fast.

With this movie, I took the extra few minutes, the extra hour, the extra whatever it took. And I started making what I call my scene order. I’d write my scenes 1, 2, and 3, and number 1 was the most important to me, number 2 was okay and number 3 was [less important]. That way my AD knew what I really wanted to spend time on and we were always really tight for those scenes performance wise, lighting wise and everything else. That way we made sure that the number 1 scenes were something I was proud to show immediately out-of-camera to the world. That was my thing. If I can’t show it to everyone and it’s a number 1 scene, it’s not good enough.