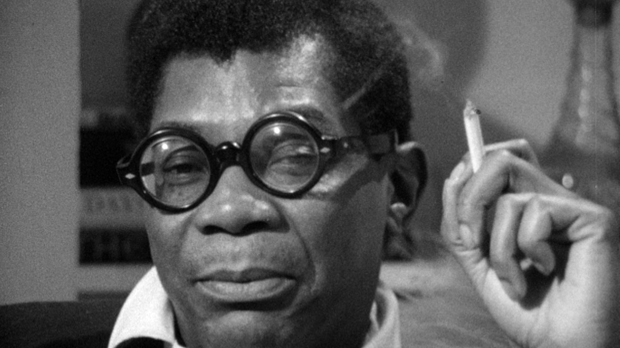 Portrait of Jason Milestone Films — November 11 One-man show, fueled by one scotch bottle, in Shirley Clarke’s living room, one tough night only: Portrait of Jason is a spontaneous monologue delivered by hustler/aspirant cabaret artist Jason Holliday. Prompted and interrogated by a sometimes-exasperated crew, Jason is sharp on race and sex and self-deluding about himself. If his bravado is a necessary survival skill for survival as a queer black man in mid-20th-century America, there’s still a queasy charge in experiencing repeated whiplash as a viewer pinging back and forth between empathy and revulsion. This second volume in Milestone’s restorations […]