The Limits of Quality Control: On Sticking with Mini-DV 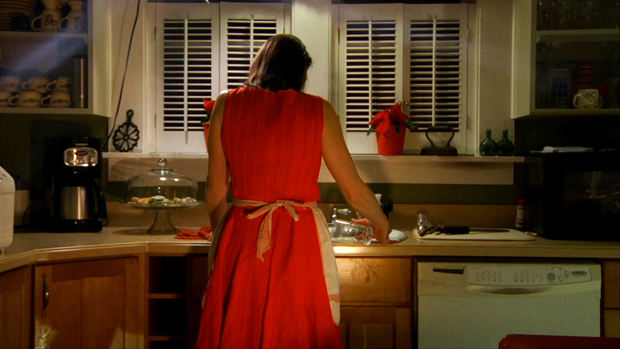 Actress, DVX, Fake It So Real, Fall 2014, Kati with an I, Sean Price Williams

There are many reasons why people get into making movies, but the fetishizing of gadgets might be my least favorite. Cheaper, higher-end video cameras make “quality” more attainable, but no matter how many pixels there might be in a high-definition image, it can’t make a story clearer. Yet, independent filmmakers are often drawn to the newest, hottest equipment, as if the barrier to making a decent movie can be scaled by stacking the latest and fanciest gear and climbing over.

I’ve made four nonfiction features and, like a digital video Luddite, I’ve shot all of them with my trusty Panasonic DVX-100, a mini-DV camera that was once the hot new thing. My films — from Owning the Weather in 2009 to Actress, which comes out later this year — have thus far been what I (and my longtime producers Douglas Tirola and Susan Bedusa) call “exploratory missions.” I bought a camera six years ago and it just makes economic sense for me to pick it up and shoot when I’m heading down my latest uncertain documentary path.

I happen to adore the gentle, hazy digital noise of the DVX image, but economic viability is the main reason I keep using the old thing. Plus, I’ve figured out that “quality” is a subjective concept that has little to do with what makes movies work. This bit of techno-ambivalence has come from lessons learned while flailing about trying to get my documentaries to exist, and it extends into the editing room.

In 2008, I used the DVX to shoot what would become Owning the Weather, a fairly standard interview-and-landscape documentary about humankind’s desire to control the weather. These were the days when high definition was just becoming the standard, and in the finishing stage, I spent way too much money trying to sprinkle the lo-fi images I had captured with magic, high-def dust. The color correction was limited to two days, but I spent a lot of energy trying to make the footage into something it wasn’t. I liked the results fine, but the outcomes were not economically fruitful enough to justify pushing my (and my production company’s and my mother-in-law’s) finances so far.

My next film, Kati With An I, was an entirely different animal, and the first thing I did better was to ask the great Sean Price Williams (a master of the DVX) to shoot the thing. Over three days, Sean took the same camera that had captured images I had so tirelessly labored over and beautifully captured 72 hours of pivotal, emotionally wrenching moments in my sister’s life. I still had DV-level images and no budget. I also had decade-old footage of Kati that was shot on an even lower resolution camera and I was intent on using it. Meanwhile, finishing a film in HD was by now virtually a requirement to get your film seen anywhere.

My solution was to simply lay those DV images in a 1080p, Pro Res timeline and let Final Cut Pro handle the pixels however it wanted. This was something that more tech-savvy naysayers would generally describe as a no-no. Uprezzing is normally considered a delicate process, and my crude method surprised a few postproduction collaborators. Generally speaking, if one is saddled with lower-quality images, the goal is to use dog-and-pony techniques such as hardware converters and proper color correction to smooth out the digital noise. Thanks, in large part, to Sean’s work, this simply wasn’t necessary. By the time the film had gotten a Gotham Awards nomination and more than one person commented that they thought it was shot on 16mm film, I was more convinced than ever that my hunch about the subjective nature of “quality” might be true.

My newest film Actress was made the same way. I shot most of this portrait of actor Brandy Burre on the DVX (using MiniDV tapes), and I did very little color correction, using my old trick of letting Final Cut uprez the images for me. It doesn’t look like a typical 2014 release and, though I think this gives the film a distinctive feel, we’ll have to see if audiences take to it. But the film, which was certainly the most exploratory of missions, actually got finished and will play in theaters across the country and be seen other ways, which is no small feat in this day of volatile distribution.

My next film may or may not be made this way. The DVX method may have finally run its course. I’m certainly not alone in my admiration for its images (Bill and Turner Ross’ next film Western was also shot with it, for example), but with Final Cut Pro 7 dying its slow death and the old workhorse camera starting to show its age, I may need to adjust. Still, I’m completely convinced that filmmaking is now and will always be a balance of possibilities. What matters is what you capture, not necessarily how you captured it. I wouldn’t even have the chance to consider making a “next film” if I had gotten hung up on chasing the latest gizmo.