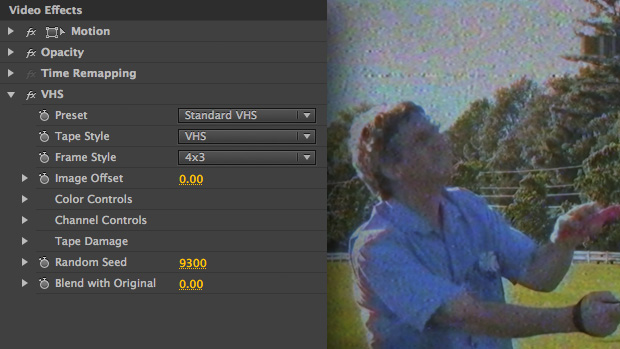 by Michael Murie
in Filmmaking, Post-Production
on Jan 6, 2015

There are a number of things that are different about Red Giant’s effects package Universe. It’s offered as a subscription, but you can get access to a sizeable number of effects without paying a thing. Members of the Universe community get to vote on effects that are being added to the set. Universe is cross-platform, works with a variety of software applications and supports GPU acceleration. You can even try out the premium effects for free with your first month of use.

The effects and transitions of Universe support a variety of environments: Adobe After Effects (CS5.5 and higher) and Premiere Pro (CS 6 and higher), Apple Final Cut Pro X and Motion, and Sony Vegas. Support for Blackmagic’s DaVinci Resolve was added with the 1.3 update in October. Universe now includes 81 effects, including 13 new tools added with the 1.3 release.

While Universe is available by subscription, you can sign-up for a Basic membership, which is free, and provides access to 50 of the effects. Access to the Premium effects costs $10 month, $99 yearly or you can buy a “lifetime” subscription for $399. 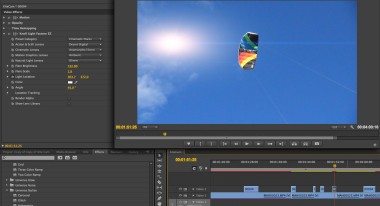 Knoll Light Factory is part of the Premium package

Universe uses GPU acceleration and the majority of effects support 32-bit colorspaces. I am running Universe on a 2.7GHz iMac, so not the fastest machine about, but the rendering of most of the effects was almost instantaneous, and the playback within Premiere Pro CS 6 was very good. Stacking up layers of effects on this machine could start to bog things down a bit, especially with the more complex effects, but performance still seemed better than if doing similar things with Premiere’s built-in effects.

The only problem I encountered was that Premiere Pro CS6 crashed a couple of times when I was cycling through transitions quickly, trying them out. I’m not running the most recent version of the application – though CS6 is supported – so it might not entirely be Universe’s fault. Fortunately, I never lost any files when those crashes occurred.

An effects package can be a great deal, but only if you’re going to make use of several of the effects. Obviously I can’t know what you will need or use, but one of the effects I found immediately useful was the Masked Blur, which is one of the free effects. This lets you choose a mask shape (rectangular or elliptical) and then adjust the shape, position and blur amount, and I found it a great way to add a little more separation between a talking head and a background. I was able to get what I needed very quickly, though I did find the positioning of the shape using the parameters provided counterintuitive the first few times I used it. 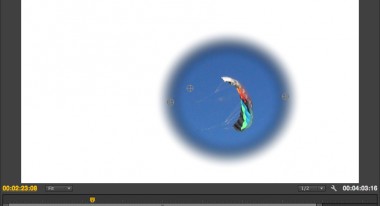 The position and shape are defined by three parameters; Point A, Point B and Radius. Rather than being used to define the top left and bottom right points of the ellipse, or even just the height and width, these parameters are used to…well quite frankly, it took me a few weeks to figure out exactly how they work. It turns out that Point A and Point B are the end points through which the ellipse is drawn. This revelation occurred when I discovered (by accident) that selecting the Masked Blur effect in the Effects Control panel of Premiere displayed the three control points on the Program panel. Using Show Mask as the display Mode, I finally figured out what was going on!

Despite this issue with Masked Blur controls, I’m impressed by the number of parameters and controls available with the effects in Universe. Red Giant offers a number of video tutorials on how to use many of the effects, and which is a good way to see how the Premium effects work.

Some of the other effects I particularly like are CrumplePop’s Grain16, Camera Shake, ToonIt Cartoon and Knoll Light Factory. The latter is included in the section Stylize, which also includes multiple image manipulations; Carousel, Glitch, RetroGrade, Sobel Edges and VHS. The VHS effect is new, and does a nice job of turning your footage into a variety of pre-digitial video formats. And using the parameters you can control the amount of image degradation. Options include Blank Tape and Bad Tracking, and it will either crop to 4:3 or can be set to original aspect ratio.

In addition to effects, there are 16 transitions, of which my favorite is the Zoom Blur transition.

Everyone should take advantage of the free set of effects that Red Giant have made available in Universe. Signing up for the Basic membership also gives you access to the Premium effects for one month, after which they will render, but are watermarked with a red X. If you are signed up as part of the Universe community, you can also vote for new tools at Labs Universe.