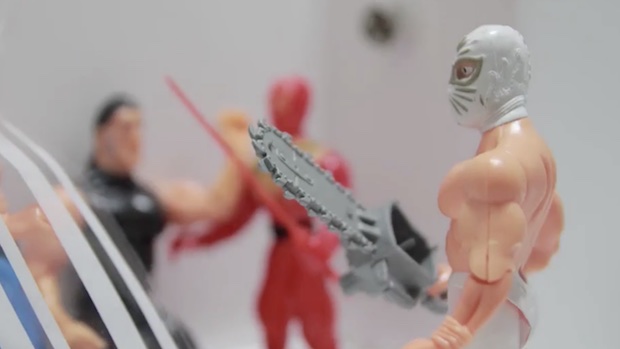 Winning the prize for the best entry in the Borscht Film Festival’s Scarface Redux contest was Florida International University student Martell Harding, whose “Shootout” is 11 intense seconds of action-figure mayhem. Borscht’s crowdsourced remake of Brian DePalma’s modern neo-classic, Scarface Redux consists of, in the vein of Star Wars Uncut, homemade clips reinterpreting the film in a variety of styles and genres. And while Borscht 9 is over, the project is continuing, with some clips yet to be covered.

Meanwhile, though, the competition aspect of the project is over, with Harding’s the winning clip. The filmmaker, who is studying Communication Arts and plans to get a Masters in filmmaking and pursue a Hollywood career, spoke to me for a few minutes about his animated version of the film’s notorious chainsaw murder. 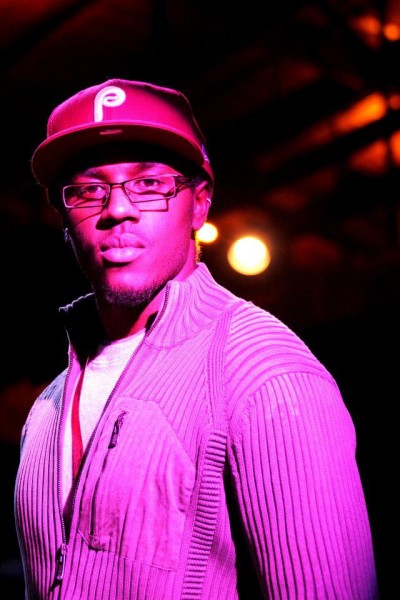 Filmmaker: So how did you hear about Borscht and Scarface Redux?

Harding: A friend told me about it and I had a short film that won the fest at my college. One of my professors, he is familiar with Borscht, and he told me about fest.

Filmmaker: And were you a Scarface fan?

Harding: Actually, I’m not a huge Scarface fan. I’ve seen the movie, I enjoyed it first time I watched it, but to be honest I think it’s a bit overrated.

Filmmaker: Why did you pick the chainsaw scene?

Harding: When I saw the film as a kid — I was 10 years old — I didn’t understand it. It seemed almost like a horror film. My father had a VHS, and I wasn’t supposed to watch it, but I was curious what it was about. So, I checked it out when the parents weren’t home, and that chainsaw scene, which is right at the beginning of the movie, struck me so hard. Now, when people thing of Scarface, they think of [that line], “Say hello to my little friend.” But I think of the dude in the bathtub getting cut up.

Harding: Yes. The other one was live action — still the chainsaw scene, but right before the shootout. That’s the one I hoped to win — the animation was just something really cool [to do].

Filmmaker: Tell me about how you made the clip. How’d you do the effects, like the muzzle flashes?

Harding: I shot it using the Canon T3i, and I edited with Adobe Premiere Pro. For the muzzle flashes and the blood I just used Adobe After Effects. To get the clips, I had to shoot every frame — it was 200 frames for the 11 seconds. It was a process —I had to edit frame by frame. It took a long time. I draw a lot, but it was the first time I did animation on film. That’s what I didn’t expect anything. I was just experimenting through trial and error.

Filmmaker: You say it took a long time. How long?

Harding: It took me a few months — I built the set out of cardboard and tiny pieces of foam and got the action figures from a dollar store. I thought, how am I going to get an action figure with a chainsaw, and then I saw these little wrestling figures, and one came with a chainsaw. That’s too much of a coincidence, I thought. So I put together the set, painted it, and tried to make it look as close [to Scarface] as possible. The curtains are printouts, and the TV, I made it myself. It was a real art project. I started it around July and didn’t submit it until November because just how long it took.