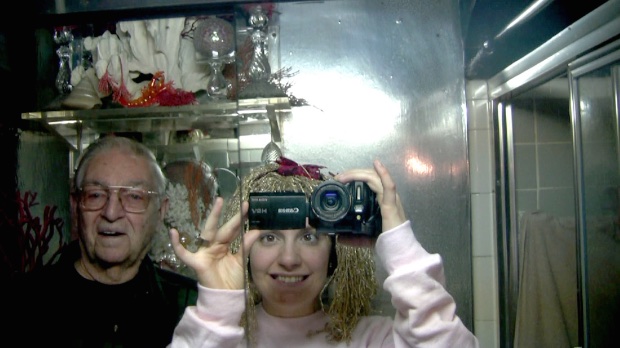 It's Me, Hilary: The Man Who Drew Eloise

by Scott Macaulay
in Cinematographers, Interviews
on Jan 24, 2015

Following 2013’s Teenage, cinematographer Nick Bentgen reteams with director Matt Wolf for a short film about the man behind the look of one of children’s literature’s most-loved characters, Eloise. It’s Me, Hilary: The Man Who Drew Eloise is a portrait of Hilary Knight, whose sharp line drawings visualized for generations the Plaza Hotel-dwelling young girl introduced in Kay Thompson’s books. Executive produced by Lena Dunham and Jenni Konner of Girls, the short film will premiere on HBO in March but receives its festival launch at Sundance on January 24. Here, Bentgen, who directed Northern Lights and shot Ballet 242 and Hide Your Smiling Faces, among other credits, answers questions about his work on this second collaboration with Wolf.

Bentgen: I love working with Matt Wolf. He pushes me to be a better filmmaker, and we’ve worked together for several years. I shot his film Teenage, and I thought that turned out wonderfully. I always learn so much watching him direct. His interviews are incredibly dynamic and in the moment. I was so happy to learn Hilary’s story in that way.

Bentgen: I love the way Matt mixes filmmaking techniques. He uses verite footage, archival material, sit-down interviews, detailed recreations, animation–whatever tells the story best. A lot of my work for him is trying to keep things feeling simple, and that sometimes becomes a difficult challenge in a documentary context. I find it distracting when I see interviews that feel like they are lit, or when color temperatures clash too much. So we gelled windows in some settings that would otherwise be considered verite scenes, and sometimes, we used large soft lighting setups that are more in line with narrative filmmaking than documentary. Matt was always incredibly supportive of those creative risks.

Bentgen: It’s incredibly important to me that our documentary subjects are driving the filmmaking techniques and not the other way around. Even though we sometimes tried some tricky lighting, I never wanted that artifice to become a distracting force during our filming.

Bentgen: We shot on the Canon C300 with Cooke S4 Lenses from Handheld Films in New York.

Bentgen: Corey Jacobs and David Kavanaugh both put a lot of care into designing setups that felt unlit, even during our interviews. We often threw a joker or an M18 into an 8×8 muslin bounce and back through muslin for an ambient feel.

Bentgen: Matt’s interview with Hilary was appropriately rigorous. It unexpectedly took two days to shoot, and unfortunately I couldn’t be there for the second shoot day. Luckily, Paul Yee did an incredible job matching the look of the first day. I couldn’t tell who shot what when we colored.

Bentgen: Sandy Patch conformed all of the archival in the film, and he worked tirelessly to make every shot cohesive. We colored the film with him at Final Frame in New York, and we aimed for an elegant, natural look.