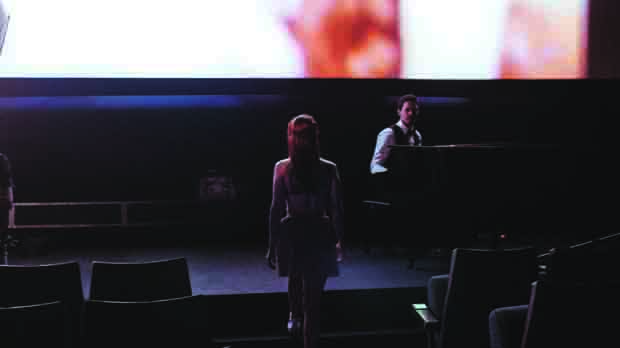 A Swede living in Spain with a background in political science, Erika Lust is not your average feminist pornographer. The award-winning writer-director of over half a dozen erotic films, Lust is now embarking on what she considers her most important project yet. XConfessions is 100 percent crowdsourced, fan-generated erotica. Each month, Lust chooses two sex confessions from among the wide-ranging slew of fantasies posted to her site. (The submission process itself is free of charge. Just create an anonymous profile and you can read or write confessions as well as watch free videos.) Those favorites will then become short films — or, in some cases, sexy swag that the winning confessor receives gratis. (The Cava Ménage à Trois box set of wine from a family-owned Spanish vineyard seems inspired, though I’m partial to the “Queen of Fucking Everything” tote bag.)

Which inevitably brings up the question, will viewers pay to see the ideas that they provided for free transformed into cinema? Will they dole out even more because of their personal emotional investment? Less than a year old, the site seems to be a solid venture so far. According to Lust, XConfessions has received more than 500 submissions from all over the world in a variety of languages, 40 of which have been made into shorts. Perhaps more importantly from a financial standpoint, the site has 500 paid members (who are allowed to stream the films) and 30,000 free members (who can confess and comment — and of course, generate more word-of-mouth buzz).

But Lust also views XConfessions as a Web-enabled way to tap into her audience’s own creativity. “Back when the website was more like Post Secret, where people could post their secret confessions online, I realized I had such a rich collection of great material that could be put onscreen,” Lust recalls. “The public’s imagination is far beyond that of the mainstream porn industry, so I knew they could make great films with the right screen adaptation and direction. Plus, everyone’s a bit of a gossip and an exhibitionist, so being able to confess anonymously gives the notion of power in secrecy. It liberated them, like masks at a Venice carnival or confessing your sins to a priest. Everything is crowdsourced these days, with people sharing their cars through Uber, their homes via Airbnb, and of course ideas. There’s always people wanting to learn about other peoples’ experiences, especially around sex.”

Continues Lust, “I then evaluate the cinematic possibilities of each story to assess how difficult it would be to shoot. Do they have a specific atmosphere that inspires me to think of a unique illumination or set design? Will it portray well onscreen?”

Or perhaps more accurately, screens. Since XConfessions is tailor-made for instant downloads and HD streaming to whichever device the viewer chooses, Lust is obviously also primed to take full advantage of the discreet — and often demanding — smartphone audience. “The Internet is full of glamcore paysites with the word ‘art’ in their brand, which in truth are the same old porn with better lighting, blurred backgrounds and soft music,” Lust laments. “Regarding the adult industry, the bar for innovation is really low. If creatives lose the fear of working in this industry, we will certainly see a change for the better in the future.”

XConfessions can be found at the obviously adults-only xconfessions.com