Somebody Wake Me Up Please 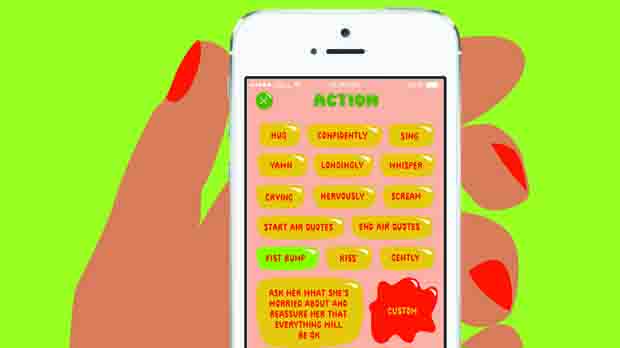 Somebody (Photo courtesy of Somebody)

My phone is ringing. The sound pulls me from a deep sleep. It’s 5:30 a.m., the room is dark, and for a moment I’m confused. As I push the phone into my ear I hear a female voice singing. Slowly it registers; this is the wakeup call that I requested. But I’m not staying in a hotel, and the woman calling me is a complete stranger. The singing stops and the voice on the other end of the line tells me to have a wonderful day. I express my gratitude and ask her name. “Sarah from Dublin,” she replies, and as quickly as the call began, it’s over.

Wakie is a social alarm clock that enables users to request a wakeup call from a total stranger. Or, if you feel generous, you yourself can randomly wake someone thanks to an anonymous automated dialing system. And whether it’s because of or despite the app’s strange novelty, Wakie has built a global community in a short period of time. Users exchange beauty tips, complain about relationships, talk about hookups and often boast about being drunk while they wait for the opportunity to wake someone up.

Today there is an app for just about anything. Many attempt to simplify and automate elements of our lives using to-do lists, maps, reviews and discovery mechanisms. Some apps create warm feelings of connection for users through liking, commenting, following and retweeting mechanisms. Meanwhile, texting has become an intimate volley of people firing messages back and forth in an effort to avoid talking. For many, these exchanges have become normal daily interactions. In fact, they have become so familiar that it’s the old-fashioned ring of a telephone that feels out of place.

Earlier this fall, filmmaker and performance artist Miranda July released a new mobile app that transforms something inherently digital — the text message — into something awkwardly human by adding elements of performance and vulnerability. “Somebody, a messaging service by Miranda July” enables users to write a personal note to a friend and have it delivered, in person, by a nearby stranger. Through onscreen prompts, users can even direct the performance of the stranger delivering it. Details such as time of day, required props and if the message should be whispered, screamed or delivered in a song can all be specified.

A number of entertaining Somebody exchanges have so far been documented, with the original writers receiving “delivery confirmation” in the form of photos capturing recipient and stranger together in the message’s aftermath. In some cases — such as one documented on the first episode of the new Reply All Internet technology podcast — the results of a Somebody communication can be unexpectedly emotional, or even just plain weird, as strangers muster up the nerve to convey intimate notes to surprised recipients in public places.

Sponsored by fashion line Miu Miu, the app is currently undergoing a redesign, and Somebody 2.0 will be released next year. (“It’s just like Somebody 1.0 but it works,” says July about the app’s glitchy version one roll-out and forthcoming reboot.)

While putting a human spin on anonymous messaging, Wakie and Somebody are, in fact, building on an online trend that has been emerging over the last year. Services such as Whisper, Yik Yak and most recently Secret are enabling users to communicate to a social crowd while staying anonymous in the process. Yik Yak has spread quickly by initially targeting college campuses, a strategy similar to Facebook’s almost a decade ago. With $62 million in recent funding and placement on more than 1,000 college campuses, Yik Yak’s focus on location-aware services has caught the attention of Twitter. Rumors have Twitter and Foursquare teaming up to offer a more robust set of location-based services, which represents an interesting change in direction for the former.

While it is unlikely that quirky applications such as Wakie or Somebody will become the next big thing in social networking/messaging, they do offer an interesting insight into human behavior. As more activities compete for our limited time, it is not enough to facilitate frictionless exchanges between people. Every day new services emerge, and the novelty of the first generation of social media is wearing thin. The solutions that Facebook, Twitter and others provide are now a commodity. Yet people remain drawn to stories about people, not things, and random connections that fuel shared experiences offer a different sort of value. The strength of applications such as Somebody and Wakie is that they embrace all the flaws, awkward exchanges and vulnerability of chance encounters in the meatspace. In other words, the imperfections that make us human.