“My Confidence was in the Dumps”: Bob and the Trees | Writer/Director Diego Ongaro 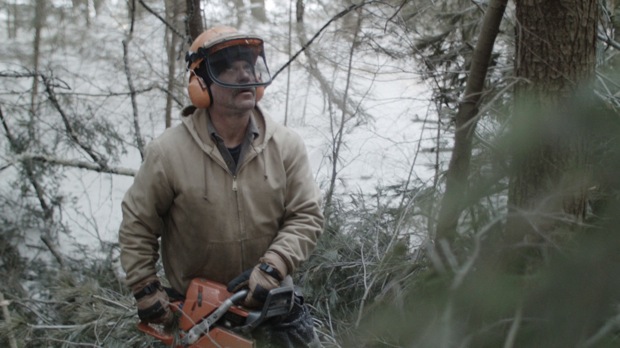 My biggest fear happened with the writing of the script. It came down to lacking confidence. It was very hard to come up with a good story that has enough life in it — real life in it — but also a strong narrative. With my wife and co-writer, Courtney Maum, we kept going back and forth. She’s a novelist so she was pushing for a more scripted story, while I wanted something looser and more contemplative. For years, we couldn’t get the balance right — it was always too much of this and not enough of that. I’d set February 2014 as a deadline for myself to start shooting, and not only was the clock ticking — but we’d just had a baby, too! The pressure of having an infant really pushed things into high gear in a good way. After researching and spending time in the woods with loggers, slaughtering animals with Bob at the farm, things came into focus — I had a better idea of the story I wanted to tell, and the way that we could tell it. In hindsight, I think it was good that the film took such a long time to write. It gave me time to really sit with the story so that I could tell it in an authentic way. But re-visiting those roller coaster years when my confidence was in the dumps over the struggles we had with the script —no thank you. I learned a lot to be sure but it was scary.