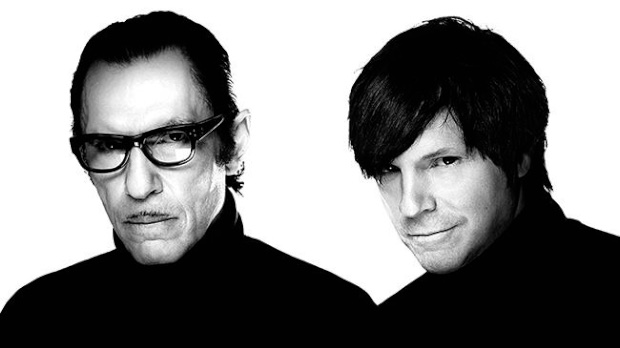 Pioneering electro-disco band Sparks just wrapped a two-night stint in Los Angeles of an orchestral concert version of their pioneering 1974 album Kimono My House. In an interview with Chris Willman at Billboard, the band (brothers Ron and Russell Mael) teases two upcoming film projects. The first is with Guy Maddin, news of whom seems to regularly filter out into the film blogosphere. The second, however, is with Leos Carax, who usually holds his upcoming project cards closer to the vest.

Here’s Russell Mael on both projects:

The other thing we’ve been doing is two movie musical movie projects. One has already been out there as an album of ours called The Seduction of Ingmar Bergman, which we premiered in a sort of live staging at the L.A. Film Festival three years ago. It’s to be directed by Guy Maddin who is an amazing director, and we just thought his sensibility would work with this story, which is: What if Ingmar Bergman had been lured to Hollywood with the idea of being able to take advantage of the money that’s available to him here to further his art, but then he got locked into Hollywood in his own worst nightmare? Then there’s a second project we’ve worked on — a full movie musical with the French director Leo Carax, whose last film was Holy Motors. These two projects are sort of running their simultaneous course; this project with Leo Carax is moving along the fast track quicker than the Bergman project has. These won’t be done in a Broadway, razzmatazz kind of way. They’re both all music, where sometimes the story is being progressed through dialogue that’s done in a hyper-stylized, sung/spoken way. They’re both pretty uncompromising, but at the same time we think they’re really accessible. Going back to Kimono, especially with the song “This Town,” it was its uniqueness that appealed to a lot of people.

And we have a bit of history with both these directors. Guy Madden has a brand new film that just premiered at Sundance called The Forbidden Room, and it’s not a musical, but it does have a musical sequence that he asked us to do something for, so we did a song called “The Final Derriere.” And in Leo Carax’s last film, Holy Motors, he used one of Sparks’ songs from our Indiscreet album.