Eight Thoughts From the Pitch Round Table at Hot Docs Forum 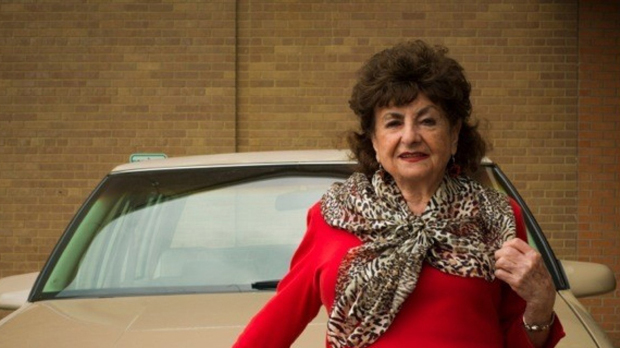 From April 23-May 3, Hot Docs, North America’s largest documentary film festival spread its wings across the theaters of Toronto. Against that backdrop, the 16th Annual Hot Docs Forum and Conference Market featured another opportunity to glimpse the inner workings of documentary film funding and pitching. With 19 scheduled pitches (and one project picked out of a Mountie’s hat), I was once again given the chance to take the pulse of the documentary marketplace. Below are several thoughts culled from the front row at those pitch proceedings.

1. Get Your Trailer in Order

So you’ve been chosen to be one of a select group of 20 producers in one of the premiere pitching events in the world…now what? Well, maybe hold off on contacting that publicist for just a minute. The first item on your checklist might need to be getting your pitch trailer perfected – and aimed directly to the assembled broadcasters. Unlike a fundraising trailer or a trailer designed for getting audiences to come to the theater, a pitch trailer needs to hit a few different marks in order to sell your film to a broadcaster.

Unfortunately, in this pitch session, with less-than-complete or sometimes even misleading trailers, many of the conversations with the broadcasters after the pitches ended up focusing on clarifying the trailer. Sometimes it was a misstep in representing the tone, as was the case in The New Missionaries, a documentary on women’s reproductive health and the Raëlian religious cult’s moves into Burkina Faso. There were some positive remarks, but also several pointed comments regarding the glib tone of the trailer, which left some commissioners wondering if the producers would be able to handle the serious aspects of the subject matter (and not just the humorous parts).

If it wasn’t uneven tone, sometimes a misrepresentation of the style in the visual material of the trailer was called into question. For Playing God, a documentary about a lawyer who gets to decide compensation for families after tragedies, the producers ended up having to respond to the lack of intimacy in the interview footage. As it turned out, the trailer they used had repurposed footage from an earlier short film and, according to the filmmakers, wouldn’t reflect the full-length documentary’s style. With commissioners having a scant seven minutes to respond to the project, the trailer is one of the most impactful ways of getting your project across – and hitting the tone and style in a representative way can speed that process. The producers of Big Sonia, a documentary focused on a nonagenarian Holocaust survivor with a big personality, discovered this pitfall firsthand. Promising a film told from her grandmother’s perspective, director Leah Warshawski had to justify the trailer, which only used a few lines of dialogue from Sonia. This led to a critique from DRTV’s Mette Hoffman Meyer, who wondered aloud if the film would really be “told in Sonia’s voice,” as the pitchers claimed. If you end up spending critique time justifying choices in the trailer or apologizing for it, you may be missing out on making as big of a splash as possible on one of the doc world’s biggest stages.

Maybe it’s the change in seasons – or the sudden announcement at the end of the first day of the Forum that POV Executive Director Simon Kilmurry had jumped from his position there to become the Executive Director at IDA (International Documentary Association) – but new faces and renewed vigor and interest from one of the foremost American homes for documentary programming was in full force. From the newcomers to the table — Noland Walker and Marie Nelson — injecting some well-thought out commentary during the critiques, to an appearance by WNET executive Julie Anderson at the table alongside a pitch team, the public broadcaster was making a few more waves than it had in the previous several Forums. A sign of things to come? After a very public disagreement between PBS/WNET and independent documentary producers in the fall over the scheduling of Independent Lens, it seemed to give some credence to the idea that PBS and its member stations were actually looking at ways to become more involved and aggressive in the marketplace. In particular, PBS’ Nelson lobbed constructive commentary toward producers and offered ways they might end up working with PBS on their projects. Perhaps a good sign for documentary filmmakers looking for a stronger partner in the American market.

Broadcasters at other channels seemed to be offering more than just lip service and kind words at the table. In addition, several newer channels made appearances, either on scouting missions (like in the case of long-time media powerhouse Canal+) or to reaffirm their interest in the area (in the case of Al Jazeera Arabic and English). To differentiate in this competitive market, on more than one occasion a commissioner stepped up and offered full-throated support in the form of monetary or distribution support. The BBC’s Nick Fraser was grabbing second-window broadcast opportunities for several projects with the World Channel initiative, which is intended to deliver documentary broadcasts to underserved parts of the world. In light of those events, the market seemed more vigorous than in previous years. Shortly after the Forum had wrapped, big changes also rippled through broadcasters Al Jazeera America (which released its CEO), as well as the CBC (where longtime commissioning editor Catherine Olsen announced her departure). We might have to wait until the next Forum, though, to find out how this will impact documentary producers in the international market.

You never know when your name might be called – or you might find yourself at a table next to a wealthy donor who is asking you, “So, what do you do?” So, it’s always a good plan to have your pitch ready and able! If you’re ready with a solid pitch, you might be able to cut through some of the obstacles to a great opportunity. This is even more true when you find yourself as an observer at the pitch forum and become the one project picked out of a Mountie’s hat to present on the second day of the Forum. That’s what happened for producer Brendan Byrne’s project, Searching for the Mercury 13, a character-driven exploration of the untold history of women in the space program directed by Geraldine Creed. The trailer was fronted by the septuagenarian astronaut Wally Funk and her lifelong dream of making it into space, whose attitude and verve stole the show. The trailer also hinted at the basic act structure, featured the characters and showcased the visual style tying it all together. The solid trailer wrapped up to a loud round of applause from the observers at the Forum. It all added up to an unexpected “Cuban Hat for the Best Pitch” award at the Forum this year for the producers and the spoils that bestows: a small cash prize of collected money from attendees, but most importantly, more prominent placement on the radar of a lot more broadcasters than before.

Several of the projects featured at the Forum had budgets cresting near $1 million – a high water mark for documentary productions, which typically rest somewhere in the $650,000 range. While some of the projects had mitigating circumstances for the high range (increased outreach campaigns, budgets for music and clip licensing), the fact that these numbers didn’t seem to discourage the commissioners from voicing support or interest may signal a shift in the market…

6. …Or Maybe Things Are Still Tough Out Here

…as evidenced by the pitch for In Jackson Heights, from longtime documentary luminary Frederick Wiseman. Admitting that this was the first time he had ever pitched a project (and, perhaps, because of costs in the documentary world, the first time that he had ever been forced to do so!), Wiseman let his trailer do most of the talking for him. While commissioners appeared to be largely awestruck, some still attempted to bring Wiseman into the more standard broadcast fold, gently wondering if he might be able to make a film under 3 hours in length for their audiences. Wiseman dismissed any notion of that, saying that he needs the time to properly represent his complex topics. In light of the auteur’s body of work, Nick Fraser indicated that he was planning on curating a number of Wiseman films for the BBC to run in their own block.

7. Sometimes It’s As Simple As a Title

Highly regarded pitch Living With Giants received accolades and a boost from the Shaw Media-Hot Docs Completion Fund with an award for Best Canadian Pitch and $10,000 but faced some stiff criticism during its pitch in regard to the title. With a logline that draws attention to a complex character study of an young Inuk man’s difficult life coupled with an intimate and beautiful trailer, the title fell short in generating the heat some commissioners were hoping for. (Polled at random, several doc producers at the Forum thought it had to do with surfing or possibly Everest). Fortunately, in a bit of round-table pitch chess, as one of the producers of the documentary vigorously defended the sanctity of the title, another producer from the project stepped in and graciously admitted that for the right price, they would be very willing to explore other options. It is a good lesson, nevertheless, that if your title doesn’t grab a viewer and pull in the audience that you want, it might be a good time to find one that does. You can’t copyright a title, but it is certainly another tool for selling your project to an audience.

One of the most sought after “close-up” informational sessions at the Forum market was with Netflix. In an intimate side room, an executive with no real title (Netflix doesn’t really do titles, exactly) pitched the concept of “making the documentary match the publicity.” This is the guiding principle behind many of the Netflix acquisitions and co-productions – the marketing engine that drives the Netflix bus. The key point to understand is that not every project is a good fit for Netflix, but with a project that could properly harness and benefit from the typical big-budget marketing that Netflix is accustomed to offering, it might be worth sending them a rough cut of your opus. Think about the kind of publicity that House of Cards or Orange Is The New Black experiences – and then decide if your subject and program can withstand that kind of media heat and scrutiny before sending them a pitch.

Eli Brown is an award-winning independent filmmaker and member of The D-Word. His work has been screened on PBS, A&E, Discovery ID, TV One and in film festivals around the world. He owns and operates the production company, Burst Films LLC. He can be followed on Twitter at @postbrooklyn.